ST. PETERSBURG — Faith Memorial Missionary Baptist Church, under the leadership of Pastor Robert A. Vinson, Jr., celebrated its 50th church anniversary Sunday, March 17. The theme for the occasion was “50 years of Faithful Service – Recognizing our Past, Discipling the Present, and Praying and Preparing for the Future.”

Mayor Rick Kriseman spent a portion of the morning worship service with the congregation and issued a proclamation declaring March 17, 2019, to be Faith Memorial Missionary Baptist Church Day in the City of St. Petersburg.

Both services were spirit-filled as Brown and Evans delivered rousing sermons, and songs of praise brought the worshippers to their feet as they gave thanks for 50 years of faithful service.

The Faith congregation acknowledged its founders and pioneers and highlighted its beginnings in 1969 when “a group of Baptist believers” led by Maude Harris decided to permanently establish a seat of worship in what is formerly known as the Park Theater on 18th Avenue South.

The establishment of the permanent location, 1800 18th Ave. S, followed a temporary worship site at the Masonic Hall on Union Street South.  By the time Faith was formally established in Feb. 1969, the church was under the leadership of Rev. Fate Blasingane who served until his death in 1972.  Following his death, the church elected Rev. Dr. Bragg L. Turner who served from Sept. 1972 until his death in Aug. 2014.

The church underwent several renovations and additions in various areas of the property and experienced much growth between 1972 and 1996.  Following Turner’s death, the church elected Vinson, Jr. as their new pastor in 2016, and he will celebrate his third anniversary in April.

Pastor Vinson leads the church under the 2019 theme “Growing Relationally in Discipleship Through Christ.”

Happy anniversary from The Weekly Challenger! 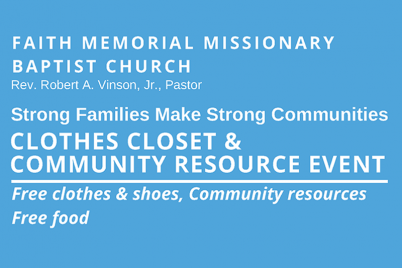 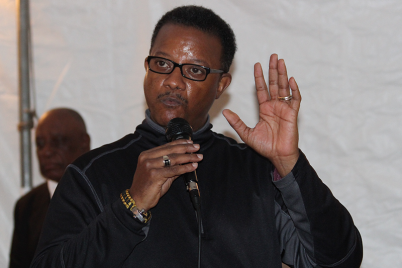