A dramatic increase in hate crimes and harassment, abuse, and violence fueled by bigotry has followed the election, causing traumatic stress, anxiety and fear among many children and adults. Some people feel the election gave them permission to openly express and act on bigotry — but this is not political. Making people feel unsafe is not a political opinion, it’s simply unacceptable.

This is a human issue, a health issue. This kind of harassment contributes to stress in those targeted and can look like PTSD, with symptoms that include depression, fear-induced sleeplessness, inability to concentrate, loss of appetite, anger, emotional withdrawal and suicide. The human and economic costs to us all are enormous.

We must respond. We must speak up against bigotry and in favor of building a community that embraces our ideals. But how? I have a few ideas.

1. Intervene when you see harassment. The priority must be the safety of the person targeted. Get close and position your body between them and their assailant. In a calm voice, let them know you’re there for them. Often, the combination of being ignored and the buffer provided by your presence will frustrate and stop the bully. If not, try to walk away with the targeted person, creating more space between you two and the bully, and ask others for help.

The second step requires greater courage, strength and skill: Challenge the bully and say that what they’re doing is not OK. We must not allow space for bigotry nor opportunity for harassment. You may want to strike back when you see this kind of behavior. That’s understandable, but not effective. Violence, especially, must not be among our responses because it is illegal, immoral and impotent.

Our challenge must be as thoughtful as it is earnest, as calm as it is strong. There’s no script that will work in every situation, but we must find a way to say — being mindful of our safety — that what the bully is doing is wrong and that we want to live in a world in which all are accepted and included.

If you can record the encounter, do so. Bullies don’t like being held accountable, so knowing their actions can be broadcast and shown to authorities can slow them down.

They are not likely to transform on the spot, but they are likely to back down. Perhaps some will think about your stand and your words later. More importantly, you will deliver a strong message to the person targeted and others around you.

3. Work through your own feelings in positive ways that do not add to the stress of people in the targeted groups. Write a journal, pray, talk with friends who are not targeted, chat with your clergy, or talk to a mental health professional such as those excellent people you’ll find at Family Service Madison.

Please do not ask people of color, Muslims, Jews, women or members of the LGBTQ community to process your feelings with you. They are targets in a hostile environment, living in mental, emotional and physical harm’s way. The emotional load they are likely carrying is exhausting, and the last thing they need to do is carry the weight of your emotions too.

4. Support people in ways that allow them to deal with their stress as they see fit, not as you think best. If you do reach out, offer your ear without forcing a response — a simple, “I know you must be dealing with a lot these days, and I want you to know that I’m here if would help to talk.”

5. Remember that caring for people is not a commodity exchange and not collusion: Don’t act in caring ways with an expectation of getting anything, even gratitude, in return. Our job is to be the best we can because that’s who we want to be. How others respond is irrelevant.

6. Take time to talk about our ideals. Our national motto E pluribus unum means “out of many, one” — from our rich diversity arises one nation. Our Declaration of Independence proclaims: “We hold these truths to be self-evident, that all men are created equal.” Let’s acknowledge our duty to one another. Let’s declare: You are safe, you are valued, you are us.

There’s more we can do, of course, and we will learn along the way. It’s time, now, for us to begin. 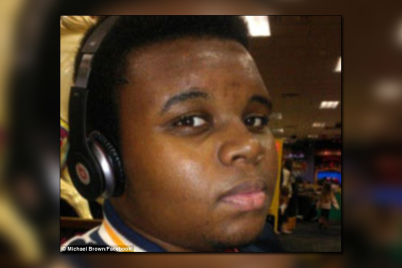 New video suggests Michael Brown did NOT rob store, but was involved in drug deal with clerks

By CLEMENCE MICHALLON FOR DAILYMAIL.COM A never-before-seen video sheds new light on the…