Founded by Willie Lee McAdams, Happy Workers Day Nursery and Kindergarten, as it was originally named, served its community, taking care of unsupervised children while their parents worked. One of Pinellas County’s oldest social service agencies, Happy Workers has provided affordable child care to the community since 1929.

In 2016, financial issues became prevalent for Happy Workers. Poor conditions caused by aging buildings along with other violations such as missing background checks on employees put Happy Workers at risk of losing both the Early Learning Coalition (ELC) contracts and United Way funds.

“Maria Scruggs was the one who reached out to us,” said Arthur O’Hara, executive director of R’Club Child Care Inc.

O’Hara has a bachelor’s degree in political science and sociology from the University of South Florida, and a master’s in social work from Florida State University. He has been a part of R’Club for 18 years, helping to oversee 48 before and after school programs held in elementary and middle schools.

“As a nonprofit agency, we’re neither black nor white,” O’Hara stated adamantly. He feels that the community owns all nonprofits; therefore, all their information is available to the public either openly or upon request.

R’Club incorporated in 1976 as a not-for-profit organization seeking to provide high quality, accessible and affordable childcare throughout Pinellas County. It has continued to grow over the years responding to, and meeting, community needs. One such need comes in the form of Happy Workers.

O’Hara feels kids should be receiving a high-quality early education. This is something he witnessed not happening during his time as a school social worker and running residential programs for delinquent children.

During that time, O’Hara encountered many children entering elementary school unprepared because they could not read well.

“That’s what led to those ‘failure factories’ that were identified by the Times,” said O’Hara. He believes education is the key to success, and there’s no reason why everybody should not have access to high-quality education.

O’Hara was contacted in Dec. 2016 by Happy Workers. They were interested to see what it would look like if R’Club got involved. For R’Club, there was only one option. They would need to fully manage the property. Like any costly business expense, it was the only option to protect their investment, O’Hara explained.

In Feb. of last year, Happy Workers finally agreed, and R’Club started to run the facility through a management agreement. In Aug. of 2017, the property was fully acquired by R’Club.

“I think the name is important because it’s got a lot of history to it,” said O’Hara.

Happy Workers, an R’Club Early Learning Academy, is the name established by R’Club. O’Hara said it was essential to keep Happy Workers in the title; it represents a proud historic site in south St. Pete, a community that Happy Workers will continue to serve.

Taking ownership was just the start to ensure the survival of Happy Workers. First, repairs were needed to make sure the buildings would pass fire and safety standards in order to maintain ELC contracts and funding from the United Way.

Then R’Club implemented background screening, added extra staff and provided new curriculum taught through the R’Club program. Some people stayed, others left, according to O’Hara, but this is what was needed to keep the operation running.

R’Club then started getting money for much-needed renovations to the aging buildings. They received a grant from the state legislature for $350,000. The county provided $150,000 through BP funds, and R’Club privately raised about $1 million. O’Hara feels they will probably need another $100,000 to fully complete the project.

Breaking ground in Jan., the church was the first building renovated. Built in 1928, it is the oldest building in the complex. Now complete, it has been converted into the office for Happy Workers.

The old office, which is the newest of the buildings, has been gutted and is undergoing renovation. Upon completion, it will house two new classrooms, a class each of three and four-year-olds.

He explained the biggest setback to completing renovations has been the permitting and inspection process because of the influx with construction in St. Petersburg. The entire renovation should be complete by next June.

After completion, Happy Workers is expecting approximately 130 students when full. Currently, they are operating with 60 kids in attendance.

Many leaders in the African-American community attended Happy Workers; many still live in the area.

“All we have done is preserve an asset in south St. Pete,” said O’Hara.

Cory Cole is a student reporter in the Neighborhood News Bureau of the University of South Florida St. Petersburg. Visit nnbnews.com for more info. 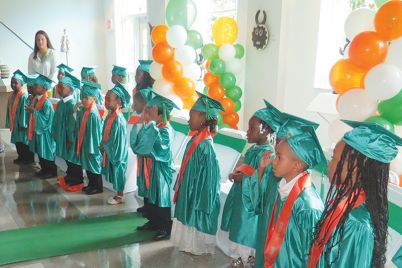 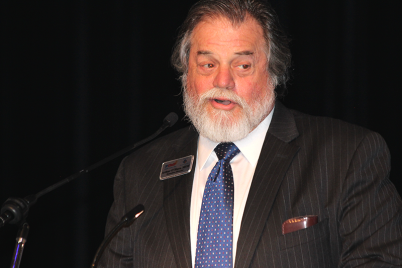 St. Petersburg Branch NAACP: Living up to its promise