Family feuds can get ugly. For as long as people have been getting married and starting families, they have been feuding. Today, it is more common for family members to turn to the courts to settle their differences, but it has been happening throughout history. More than 2,000 years ago, Paul the Apostle admonished new followers of the Messiah in the church at Corinth to refrain from taking their brethren in the faith to court. “Dare any of you, having a matter against another, go to law before the unjust…?”

In 1855, Joseph Spencer was feuding with his sister’s husband, William Dungey. As is often the case with family feuds, things took an ugly turn when Spencer accused his brother-in-law of being a “negro.” Even today some non-U.S. born people consider it an offense to be mistaken for being a black American. Despite the fact that many immigrants also trace their ancestry back to the African continent before the travesty of the slave trade, many are emphatically opposed to the idea being stripped of their ethnonational identity upon arrival in the United States. For them, to be recognized as an American ‘black’ person is a reference to the loss of ethnic identity, an experience with which they refuse or cannot identify.

The experiential reality today is born out of the legislative reality of yesterday. When Joseph Spencer accused his brother-in-law of being a negro, it was more than just an insult. In 1855 if believed by local officials, an accusation of being called ‘negro’ would have resulted in the loss of his marriage, property and his right to continue to live in the state of Illinois. Just two years earlier, the Illinois legislature passed the “Black Codes” following a directive of the 1848 state constitution to “pass such laws as will effectively prohibit free persons of color from immigrating to and settling in this state.” The legislators not only prohibited free persons of color from immigrating to the state, but continued to build on the precedent established by other states by declaring that “one-fourth negro blood defines a mulatto, or makes a black man.”

“Now we know actually what a black person is he may be the offspring of an African, or be the child of a person purely of European extraction, with another European whose father or mother was an African.” ― Zebina Eastman, “The Illinois Black Codes”

William Dungey had no choice but to respond to what he considered to be a slanderous act. His brother-in-law had dubbed him “Black Bill” and it was causing him harm. In October 1854 Dungey retained 46 year-old attorney Abraham Lincoln to respond to his brother-in-law’s libel. In April 1855, Lincoln filed suit against Spencer and after some legal wrangling, a hearing was set for the following May. Spencer’s attorneys, Clifton H. Moore and Lawrence Weldon, immediately went out to build their case against Dungey which was set for October 1855. They traveled back to Dungey’s home town of Giles County, TN to depose people who claimed to know his family.

Lincoln was prepared with a defense that memorialized his superior legal mind, elevated the complexity of the social construct of race and emphasized the criminalization of being a negro or black person in the United States. Despite his client sitting in court with the face of a black man with a light complexion, Lincoln’s argument was simple, Dungey was not negro. He was not black because his ancestral origins were of Portuguese descent, not the ambiguous, non-specific ancestry of being negro or black.

Slavery still in full effect in much of the nation, Lincoln was not seeking to absolve all people with skin that might be misinterpreted as black of the “crime” of being negro. He was simply drawing a distinction that one who could identify their ancestral origins of something other than black, to a specific culture, people group or nation was not subject to the same statutes that governed those who were or had been marred with the shameful badge of blackness. Despite the defendant’s claim that the white community in Dungey’s home town considered he and his family to be “negro,” or of “mixed blood,” Lincoln pointed out that no one who lived within 30 miles of the plaintiff was present to testify to that effect. Lincoln drew the distinction that not only was Dungey not negro or black, but that he quite possibly was of Moorish ancestry, by way of his Portuguese descent that would account for his skin tone but separate him from the domesticated amalgamation that defined those who were still in or who had emerged from the bonds of American captivity.

Scholarship on the ethnic origins of the Moors is quite broad, but most agree that the Moorish people are themselves an amalgamation of 7th century of North African Arab, Sub-Saharan and West African descent who migrated to Spain and then Portugal over the next 7 centuries. By the 15th century, the African slave trade in full swing, Portuguese colonies were thriving in South America and by the 16th century they were arriving in North America. This was also the peak of the Ottoman Empire, which found reluctant allies in the slave trade with the European states. The result of this difficult alliance resulted in the early arrival of Turks in the “new world.” By the late 17th century, the first English colony of Virginia was faced with the daunting task of trying to reconcile and take census of the many people groups that it found in the region as it set it sights toward legislated enslavement of people with visible volumes of melanin.

In November 1682, legislation was passed that forged all “Negroes, Moors, Mollattoes or Indians” into a new ‘racial classification’ of Negro, “all servants except Turkes and Moores”. Again, the scholarship is quite broad on the reasoning for this distinction, but some point to unspoken agreements with North African rulers during the Ottoman Empire that in later years would be codified in a series of treaties known as the “Barbary Treaties”. The treaties, dated from the late 18th century through the near mid 19th century, set forth a number of agreements that provided certain civil and religious protections to those who arrived in early America from northern Africa. Lincoln was no doubt familiar with this distinction and sought to rely on this legislative precedent to make the case for his client, “I say my client may be a Moor, but he is not a Negro.” Lincoln won the case, with prejudice.

In the years to come, due to the effects of mass homogenization of ethnicities with melanin and the decline and eventual fall of the Ottoman Empire, the distinction between the legislated class of people recognized as negro and those who received legislative protection from being identified as negro was lost to history. In America, if you have melanin you are black unless like Lincoln, you can find some compelling argument for why you are not. Lincoln’s friend, editor of the Chicago Magazine and author of “The Illinois Black Codes,” Zebina Eastman said, “What an awful inference used to come from this idea of color! The devil is made black; in Africa, the devil is white.” 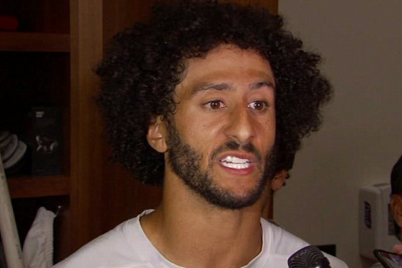 NFL executives have revealed they hate Colin Kaepernick and believe he is a traitor, a… 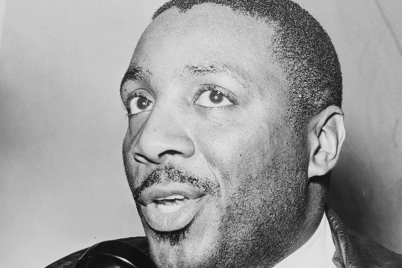 By E. James West | Black Perspectives In March 1969, at a grade school in Washington,…