ST. PETERSBURG – Michèle Alexandre, a top 50 law professor and noted civil rights, gender and race scholar, was appointed this week after a nationwide search as the new dean of Stetson University College of Law in Gulfport, The Weekly Challenger learned Monday.

Alexandre, whose appointment announced Wednesday by Stetson officials becomes effective in June, is the first black dean at the Stetson College of Law, Florida’s first law school founded 119 years ago as part of Stetson University based in Deland, Fla.

“Dean Alexandre brings an extraordinary wealth of vision and experience to this position,” said Dr. Noel Painter, Stetson University executive vice president and provost in a statement made available to The Challenger. “Her work in civil rights and gender equity fit hand in glove with Stetson Law’s emphasis on social justice and global citizenship and our ongoing work for veterans, the elderly and the environment.”

“I am thrilled to serve as the next dean of the College of Law at Stetson University,” Alexandre told The Challenger in an email. “The College of Law is a leader in social justice, advocacy, legal writing and internationalization. Specifically, the law school is ranked number one in trial advocacy and number three in legal writing in the nation by U.S. News & World Report.”

“I am delighted to continue this legacy of excellence, with a lens on social justice and innovative student-centered programming,” she continued. “I can’t wait to collaborate with all constituencies at the law school, with the university, as well as with alumni in Florida and across the nation, to continue this tradition of excellence!”

Alexandre, currently serving as associate dean for Faculty Development and Intellectual Life, professor of law and the Leonard B. Melvin Jr. Lecturer at the University of Mississippi School of Law, is the author of the civil rights textbook “The New Frontiers of Civil Rights Litigation” and “Sexploitation: Sexual Profiling and the Illusion of Gender.”

She was touted as one of Ebony magazine’s Top 100 Influential African Americans of 2013 and one of the 50 “Most Influential Minority Law Professors 50 Years of Age and Younger” by Lawyers of Color magazine in 2013.

From 2008-15, Alexandre taught law school courses at the UM in Constitutional Law, Civil Rights, International Human Rights, Gender and the Law and Critical Race Theory, among others.

She also works on issues of sustainability and economic independence for small farmers in Mississippi’s Delta where, along with other rural Southern locations, farmers have lost or had stolen millions of acres of farmland and fought through lawsuits to garner their fair share of racially denied FHA-backed loans.

Moreover, since 2012, Alexandre has organized the National Race and Sustainability Conference hosted by UM. Conferees focus on issues of sustainability and social justice for poor populations of the rural south.

With her stellar qualifications, “Michele Alexandre will lead Stetson Law in educating the next generation of outstanding Stetson lawyers,” said Stetson University President Dr. Wendy B. Libby. “She is the right person to affirm and build on our reputation for excellence.”

Those qualifications include her extensive record of research presentations, publishing book chapters and law review articles that touch on gender and race, critical race theory and other issues to which Alexandre applies her critical eye and laser focus. 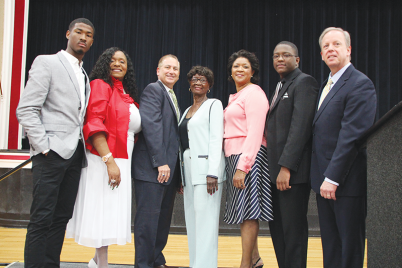 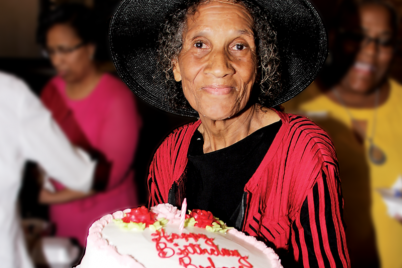 BY ALLEN A. BUCHANAN, Staff Writer PETERSBURG – More than 40 friends and family shared… 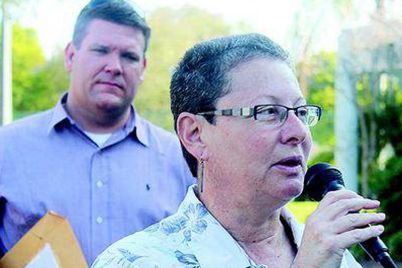