By STEPHANIE HANEY FOR DAILYMAIL.COM

A South Carolina man who has been accused of shooting his live-in girlfriend and her son has now been charged with murder after the seven-year-old boy died from his injuries.

X’Zavier Sharif Davis, 26, is accused of shooting at a vehicle containing his girlfriend, their two children and her son from a previous relationship following an alleged domestic dispute at their home early on Saturday morning, the Newberry County Sheriff’s Office said in a Facebook post.

By SNEJANA FARBEROV FOR DAILYMAIL.COM Police in Baltimore are searching for a partially…

‘Looks like girl was punched in stomach’ – Deaths of toddlers, aged 2 & 3 investigated as homicide

By Ashley Collman and Timothyna Duncan For Dailymail.com Police have opened a homicide… 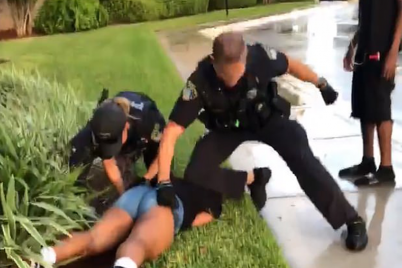 By MARLENE LENTHANG FOR DAILYMAIL.COM This is the horrific moment a Florida cop…