ST. PETERSBURG – Mark Gallinari started planting new hibiscus plants and trimming the older surviving foliage at Playlot #3 as early as 7 a.m. last Saturday morning to make way for the local community gathering of children and adults to celebrate the spirit of Juneteenth.

“I’ve done this twice since I’ve been working for the city,” said Cratic, who referred to Playlot #3 as “the gem of the neighborhood because it has recreational facilities to provide activities for kids outside.”

Cratic talked about her childhood growing up in the neighborhood between 18th and 26th Avenues. She said, “that was everybody’s neighborhood and they had different parks back then for us to play in.”

Gallinari has worked for St. Petersburg’s Park and Recreation for nearly 30 years. For him, cleaning the park was the neighborly thing to do.

“It was just the neighborhood service thing to try and help everybody out,” said Gallinari about coming out so early in the morning to plant flowers and shrubbery.

The event symbolized all aspects of the community working together for the common good of all. For it is this characteristic that manifests the essence and importance of celebrating Juneteenth.

Juneteenth commemorates the day the Union Army Major General Gordon Granger arrived in Galveston, Texas, to deliver the news to the slaves that they had been emancipated by President Abraham Lincoln.

However, the news arrived years late and with much resistance. Consequently, Juneteenth has become synonymous with the total abolition of slavery.

“There have been people who have died for us to have the right to vote, so it’s important that we come out and acknowledge this and continue to be role models and leaders for the next generation,” said Paulette Jones, president of Midtown Celebrity Club.

She started the organization with the mission to provide a foundation for youth to promote their creativity and has for the last few years organized the city’s Juneteenth activities.

Coach Thomas English has collaborated with Jones to help celebrate Juneteenth for the last three years.

“You have to let America know about Juneteenth because a lot of people don’t know what it is or what it means,” said English.

The event at Playlot #3 was one of several happening in south St. Pete to commemorate the essence and legacy of Juneteenth. Less than half a mile east, the St. Pete Business League hosted its first Juneteenth Business Expo at the Enoch Davis Center.

The expo redefined the application of Juneteenth for the 21st century and the millennial generation.

“It’s all about the chances we take and the opportunities we make,” said nationally known producer and filmmaker Cranston Cumberbatch who hosted the event.

For Cumberbatch, Juneteenth for the 21st century is the economic development of African-American businesses.

“When it comes to being emancipated, when it comes to having the knowledge that we are free to be able to engage in the same e-commerce that happens for others, to know that we are included in that equation and we can now do for ourselves without any limitations…that’s a beautiful thing.”

Organic hair products business owner Samuel Copeland was one of several community business owners who benefited from the expo experience.

“We do everything online, and we have our beauty supplies and shampoo products at Annie’s Beauty Supply Store,” said Copeland.

Brunson’s business sponsored the photography at the expo by becoming a member of the St. Pete Business League.

Also at the expo was Diane Gaines, who is all about footwear.

“Shoetastic is a shoe company that sells women’s and little girls’ shoes at an affordable price,” said Gaines, who came up with the idea one day when she could not find the shoes she wanted within her price range.

“I was a single mother with three children, a working mother not making enough money.”

Gaines turned a moment of need into an opportunity of entrepreneurial enterprise. She now has a website for accessories at www.beautifyfor5.com and for her shoes at www.shoetastikfl.com. 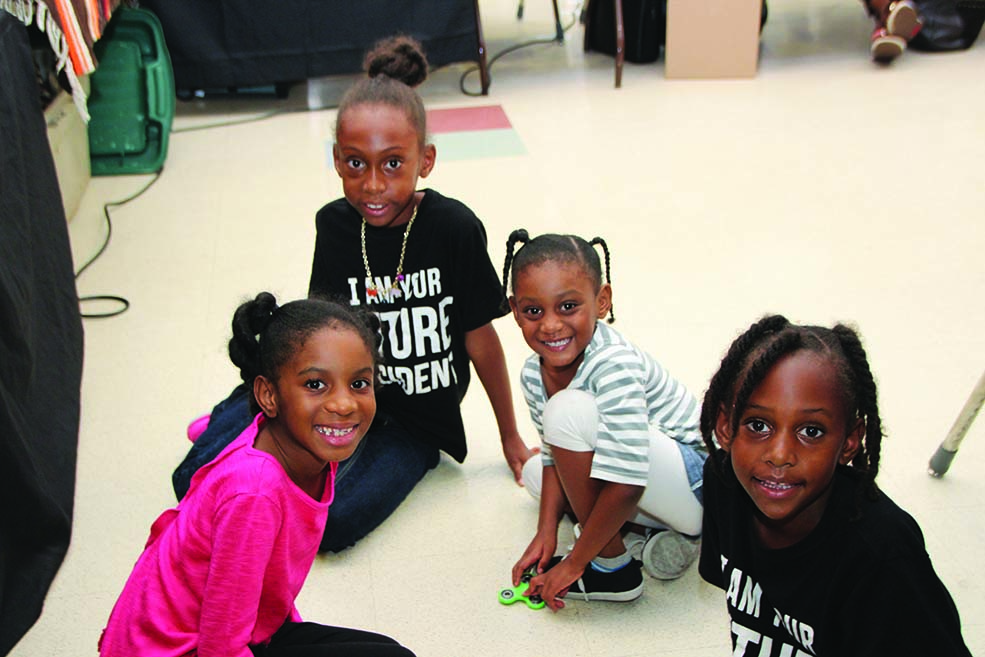 El-Amin’s Essential business owner Emanuel El-Amin was also at the expo to promote his line of natural hair and beard products.

“This is a great opportunity for me and all the vendors here today,” said El-Amin.

Nyhira and David Muhammad, owners of Supreme Sense, were on hand showing off their alcohol-free natural oils for the body as well as for the home.

In order to get one’s financial house in order for the future, Achieva Credit Union representative Craig Sexton was on hand to give advice and share a variety of financial services offered.

In business since 1937, Sexton said that the sole purpose of Achieva now is to give back to the community and help with finances.

Over 200 people ventured out to the first Juneteenth Expo that shed a much-needed light on the thriving entrepreneurial spirit growing in the community. Both events personified the spirit of Juneteenth past, present and future. 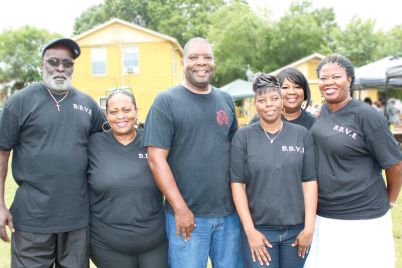 BY HOLLY KESTENIS, Staff Writer ST. PETERSBURG – ACT Right is at it again and this time… 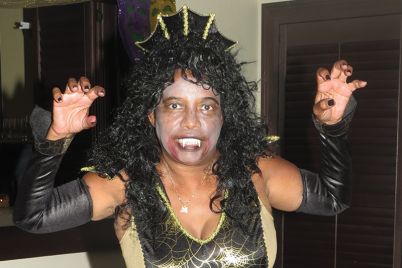 BY ALLEN A. BUCHANAN, Staff Writer ST. PETERSBURG — The Manhattan Casino was rockin’… 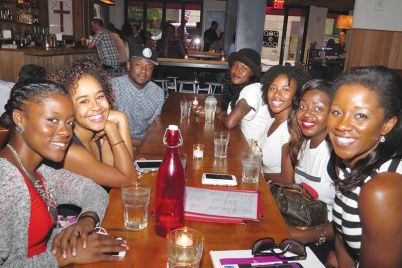 With God we’ve got this! Living the dream, Part II

BY ALLEN A. BUCHANAN, Staff Writer NEW YORK — You might not be aware of it but south…