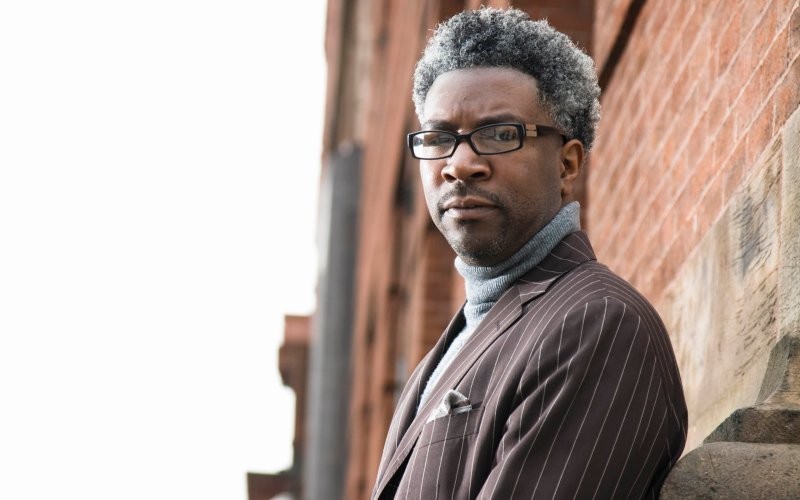 There’s open racism. Then there’s racial aversion—just not wanting to associate with others based on stereotypes. And that, says Obama’s pollster, is our real race crisis.

America has taken a bleak turn since Donald Trump’s victory, and our racial tensions have been laid bare for the world and the American public to see. Most Americans thought that our society had moved beyond our nation’s most severe and entrenched racial divisions, and more of them than not voted in favor of a racially inclusive future, yet the fomenting of this racial backlash, or “whitelash,” has been brewing since the day that President Barack Obama won the presidency eight years ago.

As an African American, I’ve felt our nation’s racial tensions building during Obama’s presidency. Obama represented social progress, and many Americans felt that his election had rewritten America’s racial equity trajectory and that the continuation of this progress was inevitable. Yet many African Americans, myself included, knew that in America the promise of black advancement would also bring about a campaign of social regression intent on forging racial divisions and undermining the work of America’s first black president.

It seems contradictory to complain about the state of race relations and the pervasiveness of racial injustices in America as African Americans obtain more positions of influence. Yet pollster Cornell Belcher’s latest book, A Black Man in the White House: Barack Obama and the Triggering of America’s Racial-Aversion Crisis, demonstrates the validity of these concerns.

In his book, Belcher uses polling data to track racial aversion—the avoidance of interactions with people from other racial groups based on assumptions of stereotypes—throughout Obama’s presidency. His data may help explain the rise of Trump. Overall, America’s racial aversion has not dramatically increased over the last eight years. But racial aversion along political party lines has changed significantly. In 2008, Democrats, Republicans and Independents were all about equally racial averse, but by 2016 the Democrats had become less so, Republicans more so, and Independents in between.

Racial aversion is a term that Americans need to become familiar with. Racial aversion is not the same as the overt, intentional racism. A hatred of other ethnic groups is not the bedrock of racial aversion, and racially averse people can easily espouse egalitarian beliefs and staunchly object to perceiving themselves as racist. The hatred and intent that defined racism has been replaced with an ambivalence and avoidance of other races, and an emphasis on staying within your race and fostering tribalism.

Additionally, the increase in racial aversion among some white Americans during Obama’s presidency coincides with the growing prevalence of “white anxiety” as white Americans grow more stressed about the prospect of no longer being America’s dominant majority.

To segments of white America, Belcher told me, “It is a catastrophic moment when someone like Barack Obama is elected: someone who is black and was elected on the back of a very diverse coalition. He was not a choice of their clear-cut majority. There is almost a direct correlation to the rise in the minority population and whites breaking more and more Republican.”

Over the past eight years Belcher has witnessed both sides of America’s racial aversion. For nearly two decades he’s been a leader in tracking and deciphering the demographic trends of American minorities. He was the first minority to serve as pollster for the Democratic National Committee, and he worked on the polling teams for both of President Obama’s presidential campaigns. Not only did he see how racial inclusivity and diversity could reshape America for the better, he was part of the team that accomplished this transformation.

A reduction in racial aversion by Democrats created new opportunities for Belcher professionally, and from his position within the DNC and Obama’s campaigns he was also able to identify, decipher, and track America’s emerging racial-aversion crisis.

The combination of white anxiety and racial aversion can result in white Americans expressing their economic and security concerns through a prism of isolating tribalism that can disregard and remain ambivalent to the concerns of American minorities, others who do not belong to their tribe, and facts that run contrary to their tribal sentiments.

While this tribalism may not explicitly express racist beliefs, it will be prone to attracting, harboring and collaborating with those who are more openly racist since common ground can easily be found. “When people say they want their country back that is about something larger than simply wanting a job,” Belcher says. “That is them wanting their country back because they feel as though they are losing their country to non-white people.”

This is how segments of white America can complain about the economy regardless of the encouraging jobs reports, be more fearful of Middle Eastern terrorists than the prevalence of guns in America or the Ku Klux Klan, and be increasingly prone to believing false, nonsensical “news” that supports their tribal perspective.

Obama does not represent their tribe. His success, regardless of whether it benefits them, will only serve to weaken the authority of America’s anxious, racially averse white tribe. To them, the obverse is also true: Obama’s failures will bring their white tribe closer to becoming America’s dominant force again.

Belcher, like most experts and pollsters, did not expect Trump to win, but that was not because his data were wrong. He anticipated the rise in white racial aversion and anxiety, but he never expected it to become a majority of the American electorate, which is usually the benchmark for winning a democratic election. Trump barely won 46 percent of the vote—Romney won 48 percent in 2012.

For Belcher, Trump’s coalition, forged on white anxiety, racial aversion, and open racism, represents a predictable social regression that will only become more damaging as America inevitably becomes more racially diverse. He hopes that America can progress toward a multiracial tribalism that can unite instead of divide the nation. Yet for this progress to occur, he believes that America may need the educational, emotional catharsis that comes from repenting.

“At no point did the South, and broadly America, repent for the horror that was slavery and the terror that was post-Reconstruction,” he says. “At no point have we embraced that and allowed for the healing to begin.”

Obama’s elevation to the highest office in the land, and the regressive, destructive race-based anxiety that swept through this nation due to the discomfort and supposed threat of his successes should enlighten all Americans to the social healing our society requires if we ever intend on becoming the equitable democracy we have professed to be since our inception.

4 Things The Seattle Seahawks Told Us By ‘Standing In Unity’

Anne Branigin, The Root Jesmyn Ward, fiction writer, one of the six black…

13th and the Invisibleness of Black Women