By ASSOCIATED PRESS and CHRIS PLEASANCE FOR MAILONLINE

The Florida governor’s race descended into a verbal slug-fest on Wednesday night as the two candidates hurled insults at each other during their final televised debate.

Democrat Andrew Gillum and Republican Ron DeSantis began the evening decrying political divisiveness pipe bombs were sent to prominent politicians and CNN, before the gloves came off and they began laying into one-another.

Gillum, who has been the target of a racist robo-call campaign, was at pains to paint his opponent as a political extremist who panders to xenophobes for support.

Meanwhile DeSantis followed the tried-and-tested Trump attack lines – hitting out at Gillum for being soft on crime and wanting to abolish ICE.

Gillum leads DeSantis 52 to 46 per cent, according to the latest polls, but that gap has been narrowing as the campaign has drawn on.

BY KALHAN ROSENBLATT FOR DAILYMAIL.COM An Alabama A&M University student has started…

By SNEJANA FARBEROV FOR DAILYMAIL.COM A Florida woman claims she lost her daughter to… 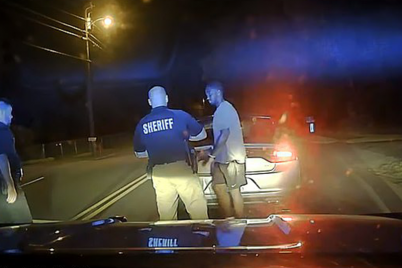 College quarterback has suspension lifted after white substance found on the hood of his car turns out to be bird poop, not cocaine

By LAUREN EDMONDS FOR DAILYMAIL.COM Drug charges have been dropped against the Georgia…