One season after he was named first-team All-Pro, Doug Martin was a surprise inactive Sunday.

On Wednesday, clarity was found.

The Tampa Bay Buccaneers running back announced in a statement that he was notified last week of a four-game suspension for violating the league’s substance abuse policy.

“My initial instinct was to appeal the suspension and finish the season with my teammates,” Martin said. “However, after numerous discussions with people close to me – including Coach (Dirk) Koetter – I am starting the suspension immediately so I can enter a treatment facility and receive the help I truly need.

“On the field, I must be strong and determined to push through both pain and injuries to become an elite NFL running back. Off the field, I have tried that same approach in my personal life. My shortcomings in this area have taught me both that I cannot win these personal battles alone and that there is no shame in asking for help.

“I sincerely apologize to the Glazer family, General Manager Jason Licht and the entire Tampa Bay organization, my teammates and our tremendous fans. This was not the season I envisioned and I have let everyone down, including myself. However, adversity yields opportunity and I ask for your support in my battle to overcome these personal issues.”

Martin rushed for 1,402 yards and six touchdowns during a breakout campaign in 2015. This season has been anything but. He’s averaged just 2.9 yards per carry during eight starts with only three touchdowns.

“Doug has been a valued member of our organization for the past five seasons and we respect and support his decision to seek help,”Bucs GM Jason Licht said. “Right now, he is working through issues that are much larger than the game of football. Our primary concern is that he takes this time to focus on getting the help that he needs in order to move forward with his personal and professional life.”

The Bucs have faint playoff hopes, but Martin will miss the season finale against the Carolina Panthers (he’ll also be sidelined for the first three games of the 2017 season).

Martin has averaged just 2.9 yards per carry during eight starts with only three touchdowns. He missed six games this season with a hamstring injury suffered in Week 2 after signing a five-year, $35.75 million deal during the offseason. 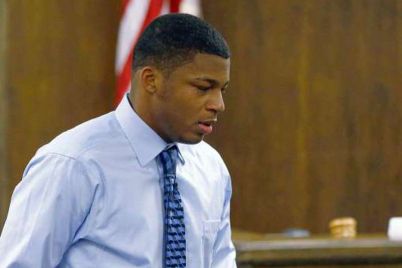 By KAILEEN GAUL FOR DAILYMAIL.COM A former defensive tackle for Rutgers University who…