ST. PETERSBURG — All one needs to know about Dr. Paul McRae is that he was a true professional, a family man and one who contributed to his community. He passed away Friday, Sept. 13.

Dr. McRae had everything a man could want: a beautiful and supportive partner in his wife, Donna. The two met about 55 years ago at Michigan State University. Their union lasted 51 years and produced three successful children.

Born in 1945 in New York City, he moved to St. Petersburg with his family as a toddler. Growing up in south St. Pete, Dr. McRae was affectionately known in the neighborhood and to his classmates as “Butch.”

“The neighborhood admired our brother who internalized within all of us to prepare ourselves to one day make a difference in our community in our own activism,” said Sevell C. Brown, III, National Christian League of Councils Coordinator

After high school, McRae earned a bachelor’s degree at Michigan State University and continued to Meharry Medical College School of Medicine, where he received his medical degree.

Dr. McRae practiced medicine for nearly 47 years. He was the first black chief of staff of Bayfront Medical Center and an honorary member of the National Black Nurses Association, St. Petersburg.

Primarily practiced St. Pete, his specialties included gastroenterology and internal medicine. He was affiliated with multiple hospitals in the area, including Bayfront Health St. Petersburg and St. Anthony’s Hospital.

Dr. McRae received the Bud Pryor Award seven times as the Instructor of the Year for the intern and resident program at Bayfront.

In addition to his profession, family was immensely important to Dr. McRae. His children marvel today about the family time and friendly debates that took place around the dinner table.

There was much trivia learned and educational uplift that went on during those moments. His children attribute much of their knowledge to the conversations about politics, sports, education, religion and any other subjects that would affect their intellectual growth.

Dr. McRae was also known as the family handyman. He was hands-on with home and school projects. If it needed to be fixed, he was up to the task and stayed with it until it was complete.

“I remember my dad staying up late at night to help me with my science project,” said daughter Leah McRae. “He was so committed to us learning and doing well.”

The Paul and Donna team instilled in their children high achievement and serving others. They believed in positioning themselves so they could be of service to their community.

Modeled in their home were education and community, and the McRaes got to see their hard work come to fruition through their children:

Paul McRae, Jr. is a senior healthcare technology executive who currently serves as senior director of global healthcare programs and strategy for Service Now. He is married, has one child, and lives in the Atlanta Metro area.

Attorney Leah McRae has served as a court specialist for the Sixth Judicial District and Assistant State Attorney in Miami-Dade County. She currently serves the City of St. Petersburg as the director of education and community engagement.

Deana McRae is a graduate of both Howard University and George Washington University. She lives in Washington, D.C., working as a mental health advocate for the American Psychiatric Association.

He also had a daughter, Pam Roberts, from a previous relationship. She is a school teacher in Los Angeles.

Dr. McRae was a giver, enjoyed sports, and was committed to supporting his community. He was a member of the Sun Coasters, a season ticketholder with the Tampa Bay Buccaneers since their beginning in 1976, and supported little youth league.

When the youth needed a physical to qualify to play football, Dr. McRae volunteered his services to the Lakewood Jr. Spartans so that every child had an opportunity to participate.

Dr. McRae had a special bond with Senator Darryl Rouson. Not only did they grow up blocks apart, but Rouson credits him with saving his life.

In Rouson’s days of addiction, he went on a five-day drinking and smoking binge. Out of concern, Dr. Fred Guerrier went to Rouson’s home and found him unconscious.

Dr. Guerrier called Dr. McRae for help and transported him to the hospital where Dr. McRae discovered Rouson had Mallory-Weiss tear in his esophagus.

He was bleeding internally. The two quickly operated, ultimately saving Rouson’s life. That day was April 10, 1985.

“Dr. McRae never judged me, down me or made me feel any kind of way or less than. I’m forever grateful for this great man and his humility,” said Rouson. 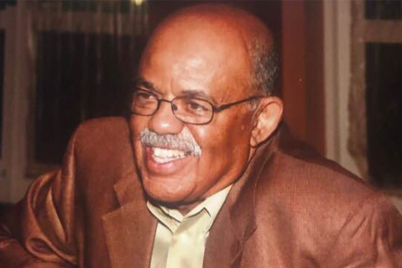