In just a few days, the debt trap at the core of small-dollar loans that come with triple digit interest rates and debt traps has generated an unprecedented groundswell of national and local attention. From prosecutors filing criminal charges, to grassroots activists gathering support for strong federal rules, and cable television personalities poking fun, the multi-billion dollar payday lending industry is making headlines and more.

On August 10, the barrage of recent attention was heightened when John Oliver, host of HBO’s Last Week Tonight, dedicated a segment of his hour-long show to expose the pernicious nature of predatory payday lending. In 16 minutes, Oliver rattled off a string of zinger comments that were as memorable as they were true. Using many of the industry’s defense lines as lead-ins, Oliver turned them into hearty laugh lines.

After citing store names like Quik Cash and Kwik Kash, Oliver posed the rhetorical question, “What can be more reassuring than a business that can’t correctly spell either their product or the speed in which they get it to you?”

Noting the claim that the payday industry is simply meeting customer demands, Oliver quipped, “It’s also worth pointing out that the customer demand for heroin is overwhelming and that doesn’t mean it’s a product you’d necessarily recommend to your friends to get them out of a jam.”

Oliver also referred to ACE Cash Express as ‘the circle people’ after showing a graphic from the lender’s training manual that illustrated payday lending’s cycle of debt. It was the same graphic that the Consumer Financial Protection Bureau (CFPB) used last month when it levied a $10 million fine against ACE for coercive collection tactics. Despite Oliver’s humor, however, the reality is that payday loans are not a joke for the 12 million consumers caught each year in its debt trap of 400 percent interest or more.

The indictment followed a year-long investigation and discovered that among the companies, there was a “systematic and pervasive usury scheme.” It also detailed how payday lenders charge up to 500 percent interest. The excessive fees violate state laws that cap interest rates at 25 percent. A conspiracy count was also added to the criminal charges.

“The exploitative practices – including exorbitant interest rates and automatic payments from borrowers’ bank accounts, as charged in the indictment – are sadly typical of this industry as a whole,” said Cyrus R. Vance, Jr., the Manhattan district attorney.

The Manhattan indictment also coincided with a planned week-long grassroots effort known as “Shark Week,” a parody of the Discovery Channel’s Shark Week. Individuals in Illinois, Missouri, Iowa and Idaho in cooperation with National People’s Action are calling for consumer lending justice as the Consumer Financial Protection Bureau (CFPB) prepares to issue new rules on payday loans. As part of Shark Week, people across the country are calling for the CFPB to end the payday lending’s debt trap.

“We need the CFPB to issue strong protections that put an end to debt traps and abusive terms and require basic underwriting of a borrower’s ability to repay the loan,” states the website’s call to action. “And we need rules that are broad enough to head off industry evasion we’ve seen time and time again in many of our states.”

Still more advocacy developments are occurring in municipalities whose states’ have failed to enact meaningful payday lending reform – despite data that verifies its lending ills.

The Iowa Division of Banking found that approximately 53 percent of customers at the state’s payday storefronts averaged 12 or more loans in a year, and 32 received 15 loans or more in a year’s time.

In response, nine Iowa cities have now enacted municipal ordinances aimed at curbing payday. Similarly, in Texas where the state legislature failed to act on payday reform, a total of 18 cities have similar ordinances, including Houston, Dallas, San Antonio and Austin.

Earlier research from the Center for Responsible Lending determined that 76 percent of all payday loans are secured within two weeks of a previous one. Additionally, across the country, the South has the highest concentration of payday loan stores and accounts for 60 percent of total payday lending fees. Missouri is the only state outside of the South with a comparable concentration of payday stores.

In July 29 testimony before the Joint Economic Committee of the U.S. Congress, Bill Bynum, CEO of Hope Federal Credit Union and Hope Enterprise Corporation shared why a strong CFPB rule is especially important for increasing economic opportunity for Black Americans.

“With high rates of under-banked populations, particularly within the African American community, a strong rule is essential to ensuring that individuals and families have the resources to get ahead rather than standing still,” concluded Bynum.

5 Money Mistakes That Can Get You Into Legal Trouble 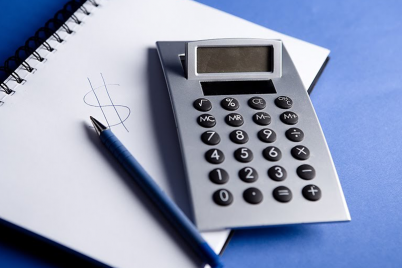 A Recipe to Calculate How Much You Spend Each Month

These Mortgage Tips Should Be Etched in Stone

By Maurie Backman, The Motley Fool With interest rates on the rise, now’s…