ST. PETERSBURG — A new documentary about a southwest Georgia town’s attempt to lynch a black Tampa native in 1960 is set to screen at Eckerd College.

The film entitled “Fair Game: Surviving A 1960 Georgia Lynching” tells the story of Tampa native James Fair, Jr. who, in 1960, was arrested, jailed, tried, convicted and sentenced to Georgia’s electric chair in less than three days for a rape and murder he didn’t commit.

“I’m delighted to be bringing James Fair, Jr.’s story to the place he called ‘home,’ said filmmaker Clennon L. King, who wrote, directed and edited the 65-minute film. “Joined by James Fair, Jr.’s two sisters, my hope is audiences come away with a sense of his ordeal and clear on the connection between the enslavement, lynching and the current-day over-incarceration of black people.”

Free and open to the public, the event is presented by the Institute for Strategic Policy Solutions and the Department of Social and Behavioral Sciences at St. Petersburg College in partnership with Eckerd College and Legacy-56, Inc.

An award-winning Boston-based journalist and filmmaker, King dedicated the documentary to the 24 known black men who were lynched in Early County, Ga., between 1881 and 1941, and to his father, Georgia’s legendary civil rights attorney C.B. King, who tried to prevent Fair, Jr. from becoming the 25th victim.

In the mid-1940s, the family of Fair, Jr. (born April 26, 1936, in Tampa) joined the second wave of the Great Migration, leaving Tampa and resettling in Bayonne, N.J., where he grew up. In May 1960, the 24-year-old navy veteran joined a friend from nearby Newark on a road trip home to Blakely, Ga.

Their arrival, however, in Early County could not have been more ill-timed. It coincided with the alleged rape and murder of an eight-year-old girl, prompting local authorities to finger Fair, Jr. as the fall guy. Less than three days later, a local judge sentenced him to Georgia’s electric chair, prompting Fair, Jr.’s mother, Alice, to mount an 18-month campaign that captured national headlines to save the life of her son.

The film features multiple national luminaries, including the presidential advisor Vernon Jordan, who was a young law clerk on the case, and White House cabinet secretary Dr. Louis W. Sullivan, who hailed from the town where the case unfolded. Also featured is former Blakely Chief of Police Charles Middleton, who offers an unvarnished and candid look into his own family’s suggested role in that lynching that took place in Early County. 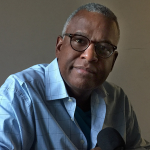 One small irony, as the film suggests, is that Early County, Ga., is the ancestral home of Grammy award-winners Cissy and Whitney Houston and cousin Dionne Warwick, whose family like Fair, Jr.’s own, migrated north and resettled in the same part of New Jersey. Fair, Jr. died November 26, 2005, in Kissimmee near his sister Audrey Fair Porte.

Admission is free, but advance registration is requested at solutions.spcollege.edu.

By Barbara Krauthamer, SALON Over the past few days, the national climate has grown…

BY RAVEN JOY SHONEL, Staff Writer ST. PETERSBURG – For the third year in a row, Mayor… 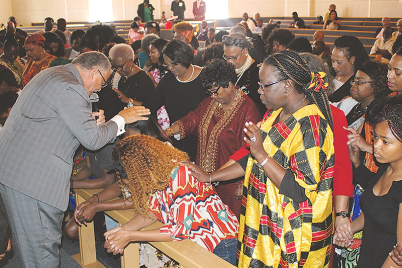