By JESSICA FINN FOR DAILYMAIL.COM

Four men were found guilty and have been sentenced in the 2016 shooting death of US Olympian Tyson Gay’s 15-year-old daughter Trinity Gay in Kentucky.

Trinity was an innocent bystander when she was caught in a hail storm of bullets during a shootout in the parking lot of Cook Out restaurant in Lexington.

She was shot in the neck and authorities are still unable to pinpoint who fired the .45 caliber bullet that stuck her.

On Monday, jurors found Chazerae Taylor, 40, guilty of wanton murder and four counts of wanton endangerment. On Tuesday, he was sentenced to 20-years behind bars.

Two children, 8 and 11, and 23-year-old woman stabbed to death by man on rampage

BY ASSOCIATED PRESS // Source: The Daily Mail Two children and a woman were fatally… 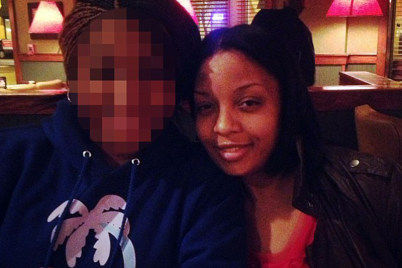 By KAREN RUIZ FOR DAILYMAIL.COM A mother has spoken out after finding her missing…

By JENNIFER SMITH FOR DAILYMAIL.COM Eleven children who were rescued from a compound in…