Being in the position of having to write this letter, and even writing this letter feels really strange. This past couple of months, as a whole, has been unprecedented.

Now that we have reached what should be graduation season, we wanted to make sure that we could celebrate the accomplishments of this year’s graduating high school seniors.

Although St. Petersburg’s Lakewood High School Class of 2010 has had to postpone our celebration, we wanted to pause to reflect and offer a few words of encouragement to the graduating Class of 2020.

The Class of 2010 from Lakewood High School is now mostly 28 years old. We planned to hold our 10th reunion next month; however, due to the Coronavirus pandemic, stay-at-home orders, and restrictions against large gatherings, we were forced to revisit that idea.

As class president, the responsibility lay on me to organize the reunion. I had no clue what I was doing. So I solicited the help of a committee, and we posed three questions for our classmates: Who were we in the 2000s? What have we learned and accomplished since then? And where are we now?

Our parents were children of an ambitious, changing, post-Vietnam War middle class. In a great American dispersal, the fourth largest wave of immigrants since World War II began in the U.S., as a rising number of immigrants from the Caribbean, Asia and various Latin American countries arrived.

They came in search of hope, opportunity, and a better way of life. Many settled on this little peninsula known as Pinellas and began integrating neighborhoods that had been historically predominantly Caucasian.

Out of our entire graduating class, only 122 of our 226 classmates listed St. Petersburg as their birthplace, another 55 hail from neighboring Florida towns. At least a dozen are first-generation American citizens. Some of those graduates descend from old St. Petersburg families, like Anneliese Delgado Cate, whose grandfather was a former city councilman.

Back then, our lives were not much different than the teenagers of today. We lived untroubled and carefree.

Brianna Forde recalls, “There was always something for us to do — a dance at the Armory, night pool at Lake Vista or a movie at BayWalk.”

Coming from a traditional New England family, Clayton Valentine thoroughly enjoyed fishing off of the Skyway Bridge and jumping off the Vina Del Mar Bridge with classmates who resided on St. Pete Beach.

In 2009, during the peak of a recession, Barak Obama was sworn into office as the first black President of the United States. Technology continued to grow with the discovery of 3G mobile networks, and the death of Michael Jackson, the King of Pop, sent shock waves around the world. Scientists and doctors at the World Health Organization battled the H1N1 influenza strain, commonly referred to as “swine flu,” a global pandemic.

Matthew Borgia’s dad was a referee for the NBA. The twins, Christopher and Sarah Gardiner Cabrera, who grew up on the Pink Streets, dad was an engineer for Raytheon and helped engineer commercial aerospace supplies. Jonathan Andrew’s mom was an executive for Jabil, before her retirement earlier this year. Some of us now work for these same companies.

We went to war. Air Force Technical Sergeant Michael Mitchell Jr., enlisted shortly after graduation and has since received multiple notable mentions, including N.C.O. of the year. When not bravely serving our country, TSgt. Mitchell spends his free time with his family and supporting other military families residing at the Lackland Air Force Base in Texas.

During our time at Lakewood, some of us worked the graveyard shift on weekends flipping burgers at McDonald’s. A few of us stocked shelves at Publix, Sweet Bay and Albertsons.

Downtown St. Pete was the center of our lives. Keegan Oberer recalls, “I would spend my days playing ultimate frisbee at Straub Park and my nights fishing at the Pier.”

We caught the bus from Williams Park to Tyrone Mall, watched Lil Wayne and Drake battle it out on “106 & Park.” We jammed the night away to Beyoncé, Taylor Swift and Amy Winehouse then caught a “Devil Rays” game Tropicana Field. Quantanese Jackson skated with friends at Astro Skate’s Teen Night.

We are the last of the Millennial Generation, nestled between Generation X and Generation Z. While now in our age of grad school, marriage and childbearing, we will forever be known as the generation of cable TV, the internet and cell phones.

We became lawyers, doctors, engineers, teachers, bankers, pilots, entrepreneurs and law enforcement officers. Our numbers include a minister, a professional athlete (Bernard Reedy, who played for the Tampa Bay Buccaneers), a coach, a pharmacist, a COVID-19 scientist and a journalist. Some of our female classmates chose to stay home with their children, cared for aging parents and supported their communities. They are just as important in the larger scheme of life.

These days, most of us are at our happiest and busiest place in life.

“Now, between potty training my son and moving into my brand new home with my husband, I’m struggling to find the time to reminisce on my high school days,” reports Amber Thomas Berthelot.

Trayton Thomason enjoys fishing on the Hillsborough River in his spare time. After graduating from Yale, Mateo Vargas took a job in California at an engineering firm and is still hitting the waves and soaking up the sun, this time on the West Coast.

After graduating from Florida Memorial University, where he pledged Phi Beta Sigma Fraternity, Inc., Tracy Teartt returned to his roots at Lakewood High as a teacher. He also actively serves alongside fellow Lakewood legend, Necole Tunsil, as an assistant female basketball coach.

We reside in cities branching out from St. Pete, Clearwater, Gulfport, Tampa, Sarasota and Ruskin. Others live distantly in Atlanta, Denver, Los Angeles, Austin, TX, and New York City. Of our original 226 classmates, we know two have died, but their memories live on through each of us.

For a majority, faith and family are two essential elements of life. Class chaplain, Rev. Alex Foster says, “My life is devoted to God and my family.”

Joshua Michalski says that he would encourage today’s graduating seniors never to sell themselves short and always follow their hearts. “I want those leaving high school to know that college isn’t the only option. There are multiple pathways to prosperity, and all you need is a little motivation to get you through.”

For leisure, we work out at the gym, play tennis, travel, read, tend to the kids and volunteer wherever we can.

The LHS Class of 2010 has seen some highs and some lows, but if you ask how their journey has been post-Hollywood High, “blessed” is a word you will often hear. As much as things have changed, for the most part, they remain the same.

To the Class of 2020, the world is yours, so conqueror it with no regrets!

Dear Editor: This week, thousands of ballots will be mailed out to voters across the… 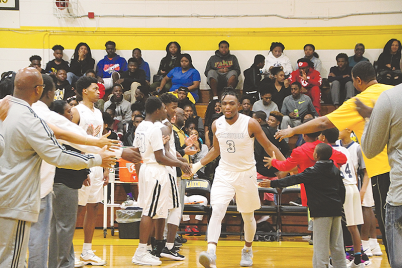 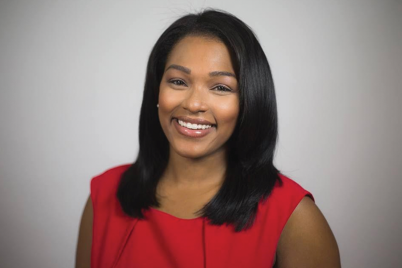