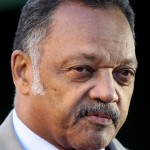 Last week, Google made the bold and necessary decision to release information about their employment diversity, detailing the race and gender makeup of its workforce, admitting in the words of Senior Vice President Laszlo Bock, “Google is not where we want to be when its comes to diversity and it’s hard to address these kinds of challenges if you’re not prepared to discuss them openly.”

It is time for other Silicon Valley companies to follow Google’s lead.  According to Mike Swift of the San Jose Mercury, leading tech firms – Apple, Oracle, Yahoo and Applied Materials – waged an 18-month fight against a freedom of information request for their workforce data, lobbying the Labor Department to treat it as a trade secret.

But as Google’s figures – and those of Intel, which was the first to release its employment data – show, Silicon Valley has a big problem with equal opportunity.  And, as Bock states, you can’t fix what you won’t admit.  You can’t face the truth that you hide from.

This lack of diversity – the absence of equal opportunity for women and minorities – is a big deal.  These are, after all, the companies that are creating the inventions and the markets of the future. The area south of San Francisco Bay is growing about twice as fast as the rest of the country.  Unemployment in the tech sector is down to 1-3 percent.

The companies argue that this isn’t about discrimination but about merit.  But this is much more a case of an old boys’ network.  Referrals play a major role in hiring, and they come from networks dominated by White and Asian men.  Pipelines are set up to draw from the old pool.  Many of the Asians are from abroad, here on limited visas, allowing the companies to pay them less.

The companies argue that this starts in college, with a mere 12 percent of computer science undergraduate degrees as major universities going to women.  But that is less a reflection of the absence of talent, than the absence of outreach. Instead of resisting reform, these companies should be leading it.  Startups with diverse staffs are more likely to be successful, according to Fast Company, a business magazine.. Minorities and women are major users of social media, and purchasers of technology products.  Diverse companies are more likely to anticipate the needs and the desires of their customers.

Other companies should now join Google and Intel and publish data on their workforce diversity.  This week, we will send the leading companies a letter requesting action, and we’ll report on which respond and which do not.  Once they fess up to the scope of the problem, the companies should be creative and entrepreneurial in responding.  They should pioneer new ways to encourage young women and minorities to get involved in computer science and engineering.  They should reach out in recruitment, setting targets and timetables.  Intern programs can offer women and minorities a way in.

Let us not forget, more than half of the jobs in tech companies are not “science/engineering/tech related.”   To say that potential tech workers must be rocket scientists is a diversion. They work in HR, finance, law, sales and marketing, administration – there is a huge talent pool that can and must be tapped. Blacks and people of color represent money, market talent and location.   Tech companies have resources, innovation and capital.  There’s a basis for two way trade and a mutually beneficial, reciprocal relationship.

And the companies should aggressively open up from the top down. Their boards are not composed of all tech people; they should be diverse.  Their IPOS can be managed by diverse firms, not just the old White boy crowd.  Their suppliers should be diverse.

This month, Google will send representatives to the Rainbow Push national convention in Chicago to meet with presidents from historically Black colleges that teach computer science and engineering.   Other companies should send representatives as well.  Reaching out will inspire interest and help identify skilled future employees.

By 2040, America will be a majority minority country.  Polls show that this scares many Americans, but it should inspire not scare tech companies. The customers of the future will be increasingly diverse.  Companies should act aggressively now to insure that their workforce reflects the customers they are trying to reach.  Google has joined Intel to break open the door.  Now it is time for others to join them in striding through to a new day.

What becomes of Black Lives Matter in the age of Trump?

By Sean Illing, Vox On August 9, 2014, Michael Brown was shot and killed in Ferguson,…

By Abigail Miller For Dailymail.com and Associated Press and Afp Donald Trump has… 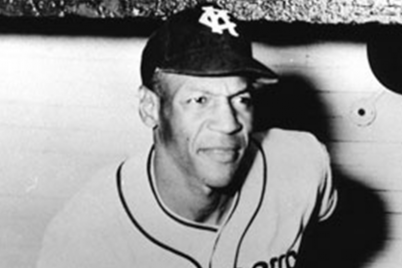 Buck O’Neil took the field as a Cannibal Giant very early in his career. BY FRANK…