By MATTHEW WRIGHT FOR DAILYMAIL.COM

A Minnesota grandmother who allegedly shot her grandson in the thigh in the midst of an argument that escalated over a cup of tea and a wooden table has been charged.

Helen Lenoir Washington, 75, is charged with second degree assault and could face up to seven years in prison in addition to a $14,000 fine.

When police arrived at the 5800 block of N. Camden Avenue in Brooklyn Center on October 12, they found her grandson waiting in the front yard. He had a gunshot wound to his right thigh.

The victim told officers that his grandmother had shot him while they argued over where he placed a cup of tea, according to a criminal complaint obtained by the Star Tribune.

A minor at the scene told authorities that Washington had repeatedly told her grandson not to put the cup on her furniture. 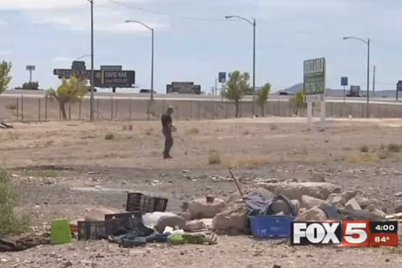 Man suspected of murdering son, 13, after body found wrapped in blanket under pile of rocks

By JESSICA CHIA FOR DAILYMAIL.COM A father is suspected of murdering of his 13-year-old…

‘Ain’t nobody got time for this!’ 911 operator is jailed for hanging up on thousands of callers

By Associated Press and Danielle Zoellner For Dailymail.com A former 911 operator has…

By REGINA F. GRAHAM FOR DAILYMAIL.COM A Florida mother-of-three is accused of burning…