Rayner and Oliver are vying for the seat vacated by Wengay Newton, along with two other candidates on the ballot — attorney Keisha Bell and Michelle Grimsley, who served as Rep. Newton’s legislative assistant.

Oliver said he’s running on a platform that focuses on education, healthcare, and equitable housing. Rayner said her platform is for equity.

“Standing for justice for families who may not have anyone to stand with them,” said Rayner, a community activist.

Both candidates noted that they’ve been of service to residents of the district prior to running, with Oliver being a mentor, volunteer football coach, a Special Olympics coach in the county, and has been involved with Meals on Wheels.

“Every single Friday, you can catch me at Enoch Davis Center delivering meals out to our elderly,” he said, “to make sure that they have a meal.”

Attorney Rayner also represented the families of two African-American girls who, while fleeing deputies, drowned when the car they were driving plunged into a cemetery pond near Gandy Boulevard in 2016.

Oliver said he would like to bring $1 billion to the school budget plan by taxing corporations a percentage so teachers can see higher salaries. He also wants to advance early childhood education and fund some vocational programs as an alternative to college.

“College isn’t for everybody… so I want to see more vocational programs where they’re teaching kids how to start their own business,” he said.

Rayner said, “We need a bill that makes sure our schools have equitable resources. The same resources that the kids out on Treasure Island and Pasadena get, that needs to happen with District 70. And not just in south St. Pete but through all of District 70 because all of the district is facing many of the same issues.”

Oliver sees housing as one of the district’s priorities and would like to focus on rent control. He said getting funding for small businesses is also critical, particularly in the time of COVID-19 and the Payroll Protection Plan.

“Our businesses weren’t all prepared to get the PPP loan, which is a forgivable loan,” he said. “If we can bring more funding in to help some of these small businesses have their paperwork get ready to go out, so once this pandemic hits, they can get these financial services, they can get this funding.”

Rayner said there needs to be a serious investment in District 70 and advocates the establishment of hubs of entrepreneurship in the district.

“One of the areas that I’d start putting money into is wrap-around services within the education system,” she explained. “I think why Black and brown kids are being funneled into the school-to-prison pipeline is because there are no wrap-around services. We know the statistics; we know the numbers that there aren’t enough social workers within schools.”

“We see this with the food desert right here in St. Pete … we have opportunities to provide healthier food options right here in our area,” he said.

Concerning the state’s response to the pandemic and its rising cases, Oliver said there needs to be more money set aside for such unforeseen events and better planning. He is also against sending children back to school in the time of coronavirus unless it is safe to do so and stressed the importance of personal protection equipment.

“Something I am personally doing,” he said, “I partnered up with the [Foundation for a Healthy St. Petersburg], and we’ve given out over 4,000 masks in the community. I just recently purchased another 4,000 masks that I have in the back of my car right now.”

Rayner agreed that the state’s handling of the pandemic to date has been “poor,” “terrible,” and a “mess” and would push to see funds appropriated to help combat the virus. She has also personally worked with local nonprofits in such initiatives as the Mask Up! Campaign.

“We need to also overhaul the unemployment system,” she said, “because it should not take you four months to get money, and then when you get that money, it’s literally not enough to live on.”

Both candidates showed concern for water waste as specifically how new massive infrastructures are impacting flooding.

“We know the areas within District 70 where we see this influx of water waste,” she said. “We have to pay attention to how the city is building, into where they’re building and in what ways they’re building,” adding that there should be legislation that limits areas where the city can build.

Oliver said he believes you can protect the environment and also have business growth, adding that he is a proponent of solar energy.

“I’m very, very big on solar,” he said, “not only because it helps our environment but because it provides careers for our community. Solar right now is hiring more people than the gas, coal and oil companies combined.” 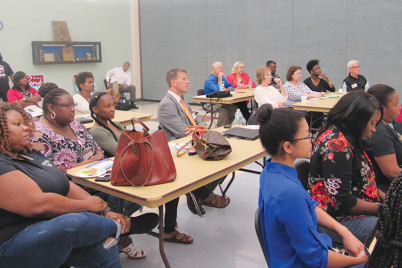 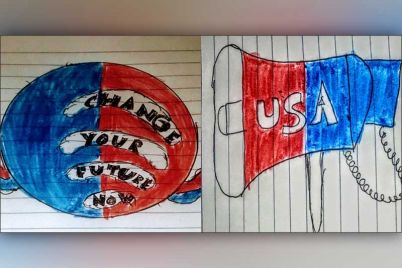 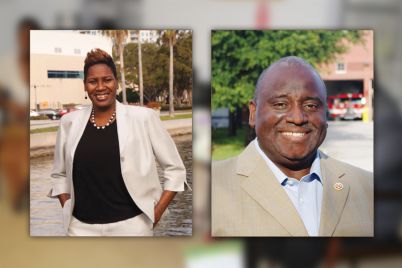