ST. PETERSBURG — We are in a season where more than ever, we should honor our ancestors by resisting all attempts to dissuade us from exercising a right they all fought for, and many died to make it a reality. I am speaking about voting in the upcoming local election and the national election in November. Duty calls — will you answer?

We face a national administration that is doing everything possible to win another term of office and, in doing so, takes their current unjust, racist policies and practices and puts them on steroids. Failure to effectively address the COVID-19 pandemic and the assault on the postal service as a means of disrupting voting by mail, are conscious attempts to suppress the African-American vote.

The Voting Rights Act resulted from a long, tedious bloody battle, and the struggle continues. Individuals, including young school-aged children, were beaten, jailed, and killed to secure what we all should value as a sacred right given the sacrifices made to acquire it for people of color.

The current White House administration informs our upcoming local elections in significant ways. The nation elected an individual to the office of president who promised only he could make America great again and has sought to do so with racist, divisive language and policies.

We should learn from this to pay very careful attention to the language and promises made by candidates seeking the various county and state offices.  Fortunately, some have track records based on prior service. It will be unwise to believe a candidate will fight for us when prior history shows they have not.

I will not endorse any candidate for the various offices, school board, county commission, state legislature, or judge, but you should know they are not all similarly situated.  We must understand the old adage “all politics are local” and evaluate the candidates based on who has our best interests at heart and are more likely to advocate for those interests.

At the end of the day, I am pleading with everyone to Just Vote.

The Black Lives Matter revolution sweeping the country is a powerful reminder of how desperately we need elected representatives with the heart, courage, and commitment to fight to eliminate the income and achievement gaps, expose and eradicate hidden systemic racism and discrimination, ensure fair and equitable judicial dispositions, and advocate for the people rather than their own self-interests.

In keeping with the legacy of the late Congressman and civil rights activist John Lewis, we need to elect individuals with the courage to get into “good necessary trouble.”  No longer can we afford representatives who say all of the appropriate things to get elected and then spend the majority of their time in office avoiding “good necessary trouble” in order to get re-elected.

When evaluating candidates for the upcoming local election, attention should be paid to whether or not candidates for all offices understand the nexus between Requests for Proposals to develop the Gas Plant area and black economic development, African American inclusion, schools, justice, black community development and other quality of life issues impacting African-American communities.

At the national level, we cannot survive four more years of the current White House administration. This is an all-hands-on-deck moment. If among other horrific acts, one has the audacity to place brown children in cages, call our native land a “sh_t hole country” and refer to white nationalists as “some good people” during his first term in office, imagine what he may do in a second and final term.  We must ensure he is not re-elected.

Four African-American females are on the shortlist for vice president.  One must not stay home or fail to file an absentee or mail-in ballot because one’s choice for VP is not selected.

The stakes are too high for us to not engage because of a singular issue.   It will take years if not decades to correct the harm inflicted nationally and around the world by the individual who has no regard for the rule of law and for whom the only accountability is the ballot box.

The White House is miss-managing the COVID-19 pandemic in part out of incompetence and, in part, as a weapon of death and fear to be utilized in conjunction with voter poll closings, mail slowdowns, and other voter suppression strategies to discourage us and deter our participation in the electoral process.

They must not win. And they will not win if we answer the call and vote. In the words of the late John Lewis, “we must not let the power of the vote be neutralized.” 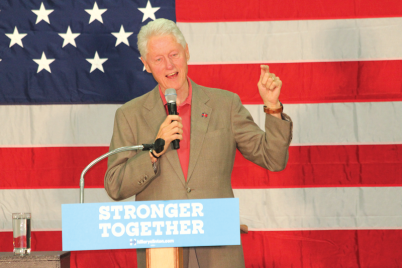 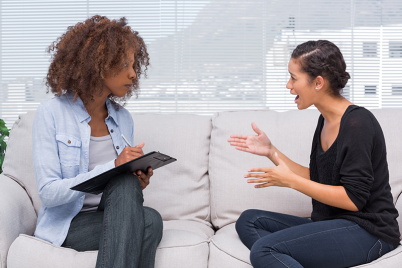