According to the report, nearly one in 10 Americans or – 28.7 million – live in the 100 hardest hit cities from the housing crisis. Among the 395 hardest-hit zip codes across the country, Blacks and Latinos represent at least half of that population. And in 57 cities, at least 30 percent of all mortgaged homes are still underwater, defined as owing more on their loans than their homes are now worth.

Published by the Haas Institute for Diversity and Inclusion at the University of California at Berkeley, the report’s authors come from Occidental College, Nathan Cummings Foundation, Massachusetts Institute of Technology, The New School and George Washington University.

Commenting on Underwater America, john a. powell [Yes, that’s how he writes it], Haas Institute Director and Professor of Law, Ethnic and African-American Studies at UC-Berkeley, said, “The Underwater America report is important because it reveals that a large part of the country is not only not recovering, it is largely being ignored. These are disproportionately Black and Latino communities.”

Today, homeownership represents 92 percent of the net worth for Blacks and 67 percent for Latinos. Whites, by comparison, only have 58 percent of their wealth in their homes. And despite

rising home prices in many areas of the country, owner-occupied housing still remains $3.2 trillion below 2006 levels.

For example, in Atlanta, more than 400,000 consumers remain underwater on their mortgages. Another 5,400 homeowners in 2013 went into either default or foreclosure. Additionally, the market’s home prices are still 27 percent below their peak levels.

“These challenges faced by cities represent opportunities for communities to empower themselves to save their homes, their neighborhoods and restore their community’s wealth,” added powell.

But as earlier research by the Center for Responsible Lending, which was cited in the Haas report, revealed, the years leading up to the housing crisis found communities of color – Black and Latino – targeted for high-cost, risky loans even when borrowers qualified for lower-cost and more sustainable mortgages.  Instead of earning home equity, many borrowers of color lost thousands of dollars in what is often the single largest investment of a lifetime.

Underwater America states, “For African-American and Latinos specifically between 2005 and 2009, they experienced a decline in household wealth of 52 percent and 66 percent, respectively, compared to 16 percent for whites. This reflects, in large part, disparities in foreclosure rates among these groups, since for most Americans, and particularly for people of color, their homes are their largest source of wealth.”

According to Powell, “These challenges faced by cities represent opportunities for communities to empower themselves to save their homes, their neighborhoods and restore their community’s wealth.”

The report recommends remedies that include a defined role for nonprofit organizations in addition to efforts by governments and banks. The three stakeholder groups working together could and should reverse the losses of recent years.

According to Saqib Bhatti, one of the report’s authors and a fellow with the Nathan Cummings Foundation, “We believe that if banks are unwilling or unable to write down underwater mortgages to the current market value of the homes, then local officials should take the decision out of their hands.” 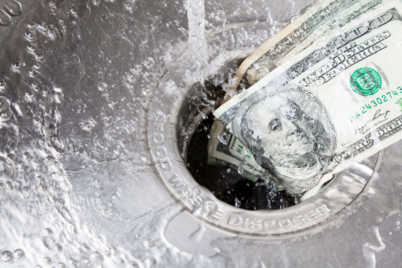 BY CHARLENE CROWELL, NNPA Columnist Consumers who maintain low and no cushions in their… 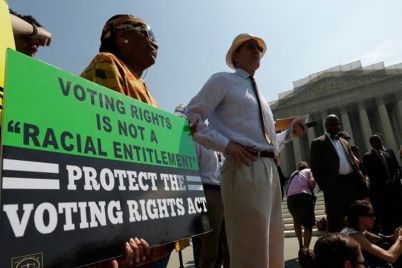