Hundreds of children got a chance to get their hands dirty creating edible slime and lava lamps with bubbling blobs. They weren’t even aware they were learning about viscosity because when learning is made fun, there’s no room for boredom. That is precisely the aim of Kidventions STEM Academy.

Last weekend’s STEM (science, technology, engineering and mathematics) festival was all about fostering creativity and empowering youth to pursue academic success in these four areas that are dominating the job market.

Charmaine Rushing, the creative mind behind Kidventions STEM Academy, feels that the experimental nature of science and the problem-solving focus of mathematics and engineering introduced to young children will help them excel, but research shows that African-American children are not getting the exposure to these subjects.

“I feel like we’re behind the eight ball when it comes to education,” said Rushing. “One of the things that have been said is that children of color and impoverished children…do not have those real-world connections.”

The STEMPosium was all about creating real-world connections for children who typically aren’t afforded the opportunity to participate in STEM curriculums.

“Let’s do something so they can make those connections, and then maybe when they go back to school, they’re like ‘OK, I remember. You measure this and problem solve that,’” said the longtime educator.

Not only are STEM opportunities scarce among black children, but a study conducted by Microsoft last year also found that girls and young women in the U.S. are deterred from pursuing careers STEM from an early age. Often, that deterrence comes from misconceptions and stereotypes about the field, but many times it can come from educators themselves.

“Our kids are so inquisitive, and they’re not naughty,” Rushing asserted. “When my brother and I were coming up, we used to be all in my parents’ stuff. Mixing up stuff; I’m surprised we didn’t blow up the house.”

“Instead of buying toys, see what they can come up with. I think we should just continue to push imagination, and let their creativity flourish.”

Last year, Rushing applied for and was awarded a Youth Development Grant from the City of St. Petersburg. She asked the Epsilon Beta Sigma Chapter’s president, Yvette Allen, if she could combine their annual youth symposium with a science event, and the STEMposium was born.

The sorors could be seen manning activity tables, directing eventgoers around the campus and feeding the masses.

“If I didn’t have their support, this wouldn’t have happened,” said an exhausted Rushing, who revealed that her feet were swollen from five and a half hour event.

By randomly requesting to connect with people, Rushing ended up Facebook friends with former Tampa Bay Buccaneer Michael Clayton. The next thing she knew, he was headlining the STEMposium free of charge.

“I tell you it was nothing but God,” she said.

With high energy, Clayton asked the youngsters in the room that want to be successful to raise their hands. He didn’t pause to count all of the hands that shot up in the air but told them that there are a few fundamental things they can learn at their young age to achieve success in life.

“And if you perfect these things by the time that you’re in high school,” he said,” and in college and after college, I can almost guarantee you that you will have a successful career!”

The first point the former Super Bowl champion wanted to get across to the children was simple: you must face your fears.

Clayton recalled the days when he first played organized football in Louisiana at the age of seven as a shy, unassuming kid. Playing opposite a bruiser of a player nicknamed “Big Hit” Perkins in the practice drills and never having played tackle football before, Clayton wanted to quit. But young Michael recalled the voices of his cousins–with whom he’d played countless backyard football games–repeating in his head, “You gotta be tough! You gotta go after it!”

Clayton decided to put his head down and face the bruiser during the next drill. The coach signaled the start of the play, and young Michael closed his eyes and, “Boom! I gave it all I got.” They were both knocked backward, and Clayton recalled patting himself all over, relieved to see that he was still alive.

Then coach signaled to repeat the drill. Down, set, hut, hut, hut!

Again young Michael clashed with Perkins and again they were both knocked backward. Once more, he had survived. It was quite a feat for the shy kid who wasn’t even tough in his own eyes. This time his appreciative teammates paraded him around on their shoulders in celebration.

“In that one moment, I had to face my fears,” said the 36-year-old. “That’s lesson number one–facing your fears.”

From then on Clayton realized that facing a fear is a remarkable thing that can produce amazing results. It led to his being a number one recruit in high school to notching a full scholarship to Louisiana State University, to be a first-round draft pick at 21 years old and signing a multi-million dollar pro contract.

“Facing my fears at seven years old changed my whole life!” said Clayton, who became a member of the Alpha Phi Alpha Fraternity in the spring of 2003.

Going over and beyond was another lesson Clayton imparted to the kids. Don’t just do what you need to do to get by. Do more. If your mother asks you to clean out your drawers, then clean them out along with your room and then go to the kitchen and clean that, he urged.

“If you want to make opportunity for yourself, you have to develop the mentality of going over and beyond,” he explained.

Clayton recalled working at Sam’s Club when he was 15, packing items in carts in the parking lot. He not only did that but went inside to carefully bag customers’ items at the cash registers as well. He would even walk the customers to their cars and place the bags in the vehicles, which wasn’t a service offered at Sam’s Club, Clayton said. He merely wanted to do more than was expected of him.

When he was recruited from high school to play at LSU, Clayton asked the coach how the college found him at his tiny Louisiana school. It turned out that the recruiters had learned that he worked at Sam’s Club and the managers there raved about his work ethic–he was a good athlete, sure, but he also had a strong ethic.

Married for 13 years and a father of five, Clayton then shifted focus to five tidbits of advice that all young people should follow, referring to them as the “wells of life.”

Being well read is crucial and being able to comprehend, he stressed.

“The more you read, the more you know,” he said. “The better your vocabulary will be.”

Society can label young African Americans as ignorant by how they speak, he said, and encouraged the children to learn new words all the time. Well-spoken is another “well” the kids should strive for, Clayton pointed out, adding that when he speaks on radio or television, he can’t talk the way he did when he was growing up.

Being well-dressed is also vital, he said. During his playing career, his uniform was his identity.  But what about today?

“I can’t walk out of this facility and wear a Michael Clayton jersey through the streets of Tampa Bay and think that people are going to pat me on the back,” he said.

If you want people to take you seriously, he told the kids, then you have to pay attention to how you dress. That’s how you get doors to open for you.

You must also be well traveled, he noted, adding that this didn’t simply mean physically traveling around the country or the world. At some point, you have to go through something in life that was tough for you so you can come out the other end a better, stronger person.

“At some point, you have to experience something that makes you tougher,” Clayton averred.

At the end of the day, however, it’s all about being well-balanced.

“Being able to socialize with genius people and socialize with people who may not have much,” he said. “But also living a life of service and trying to help your brother and help the one next to you and lift them up. When you’re well balanced, you’re powerful, young people!”

The morning also featured a host of workshops such as Down and Dirty Digital Literacy with Shemika Howard, adjunct professor at SPC, Financial Literacy with Sheena Qualles-De Freece of Kidzonomics and Protect & Serve with members of the St. Petersburg Police Department.

Pinellas County School Board Police Chief Luke Williams explained to the youngsters the importance of math and technology in police work. From forensic science to trigonometry, STEM is a vital part of protecting and serving.

“Don’t be fearful of math,” said Williams. “Once you learn the rules, you can do any type of math.”

Twelve-year-old Alexandria Girtman came into the workshop already knowing she wanted to be a police chief. She’s an avid viewer of CBS’s “NCIS,” and astonished St. Pete’s finest with her knowledge of GPS tracking, cellphone towers and forensics.

Alexandria is already practicing for her career. She and another girl protect their friend Yazmine when needed.

“She’s small, and we’re going to help her out if she needs some help,” said the honor roll student with a 4.0- grade point average.

The precocious Bay Point Middle School sixth-grader also has another reason she wants to be the chief of police: “I like bossing people around a lot, and it sounds like a lot of fun.”

Audrey “Pat” McGee from the Department of Juvenile Justice was on hand to talk about bullying. She explained the types of bullying such as physical, verbal, relational aggression, sexual harassment and cyber, and also gave positive solutions to deal with the matter. 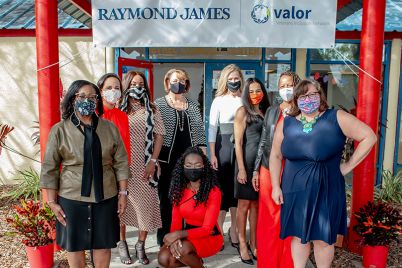 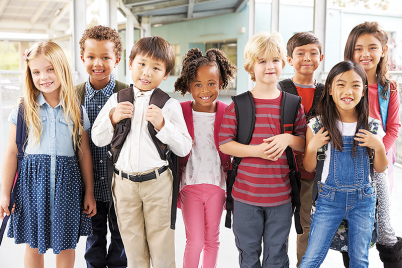 Discover a world of science, technology, engineering and mathematics at the 6th Annual… 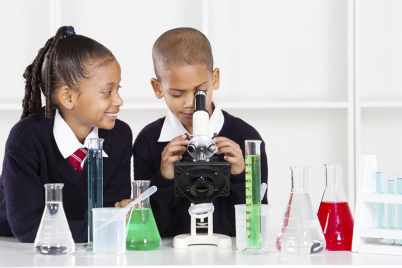