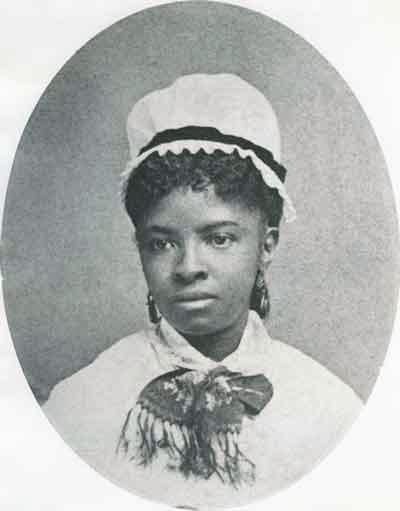 Dr. Crumpler was the first African-American woman physician in the United States. Born in 1831, Dr. Crumpler first worked as a nurse in Massachusetts between 1852 and 1860, PBS reports. She was accepted to New England Female Medical College and earned an M.D. in 1864, according to Time. She practiced medicine in Boston and Richmond, Virginia, primarily working with the poor, who had limited access to medical care. In 1883, Dr. Crumpler published a renowned book, Book of Medical Discourses In Two Parts, which many believe is the first medical text written by an African-American author, PBS states.

Nine months before Rosa Parks refused to give up her seat to a white passenger on a bus in Montgomery, Alabama, a then 15-year-old Claudette Colvin did the same. On March 2, 1955, Colvin was taking the bus home from high school when the driver ordered her to give up her seat, according to NPR. Colvin refused, saying she paid her fare and it was her constitutional right, but was then arrested by two police officers. Colvin later became the main witness in the federal lawsuit Browder v. Gayle, which ended segregation on public transportation in Alabama.

And before both Claudette Colvin and Rosa Parks, there was Irene Morgan Kirkaldy. In July 1944, Morgan Kirkaldy was arrested after she refused to give up her bus seat to a white passenger in Virginia, the New York Times reports. She was convicted in a County Circuit Court, but appealed the decision to the Virginia Supreme Court and later to the Supreme Court, PBS reports. With the help of lawyers from the NAACP, including Thurgood Marshall, the Supreme Court ruled in favor of Morgan Kirkaldy on June 3, 1946. While Southern states largely ignored the ruling, Morgan Kirkaldy’s case was a pioneer in civil rights law. Morgan Kirkaldy received the Presidential Citizens Medal from President Bill Clinton in 2001, according to the Times.

Baker was a civil rights activist who worked for a number of civil rights organizations throughout her lifetime. After graduating as valedictorian from Shaw University in North Carolina, Baker moved to New York City and helped started the Young Negroes Cooperative League, according to Biography.com. She started working for the NAACP in 1940, and co-founded the organization In Friendship to fight against Jim Crow laws in 1955, the Ella Baker Center reports. In1957, she was asked to help organize Martin Luther King Jr.’s Southern Christian Leadership Conference and also helped form the Student Nonviolent Coordinating Committee, SNCC, which became one of the biggest human rights advocates in the country. “You didn’t see me on television, you didn’t see news stories about me,” Baker said of her role in the civil rights movement, the Times reports.

Bates was a civil rights activists best known for her work on behalf of the Little Rock Nine. Bates and her husband founded the Arkansas State Press, a weekly African-American newspaper that advocated for civil rights, according to Biography.com. In 1952, Bates became the president of the NAACP’s Arkansas branch and in 1957, Bates fought for the Little Rock Nine, the nine black students who were attending an all-white school as part of the schools desegregation, PBS reports. Bates escorted the students to the school amid intense opposition and heavy threats, and continued to advocate for the students once they were enrolled, Britannica states. She is honored by the state of Arkansas with a state holiday on the third Monday of February.

Hedgeman was an advocate who worked with religious organizations and within the government to mobilize the civil rights movement. Hedgeman became the first African-American graduate of Hamline University in 1922, ANB.org reports. She later worked for a number of religious organizations, most notably the Young Women’s Christian Association, the New York Times reports. Hedgeman also held various roles in the government, including working on Harry S. Truman’s reelection campaign in 1948 and serving in the cabinet of New York Mayor Robert F. Wagner from 1954 to 1958, the first African-American woman to do so, according to NYPL. Hedgeman was also instrumental in the planning of the historic March on Washington in 1963. As the Anna Julie Cooper Center notes, “The name most often associated with the March on Washington is that of Martin Luther King, Jr., but without Hedgeman it is possible the final event that developed would not have materialized.”

Boynton Robinson has been recognized for her tireless civil rights advocacy in recent years—including a portrayal in 2014’s Selma and a headline-making photo with President Obama in 2015 on the 50th-anniversary of the Selma to Montgomery march—but many may not know just *how* pivotal a figure she was. Boynton Robinson began her civil rights activism in the 1930s, when she started advocating for voting rights after becoming one of the few African-American women registered to vote in Selma, Alabama, the Washington Post reports. Boynton Robinson became the first African-American woman in Alabama to run for Congress in 1964 and the following year, she helped Martin Luther King Jr. plan the march from Selma to Montgomery, Alabama for March 7, 1965, now known as ” Bloody Sunday.”

Of the many accomplishments Nash has made in her lifelong commitment to civil rights activism, her most famous contributions include her work organizing and leading Freedom Rides and sit-ins. Nash, who was born in Chicago, got involved with the civil rights movement when she enrolled at Fisk University in Nashville in 1959, Makers reports. In April 1960, she helped found the Student Nonviolent Coordinating Committee (SNCC), PBS reports. Nash also coordinated the Nashville Student Movement Ride, which was part of the Freedom Rides in 1961, coordinating between her fellow students, the media, and the Department of Justice, according to Yale News. She engaged in sit-ins herself, even spending time in jail in February 1961 in solidarity with the “Rock Hill Nine,” nine students that were imprisoned after a sit-in, according to PBS. Nash also played a crucial role in the desegregation campaign in Birmingham in 1963, and received a Rosa Parks Award from the SCLC along with her husband in 1965, Markers reports.
Post Views: 1,215 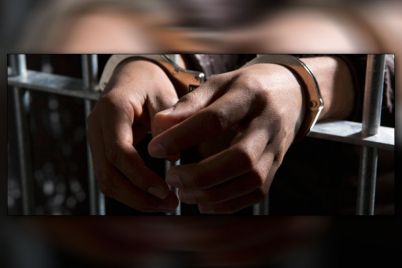 Breanna Edwards | Essence There will be a new Catholic school opened in Baltimore, Md.,…