PINELLAS COUNTY — “Equity Now” is the Foundation for a Healthy St. Petersburg’s bi-monthly radio show broadcast at 10:30 on Saturday mornings over on WTMP 1150 AM. Hosted by Carl Lavender, the Foundation’s chief equity officer, the program engages community stakeholders in conversations on issues that are vital to health and race equity in Pinellas.

Born in New York and raised in the Dominican Republic, Estévez has more than 20 years of experience developing and implementing educational and organizational initiatives that foster equitable spaces and help create thriving local and international communities.

Lavender began the conversation by asking Estévez to clarify the correct terminology non-Spanish speakers should use when discussing Spanish-speaking populations, referring to a variety of terms used over the years, including “Latinx” and “Hispanic.”

”As many of us have been involved in this work of relationship building, thinking about the word Latinx continues to be part of the narrative journey,” Estévez noted, referring to the “naming milestones” that Spanish-speaking communities have experienced. “I think the short answer is, ask the person or the group you engage in what they prefer.”

Since Latinx has emerged to be a gender-neutral term, Estévez said it presented an alternative to the male-gendered “Latino” and the feminine gendered “Latina.” This impulse, she offered, actually “emerged to expand the circle of human connection, expand the narrative. But like every narrative, it’s also very personal.”

According to Estévez, the term Hispanic emerged in the 1980s census as a way to “imagine” a community that included all Spanish speakers, including those immigrants from Latin America who lived in the United States. But, she said, many rebelled against the term.

“I remember growing up during that time; it was like, we do not want this imposed term by the government. So, then we went to Latino because we wanted to elevate the language.”

But usage of the term Latino eventually led to the question: “Where are the women in that?” she said.

While the terminology has continued to evolve, Estévez said most Spanish speakers prefer to self-identify based on their ethnic culture. She encouraged people to ask, “How do you identify yourself?” and to remain fluid with the terminology, leaving space for people to call themselves Latinx, Latino, or Hispanic based on their preference.

In discussing issues facing Spanish-speaking communities, Estévez listed access as the primary problem, referring to the almost “subterranean” and invisible communities that struggle with having access to the services that they need.

“There is a vulnerable elder population, especially with COVID-19,” she acknowledged, as well as those in the community who suffer from the systemic disparities in care often experienced in Black and Brown communities.

She also noted that language proficiency, proficiency around issues of physical, mental and emotional health, access to green spaces, and access to eldercare continue to be difficult to navigate and access for those who may understand English, but would prefer to engage in their own native Spanish language.

Lavender also asked Estévez to speak on the ways in which living under racism, especially in the South, impacts the communities she works with. She agreed that the issues presenting Black/African Americans have important consequences in Latinx communities as well. But, she said, in her experience, most Latinos and Latinas do not self-identify around the issue of race, which she linked to the impact of being “colonized.”

“Some keywords that I would put up first would be anti-Blackness – which should be a priority to address in our community. And then secondly, white privilege. Understanding our color privilege,” Estévez remarked.

She also said that while the concept of “freedom and liberation” is an idea everyone can relate to, some people in Spanish-speaking communities cannot relate to police violence against Black bodies.

“There are anti-Blackness attitudes that come up and white privilege.  But when I say, ‘state violence’ people can understand.”

She noted that people can relate and understand state violence when “police immigration officers come into someone’s home and take someone away from their family. They understand that there’s state violence in our communities when our children are being separated from their parents. That they can understand.”

Estévez will be working with the Foundation for a Healthy St. Petersburg on addressing issues directed at increasing equity in the Latinx community, including hosting an upcoming virtual convening in October. 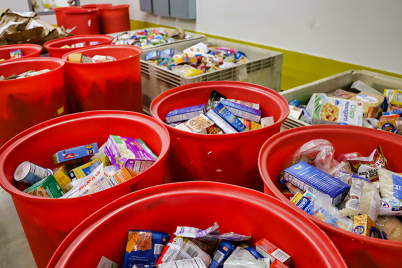 During the COVID-19 crisis, please call all food pantries to verify hours and… 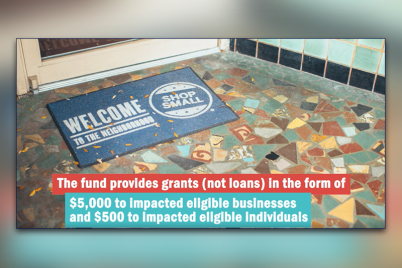 ST. PETERSBURG – The City of St. Petersburg is announcing an expansion of funding for… 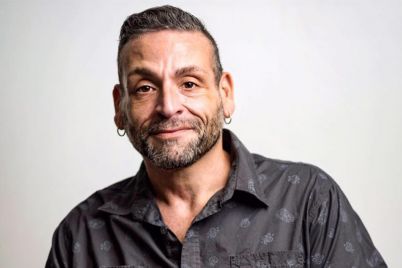