Exactly 159 years ago on July 7, 1860, which was more than a half century after the importation of enslaved Africans into America had been banned, the slave ship Clotilde illegally docked in Mobile, Alabama with 110 kidnapped Black men, women, and children from Benin near the west coast of the Motherland.

Among those 110 were a Back woman named Redoshi and a Black man named Oluale Kossola- the last two known enslaved persons in America on the last known slave ship in America- who remained alive until as recently as 1937 and 1935. I guess slavery wasn’t that long ago after all.

In other words, if you are in your late 40s-early 50s, you were born around 1969. That means your parents were born approximately 30 years earlier, close to the mid-to-late 1930s. Stated another way, your mother or father could have encountered elderly Black folks, especially in the South, who had been enslaved or who personally knew someone who had been enslaved. More about elderly people like that, namely Redoshi and Oluale Kossola, later in this article. Let’s get back to that slave ship right now.

By Walter Opinde, Black Then Who could ever imagine of a slave filing and winning a case… 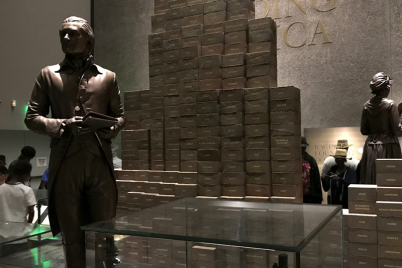 Stop shortchanging history: Slavery is so central to the American story that it needs a museum all its own

I recently visited the National Museum of African American History in Washington, D.C., a…