The image of rural America is often white, working class, and socially conservative — and most definitely not where lesbian, gay, bisexual, transgender, queer and same gender loving people live.

This mental picture is largely reflected in the media and in popular depictions of rural America, but the reality is that millions of people of color — including Black, Latinx, Native, Asian, Middle Eastern, and multiracial people — live in rural United States, and many of them are LGBTQ/SGL. Particularly as Congressional leaders from across the country consider the Equality Act, which would update our nation’s nondiscrimination laws to provide protections for LGBT people, people of color, and women, it is time to challenge the notion of what it means to live in rural America and where LGBTQ/SGL people, including LGBTQ/SGL people of color live. 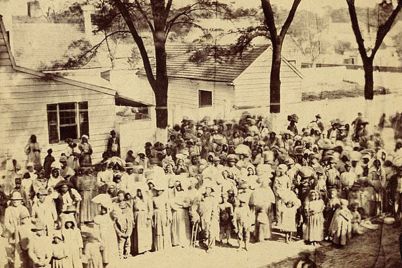 By P.R. Lockhart | Vox A white teacher at an affluent New York private school has been…

Bringing Your Authentic Self To Work As A Black Woman — Unpacked

by L Michelle So you want to be your authentic self in your corporate job. You have a…