ST. PETERSBURG – Each year the Men in the Making’s rite of passage celebrations has gotten larger and larger until it ended up at the historic Coliseum on May 17. More than 50 young men dressed to the nines in tuxedos and wearing huge smiles celebrated another year of success.

Launched in 2015 by Rev. Kenny Irby, senior pastor of Bethel AME Church, Men in the Making (MIM) has advanced as a progressive initiative focusing on role models and life skills to increase minority male success from the cradle to college. The program services youths from 8 to 18 with a curriculum that emphasizes academic excellence, social responsibility, emotional stability and cultural acuity.

All adult male role models/mentors must successfully complete a Florida Department of Law Enforcement background checks in order to be trained and certified as youth advocates and role models. Their mission is to develop relationships that positively impact the young men while helping to build essential skills needed to become productive, contributing residents of Pinellas County.

The mentors are made up of men of faith in the community, including law enforcement officers, pastors, coaches, businessmen, concerned citizens and students who lead by example to fortify neighborhoods, repair the breach, create social capital and financial resources while redirecting the current pipeline from dropout to prison.

In 2017, Women in the Making was launched and currently serves 25 young ladies and has 14 consistent role models.

Local veteran journalist Reginald Roundtree was slated to give the keynote address but had a family emergency. Instead, Rev. Irby and Greater Mt. Zion AME’s Rev. Clarence Williams filled in some of the gaps.

“Don’t waste your education, the opportunity your family has afforded you,” said Rev. Williams, who is also the chairman of Cross & Anvil Human Services. “Don’t waste a chance to learn from someone who is skilled in whatever they do. Don’t waste opportunities.”

Rev. Williams called Julie Weintraub, president of Gold & Diamond Source, on stage to thank her for the generous $10,000 donation she gave to the program. Weintraub said she has watched the program grow in such a short time and feels the impact it has on the community cannot be understated.

Pinellas County Commissioner Kenneth Welch was on hand to give a few words of encouragement. He warned the youth that they would receive mix messages from their peers, social media or rap music that can derail their success. He stressed that they listen to the words their mentors work so hard to instill.

“You can do anything you want to do in your life,” he said. “As you all move on, wherever you go, be true to yourself, set an example for yourself and don’t follow, but lead.”

President of St. Petersburg College Dr. Tonjua Williams spoke along the same lines when she told the young men to listen to their parents and not their friends.

“Follow your heart and make the right the decisions because following your friends can lead you in the wrong direction,” she stated. “There are two types of people in the world; you are either a follower or a leader. Be a good leader. If you’re a follower, find a good leader to follow.”

City Councilwoman Lisa Wheeler-Bowman fought back tears when thanking all of the MIM role models who volunteer their time to help inspire change in the youth. Her son was killed by gun violence, leaving behind a small child to face life without his father.

“Thank you for a being a mentor, a friend and father not only to my grandson but to all the kids,” she said.

Dr. Lewis Brinson, minority achievement officer for Pinellas County Schools, rounded out the words of encouragement by telling the youth to value their education and “most of all, avoid the foolishness.”

Program certificates and awards were distributed to each member of the 2019 class, with a few standouts: 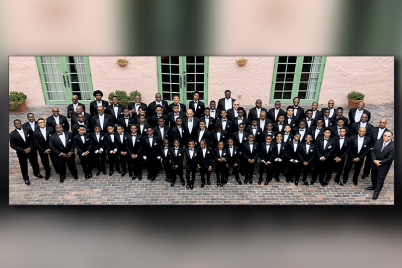 Men In The Making celebrates another year of success

The 2017-18 class of Men In The Making celebrated their rite of passage ceremony Friday,…