First, we are all fallible human beings and will inevitably make mistakes.  When made, reasonable people are capable of evaluating errors and taking appropriate corrective action.

On the other hand, some among us are motivated by bias, prejudice, and discriminatory beliefs and engage in deliberate acts of violence and brutality based on these beliefs.  All professions, ethnicities, and organizations are composed of individuals with these qualities, but not all act on them in the same way. Regrettably, some find their way into society’s most powerful institutions of social control, law enforcement and criminal justice.

Policies, procedures, and training are implemented to guide, direct, and hold accountable, individuals who engage professionally in the execution of law enforcement and criminal justice control. Technology has historically played an important role in advancing and improving the disciplines and, for the most part, are readily embraced.

However, body cameras are not universally welcomed as a tool to improve police performance and enhance accountability and professionalism.  Some police unions and labor organizations oppose body cameras and have been successful in their efforts to persuade law enforcement administrators to adopt their position.

I recently surveyed some law enforcement agencies in the Tampa Bay area and learned two of the largest departments do not outfit their personnel with body cameras. The Pinellas County Sheriff’s Office reported deputies do not wear body cameras, but every cruiser is equipped with dash cameras, and every deputy carries a microphone pack. Further, the sheriff indicated there were no plans to move to body cameras.

The St. Petersburg Police Department has a long-standing national reputation for innovation and professionalism. Five years ago, Chief Anthony Holloway tepidly endorsed body cams, but as of this writing, he has yet to implement them in the department.

He recently announced the department was field testing body cameras, and implementation has been put on hold due to coronavirus and anticipated revenue shortfalls.

Gulfport Police Department reports body cameras have been in use for approximately 10 years, and the Pasco County Sheriff’s Office responded: “Yes, we have had body cameras for the past five years.”

The two largest agencies in Hillsborough County are moving towards body cameras as well. The Tampa Police Department reports its city council initially denied a body cam funding request but recently reversed itself, and the department is moving forward with purchase and implementation.

This is important because, as we know, and as validated in the cases of Eric Garner and George Floyd, police violence and brutality are not limited to shootings.

Funding is a recurring theme in the body cam debate. One can adopt a cynical posture and assert lack of funds is merely an excuse given city and county governments are quite adept at finding money for initiatives they value.  And in some respects, there is credible evidence to support this perspective.

I encourage law enforcement administrators, mayors, city managers, and county administrators to seize the moment and opportunity presented by the Black Lives Matter Movement and lobby their lawmakers, state and federal, for funds to assist with body cam purchase and implementation.

On the national level, the House of Representatives wants to mandate body cameras while the Senate favors encouraging the use of body cameras. Given both houses find value in body cameras, why not lobby for federal dollars or justice department grants to assist in funding.  Such a move is not without precedent.

Chief Holloway has been named Chair of the Florida Police Chiefs Association’s subcommittee on Accountability and Societal Change. Congratulations, Chief Holloway! Accountability is so important in the administration of police agencies and change is being ushered in by the commitment and protests of so many demographically diverse individuals demanding government and leaders of all persuasions recognize and address America’s inequities.

Mama, Grandma Roxie, Nanny, and Daddy Amos taught me and their offspring to clean around your own doorstep first and be a model for others to follow.  I offer this admonishment to you, Chief Holloway, as you embark on your role as subcommittee chair.

You were selected in part because some believe you have the talent and vision to make change a reality. Please implement “on full time” body cameras in the St. Petersburg Police Department and work for full implementation in the State of Florida. Our law enforcement officers and Floridians deserve the protection. 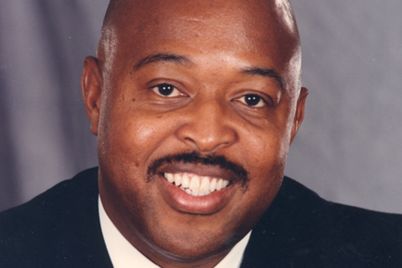 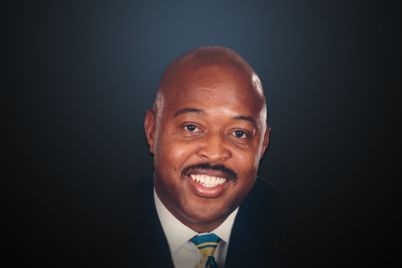