Police in Indiana are asking for the public’s assistance in tracking down a man suspected of impregnating a 10-year-old girl.

According to the police, Thrash is facing 10 counts of child molesting, which involves allegedly getting his girlfriend’s 10-year-old daughter pregnant.

The victim’s 32-year-old mother was arrested on May 16 on two counts of felony neglect of a dependent.

She is being held at Grant County Jail on $100,005 cash bond, reported the station WANE.

The Daily Mail is not naming the jailed mother to protect the privacy of the victim due to her age and the sexual nature of the crime.

According to the woman’s social media postings, the couple have been dating for at least two years and the woman also has a son.

Thrash’s Facebook account indicates that he is originally from New York. He is described as 6 foot 1, weighing 160lbs.

It is believed that Thrash has fled Marion and is on the run at this time. By Valerie Edwards For Dailymail.com and Associated Press A 61-year-old grandfather…

By ASHLEY COLLMAN FOR DAILYMAIL.COM and ASSOCIATED PRESS Prosecutors say a  New… 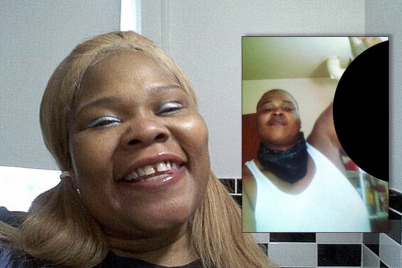 Bronx man who murdered mom, hacked her into pieces & took selfie with head gets 25 years

BY SNEJANA FARBEROV FOR DAILYMAIL.COM A Bronx man convicted of killing and dismembering…