By SNABE HAWKEN FOR MAILONLINE

The chief of police in a Chicago suburb has revealed that the officer who shot dead a black security guard outside a bar over the weekend was white, raising questions over whether race was a factor  – and prompting a local elected official to call for Cook County prosecutors to investigate the fatal incident.

It also emerged on Tuesday that the victim, 26-year-old Jemel Roberson, was apparently wearing a hat emblazoned with the word ‘SECURITY’ across the front when he was gunned down by an officer from the Midlothian Police Department outside Manny’s Blue Room in Robbins, a predominantly black community just south of Chicago.

At the time, according to witnesses and a lawsuit, Roberson was attempting to detain a suspect in a separate shooting that wounded several other people at the tavern.

‘Spiritual leader’ of group living on punished girls by locking them in car, leaving to die without food, water for weeks

By EMILY CRANE FOR DAILYMAIL.COM A woman who was acting as a ‘spiritual…

By ASHLEY COLLMAN FOR DAILYMAIL.COM The kidnapping victim who bravely escaped her captor… 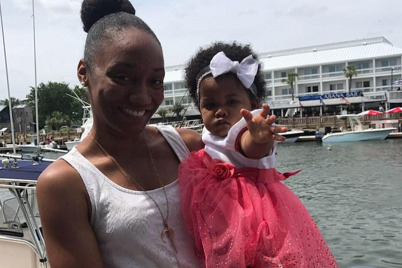 By Ashley Collman and Ariel Zilber For Dailymail.com A 25-year-old woman charged in…