ST. PETERSBURG – Pinellas Technical College (PTC) held its graduation ceremony last month for both the St. Pete and Clearwater campuses at First Baptist Church. Educational experts from all over the county were in attendance to congratulate the graduates on obtaining certification in their chosen field of study.

School Board members Eileen Long and Deputy Superintendent William Corbett, Ed.D. were among the speakers, giving wise words to the gathered crowd.

“Each of us has a special teacher, or more than one teacher, who helped us get where we are,” said Corbett, who encouraged graduates to take a moment and thank those educators that helped prepare them for not only academic success, but also for the reality of working.

Mayor Rick Kriseman emphasized the importance of earning a certificate in a trade that will help the new graduates build a future not only to provide for their families but also contribute to the future of the city.

“It won’t always be easy, but the things that are worthwhile never are,” said Kriseman, hoping students would ignore those that tell them to take an easier path. “Ignore those voices that insist you follow their path or do it their way.”

PTC provides educational opportunities to the non-traditional student or for the high school graduate who are not ready or do not want to attend a four-year college in trades such as  culinary arts, automotive repair, early childhood education, cosmetology and welding, to name a few.

“I know that the journey that you took to get here today was through untraditional means,” continued Kriseman, “but please do not let anyone tell you that this achievement is any less extraordinary.”

Stage Production is yet another program PTC offers, and instructor Jeff Wilson took the time to recognize a student that exemplifies the success of the program.

Tiffanie Sapp not only earned a certificate in Stage Production, but also Automotive Service Technology, and had stirring words for her fellow graduates. She spoke of using a PTC certification to better the lives of not only themselves but those in their families and community.

One way Sapp hopes to do that is by opening her mind to opportunities to think outside the box. PTC provides the chance to make a difference and accomplish goals that will not only lead to her own personal gain, but benefit the world at large.

Graduates and families listened while she spoke of stoking the fire inside themselves, and the need to look at life’s ups and downs as a chance to shine.

“Be a light for someone and don’t let hardships or people’s attitudes flush it out,” she said.

Sapp believes that it takes people with all skill sets to make the world go round, and feels that every career path, or job, has a place in making someone’s day go smoother.

“No matter what field we are going into, we all have the opportunity to somehow bring more than just knowledge, but a loving kindness that’s greatly needed to be brought back in style,” Sapp said. 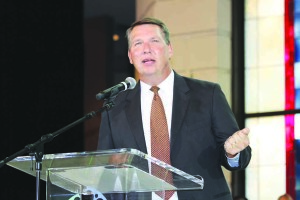 The ability to create and deal with change in someone’s life is one of Bill Ulbricht’s three Cs. Senior Vice President and Chief Administrative Officer for BayCare Medical Group, Ulbricht was the man of the hour, giving the 2018 commencement speech.

He believes change, choice and caring are the core lifelong learning goals that society should focus on. Whether good or bad, change is rarely seen as easy. Ulbricht wants graduates to embrace change not fear it, and above all else not do the same thing repeatedly.

“Change is important because it’s the only constant we’re going to have in our lives,” he said.

Ulbricht also believes that choice plays a huge role in the outcome of any situation and inevitably causes changes in lives.

“One of the most important things that we face in our lives is the choices before us,” he said, emphasizing that there are many outcomes that are not controllable. “You can’t choose other people’s decisions. People will make up their own minds and do what’s right for them.”

But he does advocate taking control of situations you can influence yourself. Choosing to wake up every day, show up to work or school on time and having a positive, can-do attitude are a few of the suggestions he had for graduates.

He challenged students to try to understand the crosses that many have to bear in their lives, to believe that people have good intentions and that family issues, job issues, illness and loss can affect the way others interact with those around them.

“Choose the right attitude,” Ulbricht said, stressing the need to care for others and live by a personal motto to do something each day that will make a difference, whether big or small, in another person’s life. “You never know what another person is going through.” 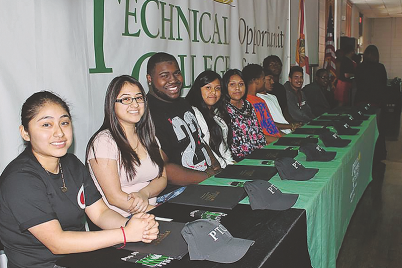 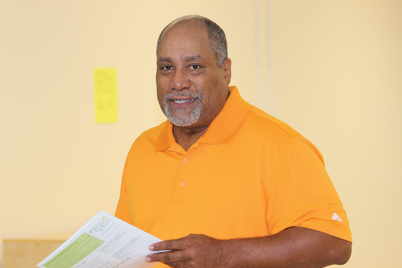 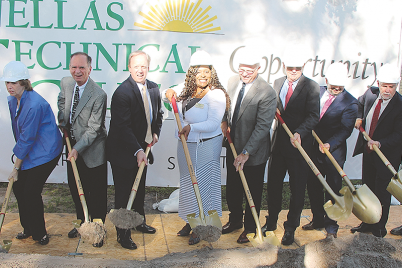