by Niraj Chokshi via nytimes.com

The photographer Don Hogan Charles in New York in the late 1960s. Among his better-known photographs was one taken in 1964 of Malcolm X holding a rifle as he peered out the window of his Queens home. (Photo Credit: The New York Times)

Don Hogan Charles, who was the first black photographer to be hired by The New York Times, and who drew acclaim for his evocative shots of the civil rights movement and everyday life in New York, died on Dec. 15 in East Harlem. He was 79.

His niece Cherylann O’Garro, who announced the death, said his family did not yet know the cause.

In more than four decades at The Times, Mr. Charles photographed a wide range of subjects, from local hangouts to celebrities to fashion to the United Nations. But he may be best remembered for the work that earned him early acclaim: his photographs of key moments and figures of the civil rights era.

In 1964, he took a now-famous photograph, for Ebony magazine, of Malcolm X holding a rifle as he peered out of the window of his Queens home. In 1968, for The Times, he photographed Coretta Scott King, her gaze fixed in the distance, at the funeral of her husband, the Rev. Dr. Martin Luther King Jr.

Mr. Charles resisted being racially pigeonholed but also considered it a duty to cover the movement, said Chester Higgins, who joined The Times in 1975 as one of its few other black photographers.

“He felt that his responsibility was to get the story right, that the white reporters and white photographers were very limited,” Mr. Higgins, who retired in 2015, said in a telephone interview.

Even in New York, historically black neighborhoods like Harlem, where Mr. Charles lived, were often covered with little nuance, said James Estrin, a longtime staff photographer for The Times and an editor of the photojournalism blog Lens. But Mr. Charles, through his photography, provided readers a fuller portrait of lifethroughout those parts of the city, Mr. Estrin said.

“Few people on staff had the slightest idea what a large amount of New York was like,” he added. “He brought this reservoir of knowledge and experience of New York City.”

Exacting and deeply private, Mr. Charles came off as standoffish to some. But to others, especially many women, he was a supportive mentor.

“He’s going to give you the bear attitude, but if you look past that he was something else,” said Michelle Agins, who met Mr. Charles while she was a freelance photographer in Chicago and he was working in The Times’s bureau there.

The two reconnected when she joined The Times as a staff photographer in 1989.

“When you’re a new kid at The New York Times and you needed a big brother, he was all of that,” she said. “He was definitely the guy to have on your team. He wouldn’t let other people bully you.”

Mr. Charles took Ms. Agins under his wing, and she was not alone. “I’ve had many women photographers tell me that he stood up for them,” Mr. Estrin said.

That may be because Mr. Charles knew the hardships that came with belonging to a group that was underrepresented in the workplace.

At one Thanksgiving dinner decades ago, Ms. O’Garro said, he tearfully described the pain he felt on arriving at a New York City store for an assignment, only to be asked to come in through a back entrance. She added that while covering the civil rights movement in the South, he would often check the tailpipe of his vehicle for explosives.

Despite those obstacles, Mr. Charles went on to have a long career at The Times, covering subjects including celebrities like John Lennon and Muhammad Ali and New York institutions like the United Nations. In 1996, four of his photographs were included in an exhibition at the Museum of Modern Art on a century of photography from The Times.

Daniel James Charles (he later went by Donald or Don) was born in New York City on Sept. 9, 1938. His parents, James Charles and the former Elizabeth Ann Hogan, were immigrants from the Caribbean, Ms. O’Garro said.

After graduating from George Washington High School in Manhattan, he enrolled at the City College of New York as an engineering student before dropping out to pursue photography, although at the time it was just a hobby. He worked as a freelance photographer before joining The Times in 1964. He retired in 2007.

Mr. Charles never married and had no children. No immediate family members survive, though he was close with his three nieces and one nephew. 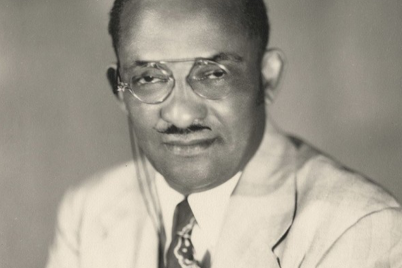 Ossian Sweet: Acquitted of murder in the Sweet Trials

By Meserette Kentake, Kentake Page Ossian Sweet was an African American physician in… 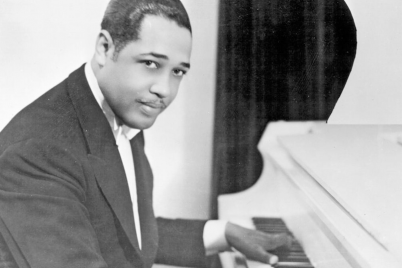 Michelle R. Scott | Earl Brooks | The Conversation At a moment when there is a…