Inside the National Memorial for Peace and Justice, which grand opened in Mobile, Ala., in 2018 (Photo: Briene Lermitte)

ST. PETERSBURG — “On Nov. 12, 1914, a crowd of 1,500, including many of St. Petersburg’s prominent white families and leaders, gathered at Ninth Street South and Second Avenue to watch John Evans being lynched from a light pole. At first, he kept himself alive by wrapping his legs around the light pole. Then an unidentified white woman in a nearby automobile ended his struggle with a single bullet. Though the shot was fatal, the rest of the crowd began shooting at Evans’ dangling body until their ammunition was depleted.”

This was but one of the acts of naked violence perpetrated against African Americans in Pinellas County that will soon be memorialized with the installation of a lynching memorial marker, situated on the site of that 1914 murder of John Evans.

The project was initiated in 2017 by a Lynching Memorial Committee at St. Augustine’s Episcopal Church of St. Petersburg. Since then, dozens of community leaders and organizations have joined in support.

They’ve won the blessing of Deputy Mayor and City Administrator Dr. Kanika Tomalin too. The City of St. Petersburg will contribute the land for the lynching marker.

The group – now titled The Pinellas County Community Remembrance Project Coalition (CRPC) – says its mission “is to bear witness to the legacy of racial terror, epitomized by lynchings in America.”

They recognize that some will see the memorial’s presence as “pouring salt in old wounds.” But project leaders say that “truth-telling” about the past is vital to future progress. A description of the project stresses that “the CRPC will advocate for the truth of the story; educate with the truth of the story; commemorate; and collate this history; in an effort to bring about reconciliation, justice, equity, peace and healing.”

National partners agree. This Wednesday, CRPC Co-Chairs Jacqueline Hubbard and Gwendolyn Reese received word that the Equal Justice Initiative (founders of the National Memorial for Peace and Justice in Mobile, Alabama) will support their cause.

The EJI will cover the expense of the marker and its transport from Mobile to St. Petersburg, while a local coalition will raise funding for relatively small local costs.

Wayne Atherholt, director of the mayor’s office of Cultural Affairs, is working with the CRPC to coordinate all City-related tasks, such as permitting.

One side of the new memorial will document the vision of the EJI, which is working with counties across the country to claim monuments that now reside at the National Memorial in Mobile. “Eventually, this process will change the built environment of the Deep South and beyond to more honestly reflect our history,” notes the EJI website, which in turn will help “communities engage with this history in a constructive and meaningful way.”

The other side of the marker will capture Pinellas County’s history of what the CRPC terms “racial terror violence.”

CRPC Co-Chair Gwen Reese says the project will start local conversation and education around the topic. “Lynchings may be one of the better-known manifestations of racial terror violence,” said Reese, “but it happened in many forms.”

Rape and sexual assaults of Black domestic workers, along with Ku Klux Klan marches, beatings, and various forms of economic boycott and control are among the instruments of oppression wielded here in Pinellas County.

Jacqueline Hubbard, a retired attorney who also Co-Chairs the CRPC, insists, “We must never forget the violence black communities have been subjected to since the founding of this nation. Only some have realized that despite the accomplishments of Black Americans, the legacy of racial terror, enslavement, mass incarceration, intimidation, and segregation still plague American society.”

Hubbard says this is due in part to the apathy of citizens who continue to ignore past and present realities. “The entire community needs to become aware of the indelible history of political terror Black Americans still experience and accept that our past is responsible for our present unacceptable condition and make a common effort to change it for the better.”

The EJI is working with several dozen communities to do the same. Its extensive research has documented over 4,400 African American men, women, and children who were hanged, burned alive, shot, drowned, and beaten to death by white mobs between 1877 and 1950.

So far, local CRPC stakeholders have fully documented two such murders in Pinellas, along with dozens of other racial terror violence incidents here. Researchers are in the process of vetting and chronicling three additional lynchings that never made it into local history books.

Dr. Tomalin said, “The formal and permanent marking of the site of Mr. Evans’ lynching is critically important in our community’s ongoing work for truth and reconciliation. Atrocities such as Mr. Evans’ murder are a stinging chapter in our national story that must be told if we are to fully understand and advance the complex compendium of truths surrounding race in America.

“The city is grateful for the service of the committed citizens who are shepherding this important work, and pleased to honor its obligation to help our community heal the unattended wounds of racial discrimination and abuse that have been suffered in St. Petersburg.”

The CRPC continues to meet at St. Augustine’s Episcopal Church. Its members have an aggressive timeline for implementing the project, which will include a local essay contest to raise awareness of the history. The lynching memorial marker could be installed as early as this November.

If interested in supporting, the CRPC meets for an hour at 6 p.m. the first and third Tuesdays of the month at St. Augustine’s Episcopal Church, located at 2920 26th Ave. S, in St. Petersburg. 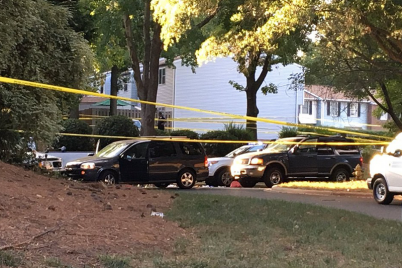 BY KHALEDA RAHMAN FOR DAILYMAIL.COM Police have insisted the man who was shot dead by a… 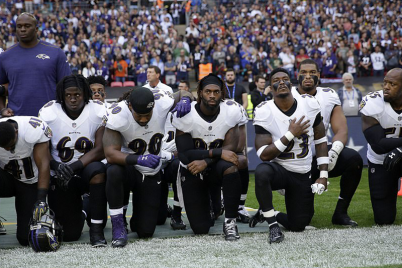 130 NFL stars kneel or sit during anthem in defiance of Trump: Hundreds more including Brady link arms in solidarity

By Abigail Miller and Emily Crane For Dailymail.com and Associated Press…

Clerk calls 911 to have college student, 22, kicked out of the store ‘because he’s arrogant…black’

By MINYVONNE BURKE FOR DAILYMAIL.COM A college student said he was kicked out of a…