In 1960, black protesters in Biloxi, Mississippi, were attacked while demanding equal access to public beaches. Now the remaining activists are working to preserve the history of the “wade-ins” that opened the space to everyone. 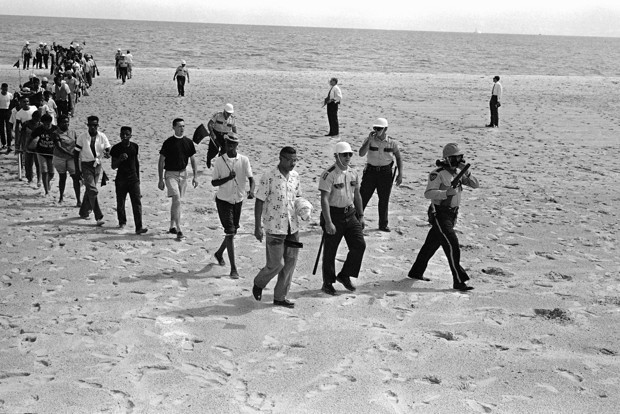 Clemon Jimerson still remembers his first time on the beach in Biloxi, Mississippi. It was April 24, 1960—Easter Sunday—and a local physician had organized a gathering of more than 120 people on three sections of the 26-mile shoreline. Jimerson was 14 years old then, and he marked the occasion with a brand new swimsuit and a top-of-the-line, gold-banded Elgin watch.

Jimerson lived just two miles from the beach, but Jim Crow laws barred him and the rest of the black community from visiting. (Blacks were allowed on a small part of the beach that was some 10 miles away from his neighborhood.) That led the physician—a man named Dr. Gilbert Mason, who would become one of the leading civil rights activists in Mississippi—to plan a “wade-in” as both an act of civil disobedience and a family event. Women, children, and teenagers therewere “just having a good time,” Jimerson recalls.

At worst, the protesters expected to be ordered off the beach by police, and maybe some arrests. That was what happened in the two previous wade-ins. What they didn’t see coming was a mob of white men armed with clubs, brass knuckles, and bricks.

That day would come to be known as Bloody Sunday.

Nearly six decades later, Biloxi Beach is open to everyone, and while it’s a popular spot among locals, few who visit are aware of the sacrifices that made that possible. To keep that history alive, a new initiative called Witnessing the Beach aims to bring the stories of Jimerson and the other wade-in participants—or witnesses, as they’re called—into the forefront. With help from a $100,000 grant from the Knight Cities Challenge, the project involves building a pop-up stage with chairs and a roll-out, wheelchair-accessible surface on which organizers will host regular meet-ups with tourists, local residents, and community activists who still live in the area. 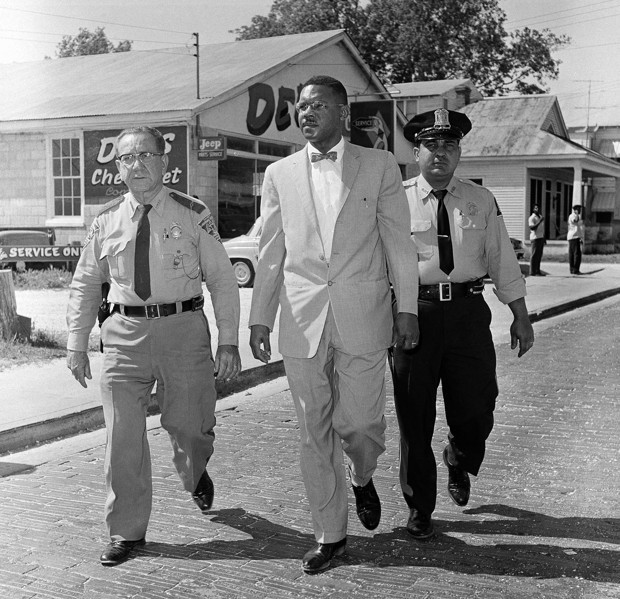 “There are some really amazing people in this community who have been part of its history,” says project leader David Perkes, founding director of Gulf Coast Community Design Studio and a professor at Mississippi State University. He’s been working with the residents there to rebuild the community in the aftermath of Hurricane Katrina. “The beach as a kind of public space now is taken for granted, and [the project] brings attention to the fact that this space had to be fought for.”

The Greensboro sit-ins, the Freedom Rides, and the integration of Little Rock Central High School are all familiar events in the conversation about civil rights history. Less known is the fact that beaches and other recreational spaces, including parks and skating rinks, also became battlegrounds for equal rights. And it wasn’t just in Biloxi—the black community also fought to end segregation of the beaches in cities across the country, from Miami and Fort Lauderdale to Chicago and Santa Monica.

The wade-ins on Biloxi Beach were, in fact, Mississippi’s first organized act of civil disobedience in the civil rights era. There were three in total between 1959 and 1963—four if you count the time that Mason went to the beach alone and got arrested, an incident that sparked action in the rest of the community. And while marches and bus boycotts were led by prominent names like Martin Luther King Jr. and Rosa Parks, the frontlines of these protests were made up of mothers, children, and teenagers like Jimerson. (These were the groups that Mason, who passed away in 2006, approached when organizing; men, who were often the breadwinners, risked retribution from their employers.) For them, it was a fight not only over the right to use public space, but also over their right to leisure.

“This is a resort town, and in the late ‘50s and early ‘60s, the beach was the place of access of choice,” says Mason’s son, Gilbert Mason Jr. The younger Mason was only five when the 1960 wade-in happened, but he’s been trying to keep his father’s legacy alive. “[My father], in high school, was a swimmer and a Boy Scout, so being able to swim was very important to him.” Private property owners near the beach extended their property rights to the shore, making it easier to justify the denial of access for blacks. But Mason challenged that notion early on, arguing to city authorities that the beach was man-made and funded by taxpayers, which included the black community.

Those were the sorts of rules that made Jimerson realize the injustice of the Jim Crow laws during his teenage years. He recalls how, when he’d take the city bus, he had to pay at the front, then exit and use the back door to get back in. “I guess as a child, I wasn’t happy with that, and when you’re not happy with a situation, you’d be willing to risk arrest to see if you can make changes.” Under the guidance of Mason, who was both his physician and his scout master, Jimerson eventually became a youth leader.

On the day of the 1960 wade-in, Jimerson headed straight for the water with a classmate. His Elgin watch was tucked away in the pockets of his neatly folded pants (also new), which he had left on dry land. It wasn’t long before the white mob, apparently organized by a hardware store owner who caught wind of Mason’s plan, showed up with their arsenal of weapons. Just hours earlier, Mason had told all his participants to leave behind anything that could be misconstrued as a weapon. Even a nail filer was deemed too risky to bring along.

Unarmed, the protesters were beaten so badly that, according to Jimerson, one person was nearly decapitated. The police, meanwhile, stood by and watched. One witness, speaking to local TV station WLOX during the 50th anniversary, even recalled the police encouraging the mob. Jimerson ran for his life, crossing the seawall and threading the traffic on the highway that runs parallel to the beach. All the while, a white teen chased him into the surrounding neighborhoods. It wasn’t until Jimerson, cornered in an alley way, threw a punch at his opponent that the two finally fled separate ways.

He calls it a miracle that he was able to meet up with his family afterwardunharmed. But Jimerson never saw his watch again; when he and his stepfather went back to the beach to retrieve it, they found a pile the protesters’ belongings burning in fire. “We might need to go back [home],” his stepfather told him. “We can get another watch and some more clothes, but you can’t get another life.”

It would be several years before beaches were finally desegregated. Just a month after the wade-in, the U.S. Justice Department sued Biloxi for not allowing blacks on the beach—a lawsuit that included Jimerson’s testimony of the beatings that day. Biloxi lost the case in 1967, and in 1968, the beaches were open to the black community for the first time.

Today, many cities have made efforts to commemorate their own wade-in protests with special events and markers. Biloxi placed a memorial in 2010 on the very spot where the 1960 wade-in happened on its 50th anniversary. But with many of the activists aging, there’s a real concern that the stories, and the legacy, might soon be forgotten for good.

That’s partly why Jimerson has such a vivid memory about the events of that day, and the aftermath. For years, he’s been sharing his story to anyone who will listen. He’s also been keeping a list of witnesses and encouraging them to do the same in hopes that the community will remember the sacrifices and that, perhaps, the wade-ins will become a bigger part of the national conversation.

Yet he laments that the event isn’t taught in classrooms. “I coordinated the Black History program when I was a teacher [in Biloxi], so I would always have programs about the history of the wade-ins, but teaching it isn’t required as far as the school district is concerned,” he says. “This [information] should be in all the libraries and in all the schools, and it should be accessible.”

Both he and Mason believe the Witnessing the Beach project can finally create a space for that conversation to happen. Project leader David Perkes says the details are still being planned out with the local organizations and the city’s parks and recreations department. They’re still figuring out how to design the mobile space so that it will be easy to deploy and take down. That’s how Perkes’s team, as designers, can ensure that the pop-up meetings do indeed happen regularly.

What’s clear, however, is Perkes’s vision for the initiative both in the short term (to get the activists’ stories heard) and in the long term. “For me it would be a finer success if people begin to recognize that we have a history that not only is important, but has the potential to be why people why people come here,” he says, adding it would bring help bring in economic resources to help the community’s rebuilding efforts. “It’s not just about telling the important stories, but how they can be a catalyst to set in motion other work that can help this city.” 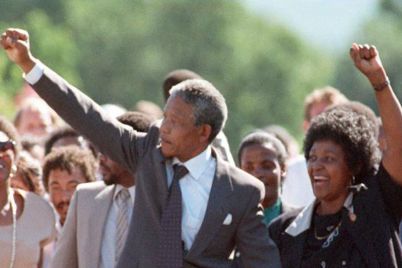 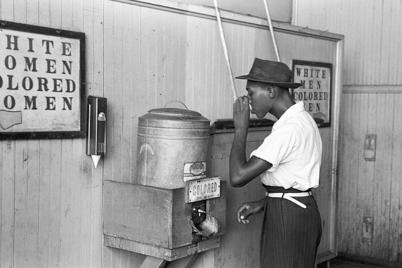 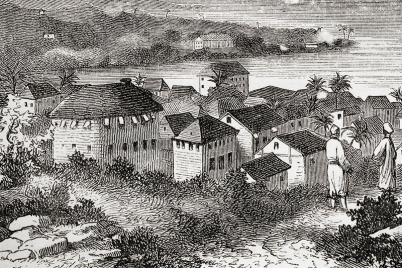