n Mississippi, the Supreme Court’s Brown v. Board of Education decision sparked not only visions of educational equality but also access to the ballot box. When the first voting-rights rally after the Brown decision was held in the Delta town of Mound Bayou, in April, 1955, it was the largest civil-rights gathering held in Mississippi in more than fifty years. Mound Bayou, an independent black-run town of just more than fifteen hundred residents—established by freed slaves, in 1887—existed outside the white feudal system of the Delta and was known as the only place in the state where a black man could run for the office of sheriff instead of simply having to fear the wrath of law enforcement. That made it a safe place for such a gathering, where more than ten thousand men, women, and children came to show support for the idea that voting rights could end a wave of police brutality across the state and also unseat politicians whose policies were equally harsh and vindictive against Mississippi’s black population.

What this rally did not attract was the attention of the white press—not even a line or two in the “news from the colored community” section of weekly newspapers in the Delta communities surrounding Mound Bayou. Two black newsweeklies covered the event, including the Mississippi-based Jackson Advocate, which was considered so conservative that it was often referred to as being “neo-segregationist.” Jet magazine, based in Chicago, sent a thirty-six-year-old reporter named Simeon Booker to cover the event, which included speeches by Michigan congressman Charles Diggs and the N.A.A.C.P. field secretary Medgar Evers.

The Mound Bayou voting-rights rally was the first of many intrepid reporting trips that Booker would make to Mississippi. A speaker at the rally, the Reverend George Washington Lee, would be murdered several weeks later, after attending an N.A.A.C.P. meeting, and Booker returned to Mississippi to report on the suspicious circumstances surrounding his death. He would return again to cover the murder of Emmett Till and the trial of his accused killers, Roy Bryant and J. W. Milam. In covering that story, Booker’s reporting took him from Mississippi to the Chicago funeral home where Mamie Till-Mobley decided to open her son Emmett’s casket—which arrived nailed shut, and which bore a seal from the state ordering it not to be opened—to let the world see what had been done to him. The Jet photographer David Jackson took the now famous photograph of Till’s mutilated body that appeared in the magazine after much editorial debate. In the pages of Jet, Booker described Till-Mobley at the funeral: “Her face wet with tears, she leaned over the body, just removed from a rubber bag in a Chicago funeral home, and cried out, ‘Darling, you have not died in vain. Your life has been sacrificed for something.’ ”

Booker, who died on Sunday, at the age of ninety-nine, was known by many as “the man from Jet,” because his fearless reporting from the front lines of the civil-rights movement in Mississippi and across the South was tied more to the magazine itself than to the man. Founded in 1951 by John H. Johnson, Jetfostered an idea of black essentialism and race pride from its inception. In her essay “The World According to Jet, or Notes Toward a Notion of Race-Pride,” the poet and essayist Elizabeth Alexander pondered whether the monolithic black audience the publication was geared toward ever existed. At the least, though, Jet aroused a strong sense of black identity in its readers in an era when it was not sanctioned by the wider world. That was part of the power of Jetmagazine. But the real editorial punch came from the reporting of Simeon Booker.

His incisive coverage led the black public to seek out the magazine as a reliable source for news at a time when there was little reporting from an African-American perspective. Booker covered the integration of Little Rock Central High School and got on the bus with the Freedom Riders, and was even on it when thugs boarded it to beat the men and women challenging Jim Crow. With the exception of two years as a reporter at the Washington Post, Booker wrote exclusively for publications aimed at black audiences—the pocket-sized Jet, and its glossier cousin, Ebony—which might explain why as a journalist he was not a household name. Magazines such as Henry Luce’s Life and Gardner Cowles, Jr.,’s Look were better-known chroniclers of the visual journey of the civil-rights movement, with double-page-spread photographs by Charles Moore, Gordon Parks, and John Vachon. But, in black homes in the North and South, and also in black barbershops and beauty parlors, Jet was considered the bible for documenting the black freedom struggle. That was particularly true in Mississippi, where the Hederman-family-owned Clarion–Ledger and Jackson Daily News worked hand in glove with the Mississippi State Sovereignty Commission in promoting the idea of white supremacy and the fallacy that both blacks and whites actually preferred segregation. I often heard people in my barbershop say, “If it isn’t in Jet, it didn’t happen.” And, if it did happen, black Mississippians counted on Jet every week to tell them the truth about the state-sponsored terrorism that was part of their daily lives.

One place that serves as a testament to the power of Simeon Booker’s reporting is the newly opened Mississippi Civil Rights Museum, in Jackson. A central part of the museum focusses on the importance of Mound Bayou in the freedom struggle, given its independence as a black-run town and the way it provided refuge for black reporters like Booker who indefatigably reported in Mississippi. Whether you’re looking at the gallery of Freedom Rider mugshots, the doors to Bryant’s Grocery, in Money, Mississippi, where Emmett Till’s story begins, or the rifle that killed Medgar Evers, these artifacts all hold a link to stories that Booker covered for Jet magazine. One exhibit even features a copy of the magazine from March 5, 1964, bearing a headline from a story on a “white underground movement in Mississippi.” While that story appears without a byline, his weekly “Ticker Tape U.S.A.” column—a breezy look at the news that combined reporting and reader questions—bore his name and was what made me, as a young reader of the magazine, associate Booker’s name with his reporting.

Years after I left Mississippi and moved to Washington, I came to know Booker as he was looking for a publisher for his 2013 memoir, “Shocking the Conscience.” We’d both been parishioners at the same church on Capitol Hill and knew each other by sight, but we became better acquainted as the book took shape. At his dining-room table, he recounted countless stories to me, such as how he dressed like an itinerant preacher, with a Bible on his dashboard, in order to pass for a local, only to have a white woman say to him, about his horn-rimmed glasses, “You’re not from around here. Niggers around here don’t wear glasses like that.” Although his stories of the civil-rights movement were always gripping, what was most impressive to me was sitting in the presence of a man who as a journalist had covered ten Presidents, reported from Capitol Hill when many black journalists were excluded, and even covered the Vietnam War.

Jet ceased print publication in 2014; it lives today in an online incarnation focussed on black culture and black celebrities, with a smattering of news. Making black culture visible was always part of the magazine’s mission—there was even a guide each week to appearances black people made on television, just so black viewers could see people like themselves on the small screen—but today a pocket-sized magazine seems out of place in our crowded media landscape. In an era of black Twitter, Web sites such as the Root, and edgier cultural commentary from sites like the Root’s Very Smart Brothas, it’s hard to imagine the reporting of one man leaving such a huge stamp on the culture. But Simeon Booker paved the way for the great variety of perspectives on African-American lives that we see in print and online today. There was only one “man from Jet,” and black writers and journalists, whether they realize it or not, were in some way shaped by the work he did.

W. Ralph Eubanks is the author of “Ever Is a Long Time: A Journey Into Mississippi’s Dark Past” and “The House at the End of the Road.” He is a visiting scholar in Southern studies at the University of Mississippi.
Post Views: 890 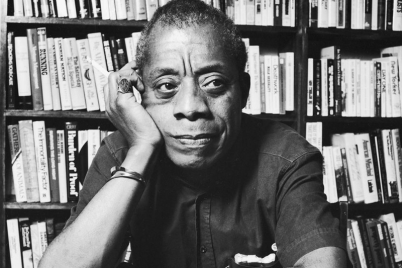 Source: Esquire In Esquire‘s July 1968 issue, published just after the… 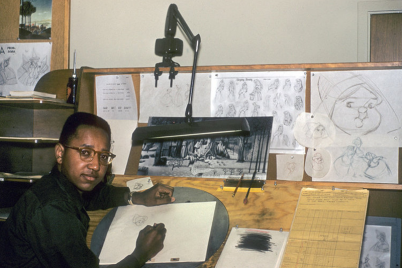 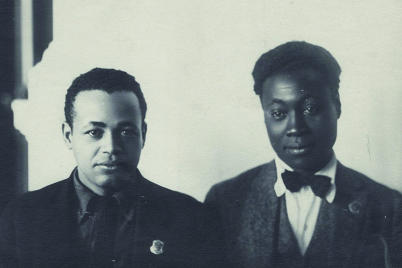 A Tool for Our Times: Legacies of Black Radicalism and Communism