Have you ever wanted to do something, but opportunities seemed few and mentors fewer?

Meet Bessie Coleman, the first black person to earn an international pilot’s license. Actually, she was the first person of both African-American and Native-American descent to hold a pilot license. Coleman was born on Jan. 26, 1892, in Atlanta, Texas. She died in a plane crash on April 30, 1926, at the young age of 34.

As a young adult, Coleman developed an interest in flying after hearing stories from pilots who had returned home from World War I. By then, she had left Texas and relocated to Chicago to be with her brothers.

Coleman’s upbringing had been tough. When she was nine years old, her father left the family. Although she loved school, every year, the cotton harvest took priority, so during that time of the year, she reported to the fields instead of the one-room schoolhouse. She came from a sharecropping family, and picking cotton provided the family with income.

By the age of 12, Coleman received a scholarship to attend the Missionary Baptist Church School. She loved learning. At 18 years old, Coleman enrolled in Langston University, where she completed one term of study. Unfortunately, she could not continue her education because she did not have the money.

Coleman was ambitious. She wanted more out of life. Envisioning herself flying planes, Chicago exposed her to possibility. There, she discovered a dream.

In 1920, there were no American flight schools that admitted women or African Americans. This did not stop Coleman. She worked two jobs to save money so she could take lessons in France.

Coleman also received the support and financial backing from the founder and publisher of the Chicago Defender, as well as from a wealthy banker. In preparation for her trip, she took a French-language class.

She sailed to Paris on Nov. 20, 1920. On June 15, 1921, Coleman’s dream manifested and history was made when she earned her pilot license from the Fédération Aéronautique Internationale.

Upon her initial return to the United States, Coleman discovered that she would need to perform dangerous air shows to earn money. Again, no one was willing to teach her in the United States. She returned to Europe to receive advanced training. Note, commercial flights had not arrived yet.

When Coleman returned to the United States for the second time, she was ready to launch her career in exhibition flying. She became known as “Queen Bess” and “Brave Bessie.” The admiration for Coleman crossed racial lines. She was both applauded and critiqued by the press.

Coleman used her platform to both promote aviation and combat racism. She spoke to national audiences about the pursuit of aviation and goals for African Americans. Also, Coleman took the bold stance of refusing to participate in any aviation event that prohibited the attendance of blacks.

Coleman desired to start a school for African-American flyers. Tragically, she died before that happened. Still, she is a pioneer aviator and an inspiration to early pilots and to the African-American and Native-American communities.

As Lieutenant William J. Powell wrote in his 1934 book “Black Wings:” “Because of Bessie Coleman we have overcome that which was worse than racial barriers. We have overcome the barriers within ourselves and dared to dream.”

She believed she could fly. Do you? 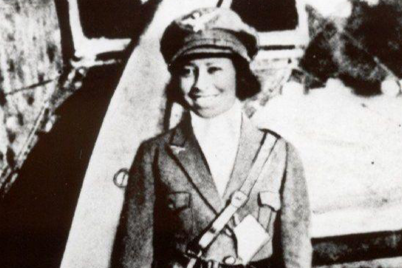 Exploration of cemeteries leads to fascinating biographies of African-Americans 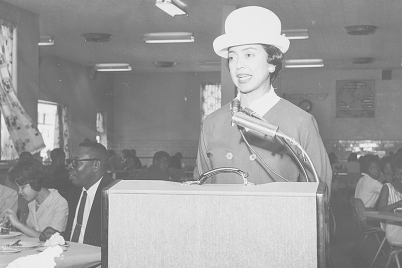