Why should the St. Petersburg Police Department wear bodycams? Why should it be required to record any interaction with the public?

Chief Anthony Holloway and Mayor Rick Kriseman have always been hesitant about insisting on real accountability for the St. Petersburg Police Department. The mentality of “it’s only a few bad apples” and “the majority of the department is made up of good people who mean well” should not be applied to such a critical job.

Every one of us would agree that it’s never OK to have a few bad pilots flying planes. Why? Because it affects all of us. Why does this not apply to policing?

Too many St. Petersburg citizens don’t see how this issue could touch them as long as it affects other people over there in some other part of St. Pete, and they’ll be fine. I, too, used to think @StPetePD was a contemporary police department that actively held its officers accountable and worked against police brutality.

Then it happened to me, and I live in a well-established mid to upper-middle-class neighborhood. The truth is police abuse can happen to any of us.

I am asking you to please help support this cause even if you believe that you will never be affected by police brutality. I know the chief said he is a supporter of bodycams and has been all along. The facts tell a different story.

The truth is, the buck stops with Chief Holloway and Mayor Kriseman, and they have been resistant to bodycams for five years. A few bad apples exist at the SPPD because the chief and the mayor have been turning a blind eye to the practices of the officers, while simultaneously refusing to implement modern technology.

The leadership never fully supported bodycams, and now that they are being pressed on the issue, they support a video system that only records when the officer pulls their gun, Taser or baton. That system is also prone to glitches and might give officers a legitimate excuse for not having their activities recorded.

Holloway and Kriseman know that fact because they attempted to test that system last year, and had to stop after one week because it did not work. Now the chief is pushing for the same system with the knowledge that it could face significant challenges in the field.

It also does nothing to hold officers accountable for misconduct that does not include use of a service weapon, such as beating and kicking, using derogatory slurs, planting of evidence, destruction of exculpatory evidence and any other physical or verbal abuse.

The profile picture I chose on Facebook, @BodyCams4StPetePD, is that of Chief Holloway poking his finger in a citizen’s chest because the activist was advocating for bodycams that would record all police interactions with the public.

Why is it so important for many?

It’s crucial for all citizens to know that police officers are sworn civil servants that took an oath to serve and protect. That oath gives them more credibility over any other citizen. A citizen should not feel that they have to get hit with a baton, stunned with a Taser or shot to have the facts recorded and ensure proper procedures were followed.

In my case, the police officer threatened me with gun violence then advised I had to talk to him or be Tased. He did not use his baton when he injured me. He simply repeatedly stepped on my body and my civil rights.

He reduced me to less than a human being in my driveway, in front of my wife and kids. He took my kids’ innocence and optimism right out of their soul and reduced the entire @StPetePD to a bunch of legally armed people who terrorize others.

Too many of us are being charged and up-charged with crimes for action we did not take and offense we did not give. Society considers past actions as predictors of future actions. In that case, don’t we want to get this, right?

Just volunteering to coach Little League or in your kid’s school requires a Level 2 clearance. Should the judgment of a GED or high school graduate who went through a few weeks of training determines the future of those we love?

How many people do we know who have been unfairly treated by the court system, and we all keep saying we need justice reform? Justice reform starts with the police officers and how we hold them accountable for their actions.

My right to life, liberty and the pursuit of happiness should not be held hostage by one man and his biases or that of his supervisor. Only activities that are formally filed to OPS gets reviewed.

How many people can post bond after an arrest, and those that do, what is the financial impact on their families and lives?

Any police arrest is a major act that requires a lot of scrutiny. Someone’s freedom is being taken away. It should not be about not getting beaten by a baton, Tased or shot. It should be about protecting and serving all.

Let’s face it, we are far from getting there, and we may never get there. Since we are not perfect, we need to have full accountability.

Policing is the most impactful job in our society, and we’ve seen time and again how police officers fail us. Their job is so vital to our city that we pay police officers more than our K-12 teachers who are required to have a four-year degree.

A new police recruit makes $52,500 in our city. Imagine paying someone so well that they are free to pursue life, liberty and the pursuit of happiness only to abuse you and take your civil rights away at will.

Do not bring up the cost factor in this debate. We’ve seen from all of @StPetePD social media posts and the mayor’s accolade the full display of their technology adaptation.

If all these arguments do not make you stop and think about the silent damages that are being done in the name of enforcing the law in our city, maybe this will. One officer’s misconduct reflects poorly on every officer.

Police families should take pride in what they do and not have to defend the profession. If the police are saying, “I don’t want to be recorded each time that I am interacting with the public because what is being recorded could impact me,” then I ask, “What are you hiding?”

That’s the point; police officers should not be afraid of transparency as long as they live up to their oath to “protect and serve.”

For those that say, “Well, anyone can have a bad day” I agree this is true, but nobody’s life should be negatively impacted because of a bad day. In that instance, the bodycam forces the officer to take that needed pause or that extra breath.

Wouldn’t it be nice for our city to finally know that enforcement of the law is done with professionalism, respect and service to the community with no one not being able to obstruct justice and get away with it?

Wouldn’t it be nice if every citizen knew that their family members, friends and associates will be treated with the same respect and service regardless of economic or social status, and where no one is getting favorable treatment because of who they know?

We should not need to question if anyone is being treated with dignity. This is a city where the sun shines bright on all of us, isn’t it Mayor Kriseman and Chief Holloway? 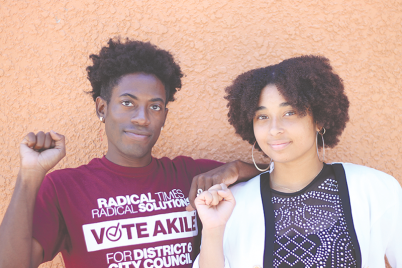 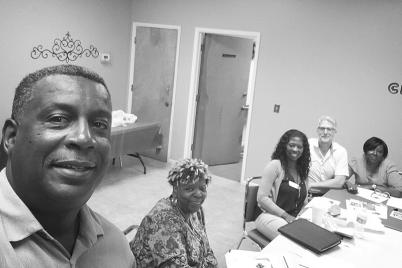 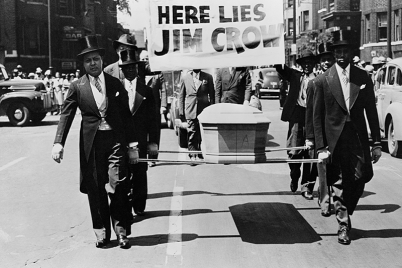 Jim Crow and the CRA program

Dear Editor: As many of you know, south St. Petersburg has been in the process of…