Yamira Patterson is a junior in the International Baccalaureate program at St. Petersburg High School.

ST. PETERSBURG — In early June, a petition authored by three St. Petersburg High School students started circulating on Instagram. The petition, which has more than 200 signatures, called for the “decolonization” of the curriculum in Pinellas County and was addressed directly to School Board Superintendent Dr. Michael Grego.

Yamira Patterson, a junior in the International Baccalaureate program at St. Petersburg High School and one of the authors of the petition, said she cringed when thinking about returning to school. One class, in particular, known as “theory of knowledge,” which, she said, is a class based on philosophy and set up for debate, is a source of much frustration for her.

“We’re supposed to debate controversial topics like human rights issues,” she said. “But we’re talking about things like whether or not everyone should have access to healthcare, which really isn’t that controversial.”

When the class does turn to controversial topics—like racism—and conversation heats up, Patterson said her teachers maintain that students keep the tone respectful in order to allow space for discussion.

This, Patterson said, is harmful.

“[James] Baldwin said it best,” she said as she paraphrased one of the famed novelist and playwright’s well-known quotes:

“We can disagree and still love each other unless your disagreement is rooted in my oppression and denial of my humanity and right to exist.”

This inability to dig into controversial topics — to look at racism and how it functions in society and affects students like her in and out of the classroom — is rooted in a whitewashed education system designed to keep everyone feeling safe and comfortable.

But Black students, Patterson said, feel neither safe nor comfortable in a classroom where they cannot discuss their own lived experience without being tone-policed.

“Racism, anti-blackness, misogyny… I’m hurt by these things every day in some way,” she said.

To do so, Patterson said, change within the education system is long overdue. The petition she co-authored might only be a few months old, but Patterson, who is 16, is not new to this kind of activism.

Since middle school, she has spoken openly about the problems she sees within the education system, but at that time, she said, most people dismissed and quieted her concerns.

When protests against the murder of George Floyd garnered traction around the globe, and Black Lives Matter grabbed the attention of the masses, Patterson saw an opportunity to act.

“My mom didn’t want me to protest because it can be dangerous,” she said. “So, I was trying to figure out how I could get involved.”

During a strategy meeting for an activist group of which she is a part, Patterson said she and a few other members started talking about what role they could play in the current call for justice and equality for Black lives.

“I started thinking about the fact that the George Zimmermans and Amy Coopers of the world didn’t just wake up and decide to be racist. Somewhere along the line, it was made clear [to them] that their whiteness gives them the right to brutalize and oppress others,” she averred. “They were taught that their privilege matters more than someone else’s humanity.”

She saw “antiracism” become a buzzword. She watched as books such as “How to be an Antiracist” by Dr. Ibram X. Kendi shot to the top of bestseller lists. Then, an idea came to her.

“We need more antiracism in education,” she said. “We can fight this in the classroom.”

After the petition garnered the Tampa Bay Times‘ attention, school board members said they would consider the students’ concerns.

Patterson said the school board has invited her to meetings around curriculum changes, and she plans to stay involved.

“We feel welcomed and like [the school board] is willing to listen to us.”

She said she hopes for a more truthful, comprehensive curriculum that includes topics such as the significance of 1619 and the African diaspora and teaches students about Black literature, Black mathematicians, and the harm caused by colonialism. Black history and significance, she said, didn’t just start and end with the Civil Rights Movement.

Still, changes to the curriculum itself are merely a starting point.

Teachers, she said, need antiracism training. They need to understand what microaggression and gaslighting are and how these behaviors hurt students of color.

She’d also like to see the school board review some of its policies. She sees dress code policies affect Black girls more than any other group. Likewise, some disciplinary policies like mandatory suspensions and expulsions cause more harm to Black and Brown students than other students.

A more equitable exchange of ideas between students and teachers, Patterson said, is also a much-needed piece in the puzzle for a more accurate curriculum.

“Marginalized students should have a lead in telling our stories and our history,” she said. “We have to get uncomfortable. We need to disrupt privilege. We need to see these things for what they are.” 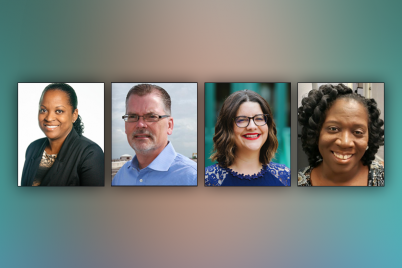 A conversation with city officials 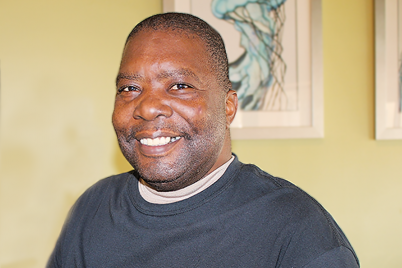 ST. PETERSBURG — Members of the community in need of school supplies for their…