By MATTHEW WRIGHT FOR DAILYMAIL.COM

A group of recent high school graduates were pleasantly surprised when former President Barack Obama made a guest appearance to their meeting on Tuesday,

The teens – all Obama Youth Jobs Corps interns with the Urban Alliance – expressed their disbelief as Barack strolled in and started shaking their hands in the Chicago office.

‘It’s good to see you guys, how is everybody doing?’ Obama stated as he greets the group as a collective. ‘This is the summer before you go out into the world and do all sorts of amazing things. That is exciting.’

By EMILY CRANE FOR DAILYMAIL.COM A daycare owner has begged for forgiveness after a… 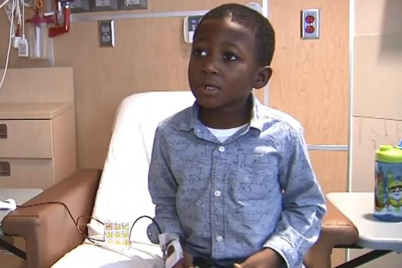