Gerrymandering is a tool used to socio-economically disenfranchise communities of color. If minority voters were to organize in one vote block, we could take on our local governments across the country and challenge the system for being in direct violation of the Federal Voting Rights Act of 1965, which prohibits racial discrimination in voting.

The City of St. Petersburg has jerry-rigged our council districts and city elections, thus worsening the blight and cultural divide inherent to south St. Pete. Equity is almost non-existent.

The city’s elected officials consist of nine individuals (including the mayor), which only one of whom is African American, while 23 percent of the overall city population is black. Yet, we pride ourselves on diversity. A direct consequence of a lack of diversity in local government at both the local and county levels has led to systematic inequalities in our schools, jobs, health care and our neighborhoods.

St. Petersburg’s city charter violates both the spirit and legality of the Voting Rights Act of 1965, and it places some of our community’s most vulnerable residents at a disadvantage. This council should do the right thing and demand representation for all by ironing out the inherent kinks found in the city charter and redrawing council district maps.

It baffles me how some leaders disguise themselves as progressives when the only thing truly progressive about them is their personal agendas.

Amendment 4 passed last November, granting 1.4 million returning citizens their right to vote while Republicans in Tallahassee are doing everything in their power to stop this from happening. Our elected officials in St. Petersburg are doing the exact same thing — suppressing the minority vote.

With so much new development taking place around town, we know that race deviations have been skewed since the 2013 council boundary lines were drawn. 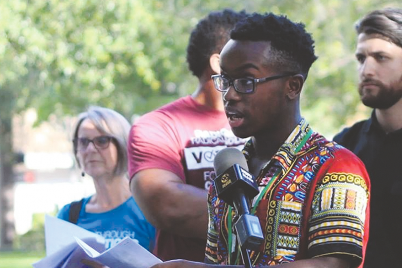 What is the first amendment to Principal Hepburn?

Dear Editor: Jail is back in session! I mean, school, right? I can’t tell the… 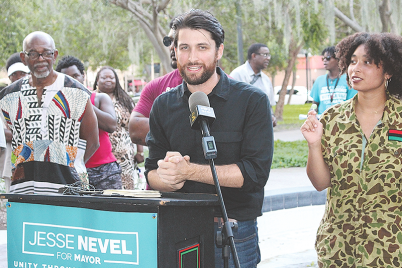 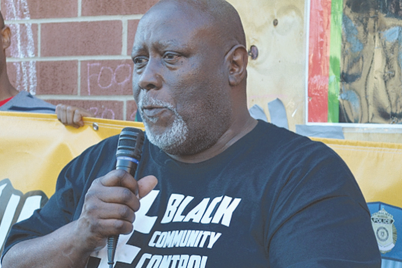 Why I endorse Akile Cainion and Jesse Nevel

Dear Editor: In all my years of political life, I have never seen two more dynamic,…