ST. PETERSBURG — The third annual Vyrle Davis Student Achievement Awards were held Thursday, April 18 at the historic Coliseum in downtown St. Pete. With the theme of “We are the change to maximize our future,” the awards were to recognize and honor the hard work, dedication and academic achievement of South County elementary, middle and high school students.

Deputy Superintendent Dr. William Corbett said that there are not many African-American principals and administrators in the county that have not been touched by Davis.

“Whether he was a teacher, principals or area superintendent, Vyrle Davis cared about the development and the growth of African-Americans educators,” he said, adding that Davis was his first superintendent when he started out as an assistant principal.

Corbett also stopped by to give parents the school board’s report card. The 2017-18 graduation rates as a district rose 3.1 percentage points to 86 percent of all students who graduated from high school on time.

As for black students, their graduation rates rose 6.9 percentage points to 76.2 percent, which represents a 20 percent increase since the 2012-13 school year. In the last six years, Pinellas County outpaced the state in increasing the graduation rates of black, Hispanic, exceptional student education and English learning students.

“You are smart; you’re here because you’re smart,” said Corbett, looking out in a sea of black scholars. “If you chose to go to college and get a degree as a teacher, come back to Pinellas County. We will hire you; you have a job guaranteed.”

School Board Chairperson Rene Flowers had the vision to honor black students who were high achievers in the community but who were often overlooked. After speaking with Superintendent Michael Grego and other Pinellas County administrators, the Vyrle Davis Student Achievement Awards was born.

“You see, I grew up in Jordan Park, a housing community where sometimes individuals didn’t think a whole lot of those of us that came out of there,” stated Flowers. “In that journey,… there were so many adults that took the time to let me know that I was important. Mr. Vyrle Davis was one of them.”

A Tampa native, Davis went to Florida A&M University. His first teaching job in Pinellas County was at Sixteenth Street Junior High, now John Hopkins Middle School. He soon went up the professional ladder. He became assistant principal at Gibbs High School, and in 1973 became principal at St. Petersburg High School, which had been an all-white school steeped in tradition.

Moreover, the county’s school desegregation policy had been in effect just two years, and sometimes the atmosphere turned tense on campuses. Davis was up to the task. St. Pete High experienced much less trouble than other high schools around the city.

Davis founded Ebony Scholars in 1984 as a motivational tool. The organization targeted elementary school pupils who were maintaining a high grade point average. If the youngsters carried a 3.0 by the time they reached high school, they joined the Ebony Scholars Academic Club, which discussed career options, examined college opportunities and studied social etiquette.

Davis became Pinellas County’s first black area superintendent in 1986, and although he retired in 1995, he continued to push for academic success for students. In 1998, he founded Concerned Organizations for Quality Education for Black Students, an organization that is going strong today.

“We were taught how to write a resume, public speaking, finance, but more importantly how important it is for us to come back and give back to our community. Those lessons have stuck with me through my lifetime,” she said. “I felt it is so important to give back by honoring a man who gave so much to our community.”

A precursor to the Ebony Scholars, the Alpha Phi Alpha Leadership program brought young African-American students together and helped map out their futures.

Nadya Riley, a senior at St. Pete High, was given the honor to be this year’s keynote speaker. Her essay received great reviews from the Vyrle Davis scholarship committee, and she got a chance to honor Davis in front of her peers.

“Leaders like Vyrle Davis worked to address some of the issues of the educational system from the 1960s through the early 2000s for all students, but especially black students. He understood the West African proverb that states ‘I am because we are’.”

She spoke about watching her brother make bad choices, being turned down and the appeals process to be accepted into the International Baccalaureate Program and the academic and social struggles she faced while trying to complete school.

“Next month, I will walk across the stage and receive my IB diploma from St. Petersburg High School. I will be one of six black students receiving this prestigious diploma out of a total of 102.”

Nadya credits her family with making it through such a rigorous program and dismisses the narrative of black youths having limited futures.

“Even though society would have you believe different, we are enrolling and graduating in ever-increasing numbers from HBCUs, top state colleges and universities, Ivy League and other sought after higher institutions of learning. Doors are being open, or in some cases kicked down. Opportunities are being seized.” 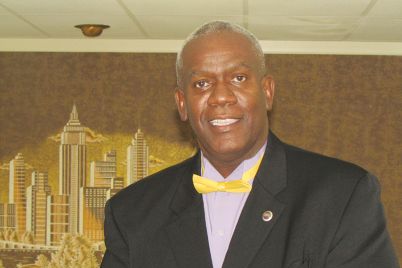 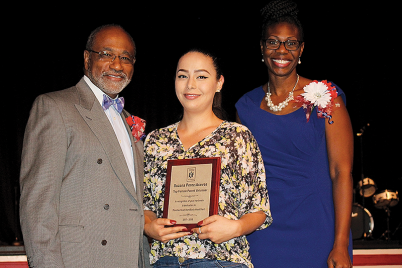 Ready for school, prepared for life 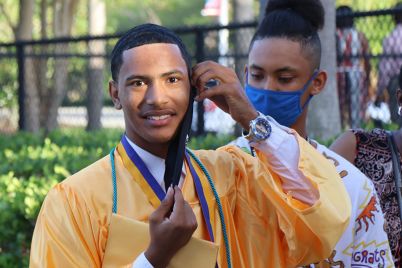 Class of 2021: PCS wants to know your future plans