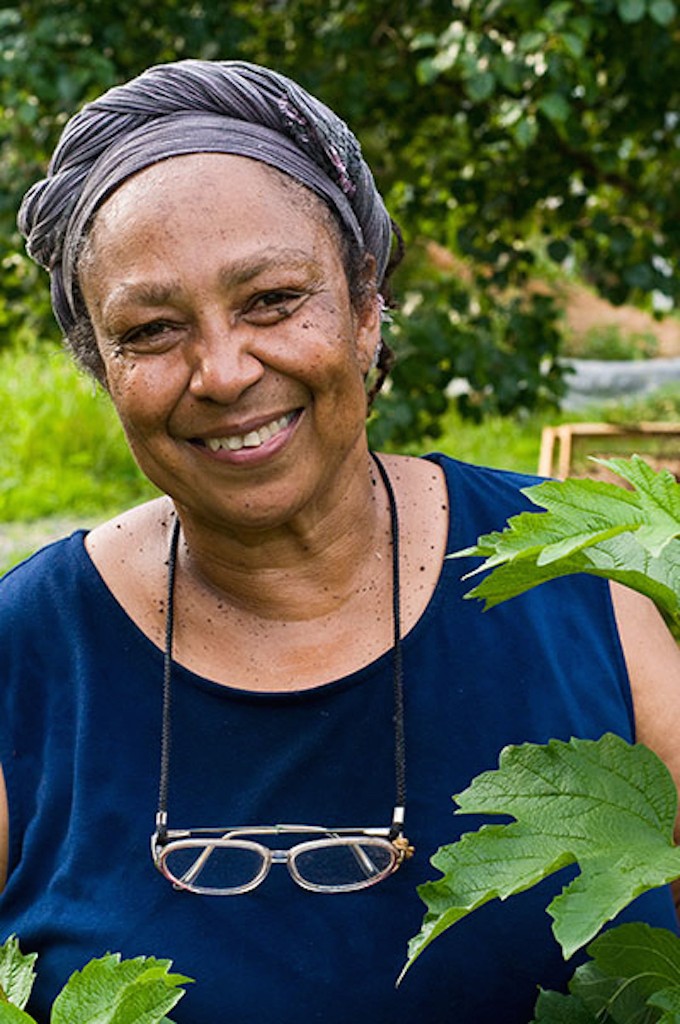 The annual Heritage Harvest Food Festival is hosted at Thomas Jefferson’s slave plantation Monticello. This year, its founders and participants are making a concerted effort to reckon with the site’s past.

“[Monticello has] grown in their response to the interpretation of slave life,” Twitty tells Broadly in a phone call. “They really, really want to make sure they have people there who can tell the story [of slavery] from an expert point of view.”

This guiding principle was founded in 2006 by Ira Wallace, a black woman and board member of the Pacific Northwest-based Organic Seed Alliance working to promote what she calls “the ethical stewardship of seeds” with educational tools, outreach, and research. Wallace lived 25 miles from the plantation and says that after a delightful carmel tomato tasting, she asked her friend and Monticello’s historic gardener and curator of plants Peggy Cornett: “Can you imagine people having this experience walking around Mr. Jefferson’s mountaintop?”

Together, Wallace and Cornett wrote a proposal for the Heritage Harvest Festival, “a grassroots, volunteer-oriented” festival seeking “to educate garden and culinary enthusiasts [to] preserve heirloom plants and foodways, and celebrate Thomas Jefferson’s agricultural and epicurean legacy.” “It was meant to be a small thing, but the first year a thousand people showed up,” Wallace remarks. “It grew like top seed!”

Over the years, the festival has included chefs from various backgrounds, more modern presentations of organic food culture, and a replica of the kitchen in Mulberry Road, where Jefferson’s slaves lived. “[Wallace made] sure all the voices of the region are included,” Twitty explained. “The family of the former slaves of Monticello are involved.”

This year, Wallace is most excited about the collards tasting. “They were an English food but they weren’t really valued,” she says. “[The slaves] had the collection of chili peppers from Native Americans and the love of dark green vegetables that came with the enslaved people, so they made collards that were tasty.”

While some may find the idea of hosting a food festival at a former slave plantation distasteful, Twitty says it’s important to show how slaves, especially the ones at Monticello, built American cuisine by adding spices to traditional English meals. “One of Jefferson’s favorite meats were guinea fowl, a bird brought via the slave trade from Africa,” Twitty explains. “He loved Okra. He loved rice. He loved black-eyed peas and tomatoes and hot peppers. His diet was much closer to the West African heritage of the majority of people who lived on that mountain as opposed to his ancestors.” 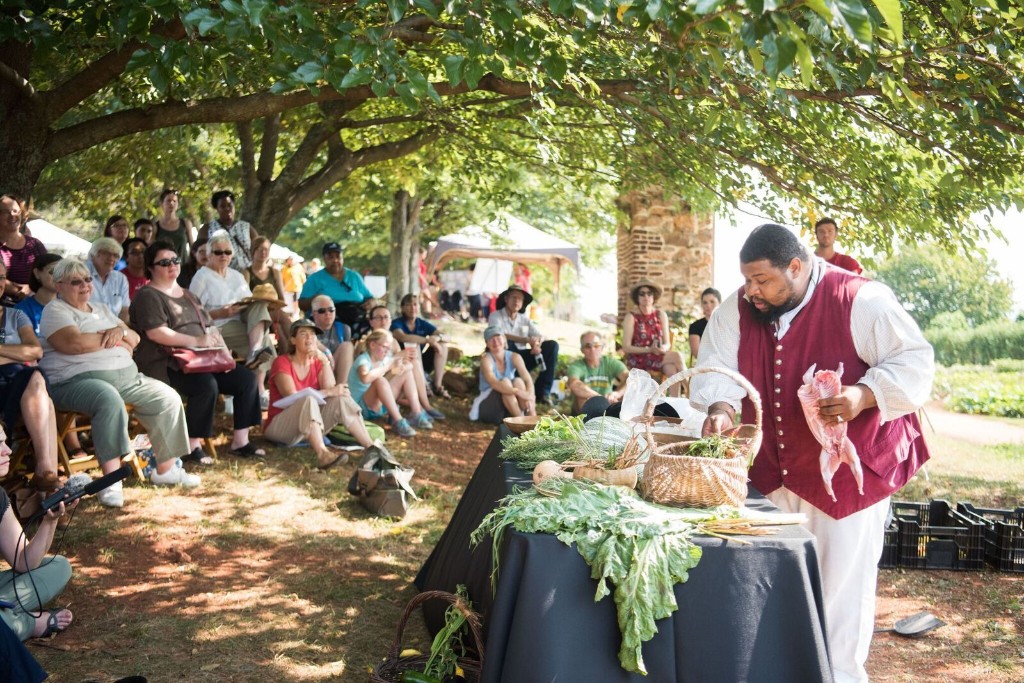 In 1784, Jefferson went to France with the enslaved James Hemings, the brother of Sally Hemings and half-brother of Jefferson’s wife. (“It’s kinda creepy. It’s real deep,” Twitty remarks.) According to Pulitzer Prize-winning historian Annette Gordon-Reed, James spent five years learning from French culinary experts and trained other black men and women in the craft when he returned to Monticello.

“The bottom line is: You want to know who first took Southern food and French-ified and fancied it up and Americanized it also? It was James Hemings and the rest of the black cooks at Monticello,” Twitty says.

He’s now incorporating Hemings’s recipes and practices into his Monticello shows, but that’s not the only way the festival touches upon heritage. Brie Arthur, a popular online foodie, will speak for the third year about the values of preserving free, organic seeds. “It’s a festival that’s in line with my values and messages that I try to convey to the next generation: understanding the heritage of our food and making sure we have good food from the earth,” she says in a phone interview. She points to Jefferson as an early example of preserving seeds. “We can all play a role in saving the genetics in our favorite foods.”

Still, after the neo-Nazi rally in Charlottesville, Arthur has Monticello’s past in mind. “Following the tragedy of Charlottesville several weeks ago, I’ve been in touch with several people at Monticello,” she says. “They really want to focus this festival on a greater understanding of the reality of what it was to be alive in that era and how we have so much to do moving forward.”

Monticello remains an imperfect place. According to the Awl, the Thomas Jefferson Foundation, which owns Monticello, found that Jefferson likely fathered six children with his slave Sally Hemings, but 2012’s “Slavery at Jefferson’s Monticello: Paradox of Liberty” exhibit only presented four kids. In his New York Times review, Edward Rothstein praised the exhibition for finally showcasing the horrors of Monticello, but critiqued its lack of nuance. “If slavery was, throughout global history, the rule, the exception was the last 200 years of gradual worldwide abolition. And Jefferson, for all his ‘deplorable entanglement,’ helped make it possible,” he writes.

“They were doing this before Charlottesville became a flashpoint of racial politics,” Twitty notes. Twenty years ago, few visitors would have imagined these workshops taking place at Monticello, and the Heritage Harvest Festival is part of that improvement.

“Monticello is an evolving living history site. Just like the rest of America is having some trouble reconciling itself to the plurality that is our country, Monticello has to deal with that,” Wallace explains. “Someone who came to Monticello 20 years ago when they weren’t dealing doesn’t have quite a picture of Monticello today.”

A Conversation About Race in Trump’s America

By Nadia Awusu, Huffington Post I am a black woman, and like most black women, I am…

Where Are All the Black Atheists?

BY: BISHOP MCNEILL, The Root I am black. I am also an atheist. It’s understandable if…