I am proud of the accomplishment by the talented and qualified U.S. Senator from California; however, Black women across America are literally jumping with political joy about having a Black woman who, if elected, will only be a heartbeat away from becoming president.

Be happy for Kamala, but don’t go to sleep and dream that the U.S. government will change its ways and automatically begin to treat African Americans with love, equality, justice and respect!

I know you don’t like for me to write like this but leave it to The Gantt Report to tell you how the government works. Race and or gender have little or no impact on what federal, state and local governments will do for the masses of Black people.

Governing in America is all about the MONEY! Can I prove it? Yes!

If you don’t know, the only thing that elected officials must do is to divide, or appropriate, taxes, fees, fines and other government revenue.

Who will get more government jobs, contracts, tax breaks, and opportunities to participate in million and billion dollar purchasing transactions? You know the answer.

Kodak recently got a $750 million government loan orchestrated by the Trump administration. Name the Black company that got a $750 million loan from the United States government. Black businesses don’t even get that kind of government business in Tyler Perry’s Hollywood movies and television shows like “The Oval.”

OK, what does money for Blacks have to do with Kamala Harris and Joe Biden?

Well, the president and vice president have some input about government spending, but the federal government’s purse strings are supposed to be held by Congress. Members of the United States House of Representatives and Senate vote on federal budgets and the president signs or vetoes appropriation bills.

Follow me. Biden and Harris do control their campaign funds, Democratic National Committee funds, and they influence other Democratic spending sources such as House and Senate “Victory” funds.

Still with me?  Forty-eight hours after Harris was selected as the vice presidential running mate, the Biden-Harris campaign raised $48 million! A lot of that money came from campaign contributions made by African Americans, Asians, Jamaicans, Hispanics and other non-white contributors.

Perhaps, Biden and Harris will spend 20 or more million with Black companies that can deliver the extraordinary Black voter turnout that the Democratic Party candidates need to offset the purging, voter suppression, postal service fraud and false political advertising that we all know is coming to keep racists in the White House.

Or, will Biden and Harris be as quiet as a political church mouse and eventually say, “Blacks will vote Democratic anyway so we should give the millions of dollars that Blacks and other minorities contribute to Democratic candidates to highly paid, historically losing white consultants that don’t have a clue about how to make all Black voters, men and women, equally enthusiastic about a change in government?”

Again, any Negro won’t do. Plantation house Negroes couldn’t free the slaves, neo-colonialists didn’t stop the colonization of Africa and the Caribbean and head-scratching, buck dancing and grinning people with melanin will not convince wise and knowledgeable Black women and men to trust government or politics to insure Black progress in America.

One final thing. When I began my professional media career at WSB-TV in Atlanta in 1968, the station hired me and two other Black men. From day one, we all stood up and spoke out about the need for media companies to hire Black women.

Today, looking for Black men in media and in politics is like searching for a needle in a haystack.

Black women, you are now the “flavor of the day” in business and politics. Sisters, please reach out, grab the hands of qualified Black men and pull them up with you as they fought to support your rise and come up!

Black people united will never be defeated or exploited.

Kamala, tell Democrats to spend money contributed by Blacks with Black businesses and Black professionals if you truly want to win on Election Day. 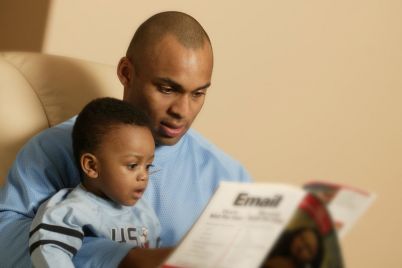 BY JASON ALDERMAN Each year when Father’s Day rolls around, I’m reminded that I…

If a commitment to improving finances is among your resolutions for 2017, you’re…

6 Things You Should NEVER Buy at a Grocery Store