Kwanzaa was created in 1966 by Dr. Maulana Karenga, professor and chairmen of Black Studies at California State University, Long Beach. In 1966, blacks were searching for their identity and challenging racism, discrimination, the right to vote, education, and white supremacy. This decade was marked by the Civil Rights Movement, the Vietnam War, political assassinations, and a very divisive counterculture.

Black people were looking for a change, and there were many riots all over the country. After the Watts riots in Los Angeles, Karenga was looking for a concept that would organize and unify African Americans.

Out of this turbulent period, Kwanzaa was created, and it meant “the first fruits.” Kwanzaa is a cultural, family, community, and a national celebration that brings people together.

It was derived from several African harvest celebrations, songs, dances, African drumming, and storytelling was included in the event. It was a way for African Americans to reaffirm their ancestors and culture, and it would start on Dec. 26 and last through Jan. 1.

The candle lighting ceremony each evening provided the opportunity to discuss and bring Black families and organizations closer together.

This African American holiday celebration has lasted more than 50 years, and it is practiced worldwide. These principals represent values for African Americans that should be practiced every day, and they can stop the hating and the killing that is prevalent and taking place in our communities.

Kwanzaa should be a movement for black people in America, and it should not just be religious or political. “These principles represent values that can strengthen our lives, our families, and our communities, whether you celebrate Kwanzaa or not,” said Melyssa Barrett, founder of Kwanzaa Every Day.

“The founder believes that we can get back to the core of who we are as individuals, and reconnect with our God-given power. We also can work together to build up rather than tear down.”

Every day in the inner city across the country, street, and domestic violence claim thousands of lives. It is time to “let love rule” in African-American communities, and Kwanzaa principles should direct and be the guiding force for our youth and families.

Kwanzaa should not be just a holiday event, but it must be a movement for African Americans across the country 365 days. It is time to eliminate crime in black communities and stop the cycle of hate. We must teach the beauty of our African roots and save this new generation.

Barrett’s dream with Kwanzaa Every Day is to create an actual movement, where people all around the country and world change their lives and inspire those around them to change. Join the movement and share the power of the Kwanzaa principles. 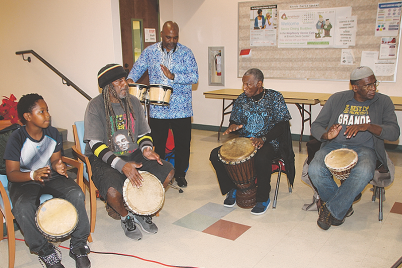 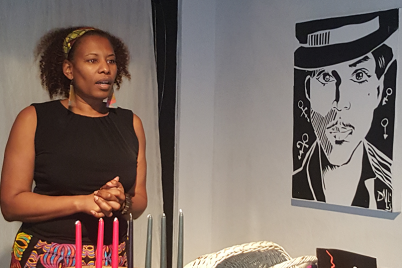 BY ALLEN A. BUCHANAN, Staff Writer ST. PETERSBURG – The Kwanzaa holiday sparkled with…