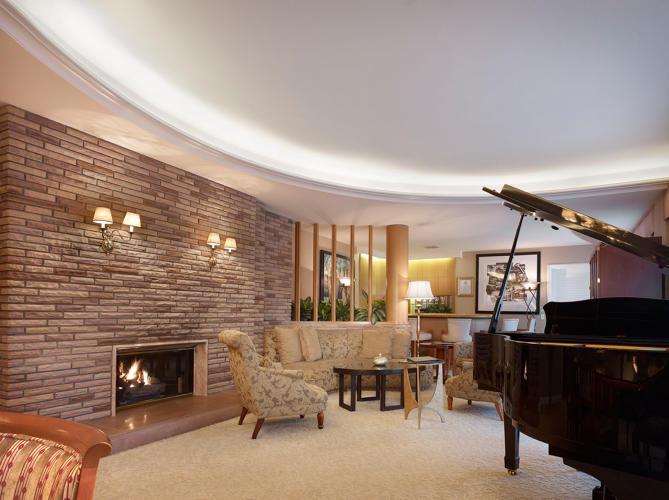 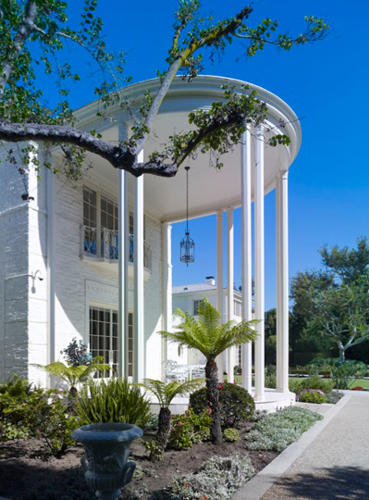 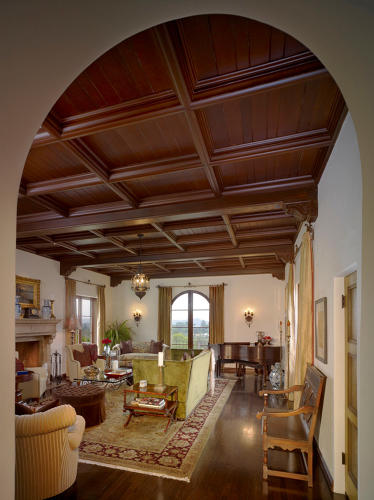 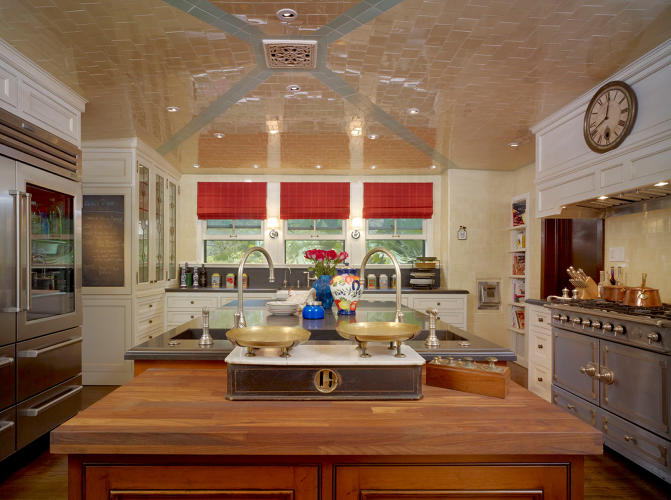 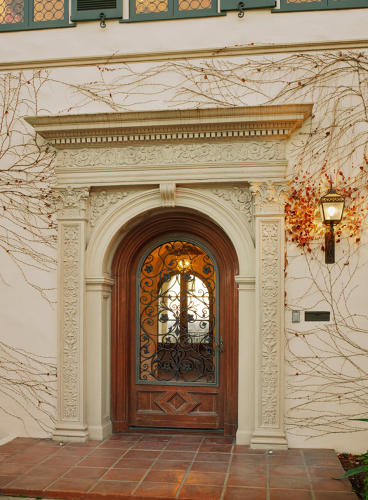 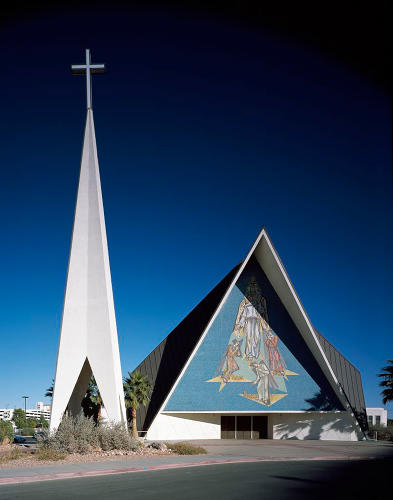 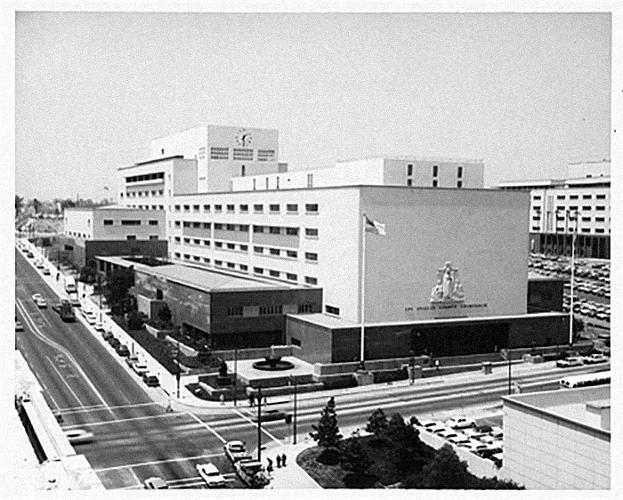 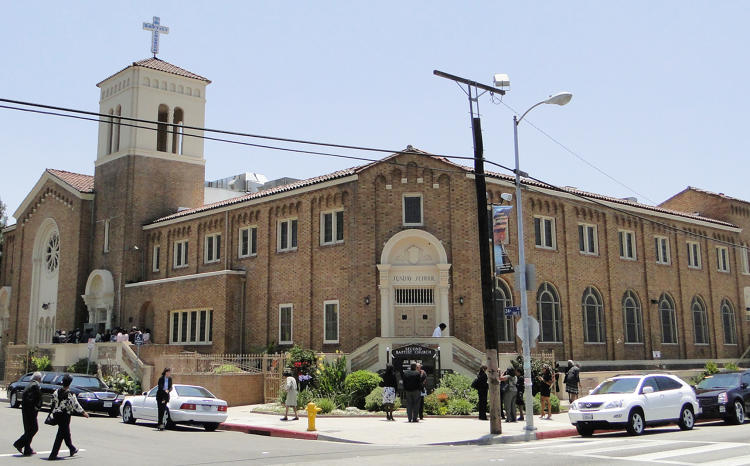 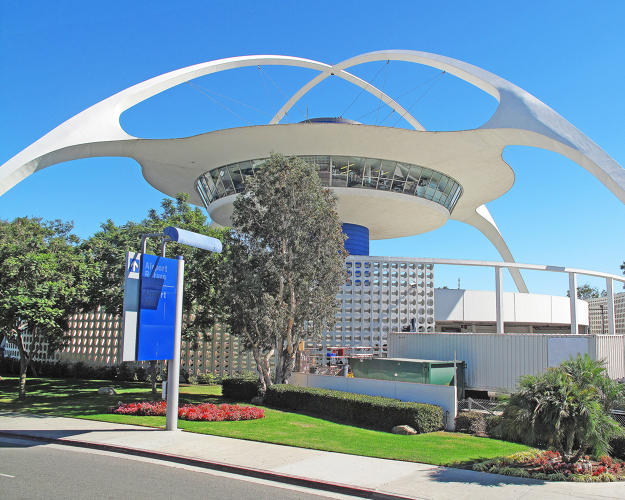 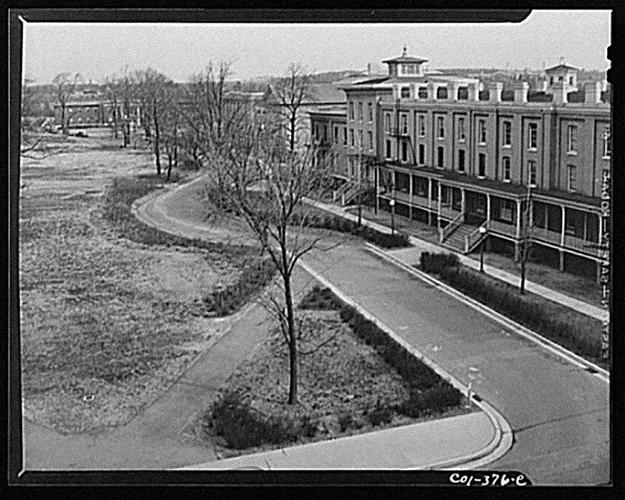 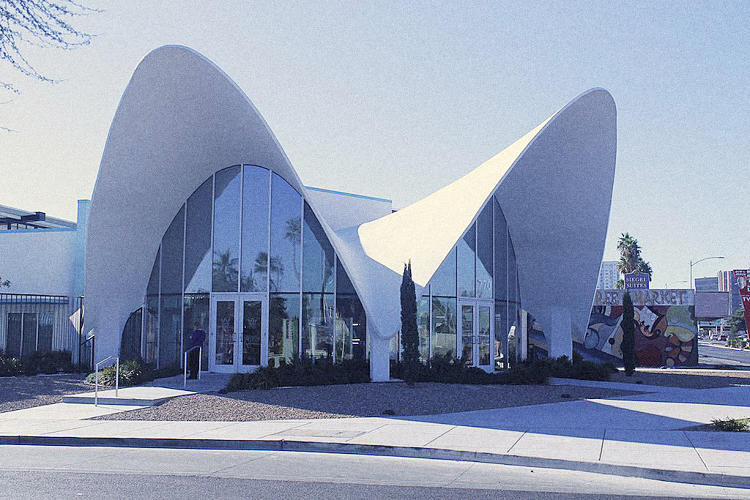 Williams designed over 2,000 buildings during his career; he was known for his Hollywood mansions but also designed affordable housing, conceptual transportation systems, experimental structural systems, and more. “Expensive homes are my business and social housing is my hobby,” Williams once said. Lucille Ball and Desi Arnaz tapped Williams in 1954 to design their Palm Springs residence. Actor Lon Chaney Sr. commissioned two homes from Williams. Frank Sinatra also hired the architect to build a house. Williams recalled the experience designing for the crooner as particularly challenging. “Frank Sinatra wanted a bedroom; press a button and the doors open to the patio. Press another button and the bed rolls out into the patio,” Williams said in a 1970 interview. In 1991, the Harvard Design Magazine described Williams’s residential designs as “affable, well-mannered, gracious, and graceful, a mite different but not so different as to shock . . . a California style of self-assured, easy worldliness.”

But it took a long while for Williams to establish his career. The L.A. native earned his architecture degree from the University of Southern California, where an adviser told him, “There aren’t enough Negroes in Los Angeles to give you a living.”

In Hollywood Style, a book on Williams’s houses, author Karen Hudson (also Williams’s granddaughter) wrote: “His obstacles were great, but nothing could extinguish his brilliance. Unable to participate in the ‘old boys’ network that boosted the careers of most architects of the day, he found ways to distinguish himself and garner clients.” For example, Williams, an accomplished draftsman, was able to draw buildings upside down—a skill he developed to make white clients comfortable, since it allowed him to sit across from them, rather than next to them, during presentations.

Williams spoke eloquently about the professional challenges he faced. In an article entitled “I Am A Negro” published in a 1937 edition of American Magazine—which was cited in Phil Freelon’s presentation to the AIA board of directors as to why Williams deserved the gold medal—he wrote:

I came to realize that I was being condemned, not by lack of ability, but by my color. I passed through successive stages of bewilderment, inarticulate protest, resentment, and, finally, reconciliation to the status of my race. Eventually, however, as I grew older and thought more clearly, I found in my condition an incentive to personal accomplishment, and inspiring challenge. Without having the wish to “show them,” I developed a fierce desire to “show myself.” I wanted to vindicate every ability I had. I wanted to acquire new abilities.

I wanted to prove that I, as an individual, deserved a place in the world.

In addition to renovating swanky hotels and designing mansions for the well-heeled, Williams also designed affordable housing throughout Southern California, including Pueblo del Rio, one of Los Angeles’s first integrated public housing projects, and Langston Terrace, the first federally funded public housing project in Washington, D.C. To help with the housing shortage in the postwar era, Williams wrote two books—The Small Home of Tomorrow (1945) and New Homes for Today (1946)—about ways to creatively and efficiently provide more desperately needed units. In the 1940s, most Federal Housing Authority–financed developments were still segregated, and prohibited African-American buyers from applying. Berkley Square, a 40-acre development in Las Vegas designed by Williams, was one of the few that allowed African-American owners.

As with many architects of the time, prefabrication also piqued Williams’s interest, and he worked with Wallace Neff to design experimental Airform structures—small houses that could be built in a matter of days with simple materials. He was also no stranger to futuristic travel concepts, either; when Lockheed and Guerdon Industries were developing a concept for a car-alternative travel system for Las Vegas, it was Paul Williams they looked to develop a vision. He came up with the Skylift Magi-Cab, a monorail-esque system that could shuttle people from McCarran Airport to downtown.

Denise Scott Brown, who, in 2016, became the second woman to win the 2016 gold medal, admired Williams’s work in Las Vegas. Of his design for the Googie-style La Concha motel, Brown said: “The poetry of the parabolas, representing their fairytale hedonism and structural purity, could lead people like us in our search for expressions of everyday architecture. That’s why I photographed it so frequently.”

Williams deserves the gold medal, no doubt about it. It’s long overdue, just like it was for Julia Morgan, who, in 2014, became the first woman ever to receive the gold medal, some 57 years after her death. Yet the fact that Williams was overlooked for so many decades underscores the lack of diversity in the AIA and its lethargic pace in righting its ways. Last month, the organization enraged its members by issuing a letter in support of Trump and further rankled its ranks in its apology letter, highlighting architecture’s identity crisis.

The AIA is correcting an oversight, but it still has a long way to go. At the end of 2015—the most recent data set—only 22% of its 88,000 members were women; 2% of members identified as African-American. Those are a drop in the bucket compared to the number of men (73%) and whites (68%). The same year, the AIA created the Equity of Architecture Commission to help better understand what’s causing its diversity problem and what to do about it. The official report is due out later this year and it will recommend more outreach in K-12 schools; more data gathering around equity, diversity, and inclusion; and guidelines for firms on how to become more diverse.

While awards could seem trivial in the greater context of everyday practitioners, they still signal the profession’s priorities and offer instant entry into the canon. If the architecture industry as a whole is serious about making progressive strides, it will have to reevaluate how it honors good design. In the case of the AIA Gold Medal, perhaps the organization could take a page from its own book. One of the criteria it uses to evaluate potential winners is how the architect “addressed the future of architecture while honoring its tradition.” How about issuing course correctives andplotting new tracks by awarding the gold medal to one posthumous and one living recipient every year? 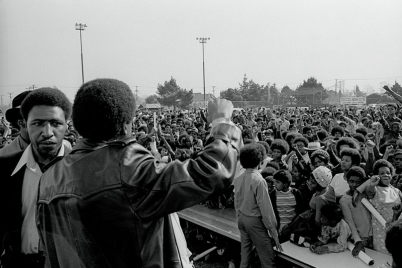