As a criminology professor, I spend a lot of time counseling students who are getting abused in the classroom. In fact, any white male that decides to become a police officer can expect to be attacked viciously by Marxists trying to “transform” the criminal justice system indirectly through classroom indoctrination. These people aren’t criminal justice professionals. They aren’t even teachers. They are tenured bigots invading an institution they wish to destroy. They are sort of like the atheists who enter seminary just to undermine religion.

To make matters worse, the typical criminal justice department also requires students to take several sociology classes. In these classes, tenured white feminists routinely preach about white privilege while directing virtually all of their vitriol towards white males. Ironically, the lectures of many of these unhappy women are fueled by five-dollar white mochas. I like to call them Starbuck Stalinists.

Fortunately, because I spend a lot of time thinking about these matters, I have come up with a solution to protect white male students from the academic lynch mob that earns a living marginalizing them in the name of diversity and inclusion. I call it the whiteness protection program. Its potential for success depends upon the long-term viability of two recent trends in higher education.

The first of those trends is the movement towards online education. Now, a future police officer can get a degree without ever setting foot on a brick and mortar campus. That way, when he enrolls in class, the professor doesn’t know his race, gender, or sexual orientation. He can start to weigh into the online discussion forums with a near-complete demographic presumption of innocence.

Of course, it won’t take long for the professor to inject a controversial topic like the Black Lives Matter movement into the online class discussion. As soon as a student makes a pro police officer remark, the professor will assume certain demographics. For example, a student named Eric Jones will be assumed to be male, which is a safe assumption. But Eric will also be assumed to be straight and white, which is a less safe assumption. So the professor might decide to try to verify Eric’s demographics.

This is where the second trend, gender identity politics, comes in handy. Because gender is no longer a binary concept based upon biology, Eric can now claim that he is a woman when he signs up for his online degree program. He can even demand that his professors use the pronouns she, her, and hers without going through hormonal treatment or surgical genital alteration. I would urge a conservative white male like Eric to just go all the way and demand that his professors call him Erica for safe measure.

By becoming a white female, Erica has taken a load off his mind. But he needs to insulate himself from the attacks on his white privilege by taking care of the white part of his identity. And that is actually very simple. He can just mark the box for “African American” on his college application. If challenged, Erica can claim racial discrimination. Clearly, the claim that someone can change genders but not race is indefensible. It puts gender identity politics in the forefront of the diversity movement while sending racial identity politics to the back of the bus. And that’s clearly racist!

(Author’s Note: There is no question about sexual orientation on the college application. However, it goes without saying that if Eric is still attracted to women when he becomes Erica, he can claim lesbian status and check off a third victim category).

The only remaining hitch is the prospect of having to take a picture for a student ID upon enrolling at the university. If that happens, students should just refuse to take the picture. If the university insists on a photo, a lawsuit is in order. Facial profiling and the ideology of facial supremacy upon which it is based simply have to be eradicated. All progressives should be on board with this. Abolishing photo IDs is the key to their future electoral success. If an illegal alien can vote without one, why can’t a white guy enroll in college without one?

So there you have it, white male conservatives. To recapitulate, the key to escaping from classroom oppression involves just four easy steps:

1. Enroll in an online degree program using your temporary black lesbian identity. This will make you a BLUG, which is even more chic than being a LUG (lesbian until graduation).

2. Decline the request to submit to the facially discriminatory photo ID requirement. Or hire someone as a stand-in for the picture. It’s not identity theft if you consent.

3. Inform your professors of your preferred pronouns and new name. If you really want to have fun, demand to be called “her majesty.”

4. Reclaim your former straight white male identity after you graduate. Of course, this is optional if you decide to take a job somewhere in California.

Perhaps the best part of my whiteness protection program is its temporary nature. One can simply leave the program at any time. Unlike the real mob, the academic mob will never come looking for you after you leave campus. Your Marxist professor derives power from tenure, which no one recognizes as valid in the real world.

It may sound controversial but everyone wins under my new policy. The straight white male will get an education free of retaliation for his so-called white privilege. Finally, the traditional classroom will become a safe space for the sharing of grievances by minorities, feminists, and alphabetically marginalized Americans.

By Caleb Gayle | The Guardian Cleophus Smith started working at the Memphis, Tennessee,… 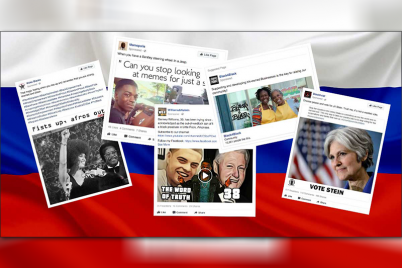