Toni Morrison has written a powerful essay in the aftermath of Donald Trump’s election as president of the United States, and it gets right to the heart of why Trump won.

In a piece titled “Mourning For Whiteness” from the November 21 print issue of the New Yorker (published online Monday), the Pulitzer Prize-winning novelist argues that Trump won due to the terror of privileged white men in the face of a rapidly diversifying country.

“Under slave laws, the necessity for color rankings was obvious, but in America today, post-civil-rights legislation, white people’s conviction of their natural superiority is being lost,” Morrison writes.

“There are ‘people of color’ everywhere, threatening to erase this long-understood definition of America. And what then? Another black President? A predominantly black Senate? Three black Supreme Court Justices? The threat is frightening.”

As Morrison explains it, the subconscious fear of losing the “comfort of being naturally better than,” the comfort of not being followed in a department store for instance, was a huge motivator for many White Americans.

Morrison argues that white Americans and particularly white men are so afraid of the collapse of white privilege that they “flocked to a political platform that supports and translates violence against the defenseless as strength.”

On Election Day, how eagerly so many white voters—both the poorly educated and the well educated—embraced the shame and fear sowed by Donald Trump. The candidate whose company has been sued by the Justice Department for not renting apartments to black people. The candidate who questioned whether Barack Obama was born in the United States, and who seemed to condone the beating of a Black Lives Matter protester at a campaign rally. The candidate who kept black workers off the floors of his casinos. The candidate who is beloved by David Duke and endorsed by the Ku Klux Klan.

Morrison’s take on the election is one that has been echoed by many other commentators, including Van Jones, who described it as a “whitelash against a changing country.” As the uptick in hate crimes across the country and Trump’s appointment of controversial figures like Steve Bannon to his cabinet continues, it becomes clearer and clearer and clearer that race most definitely played a role in this election.

Read the full essay at The New Yorker.

Are You Suffering From A Blackache?

By Charles Cole, III – Huffington Post Are you experiencing a Blackache? Diagnosis… 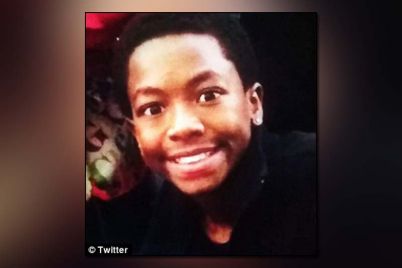 BY GARETH DAVIES FOR MAILONLINE Tyre King, the 13-year-old shot dead by a veteran…