ST. PETERSBURG — Sydney Soskin, an IB student at St. Petersburg High School, had activity-filled weekends of homework and Temple-related activities when she received a phone call from a friend who asked her to attend a college planning session with her.

While Sydney was hard-pressed to find the time, she thought that any information would supplement the total lack of knowledge she had about the college application and financial aid processes.

After begrudging agreeing to sacrifice her precious Saturday mornings, the decision would have a profound impact on her scholarship trajectory — a $310,000 impact!

Sydney accompanied her friend to their first Pinellas County Schools College Planning Cohort Session in the computer lab at St. Petersburg College in January of her junior year of high school.

While Sydney’s friend found the work to be a little overwhelming and eventually withdrew from the program, Sydney would go on to attend each monthly session, including a four-day summer College Planning Boot Camp.

Sydney, the first in her family to attend college, approached the program with the same intensity as she does her IB studies. She read each page of the textbook “A High School Plan for Students with College-Bound Dreams,” completed all of the online curriculum units, attended each of the monthly meetings and met one-on-one with her advisors for college planning guidance and essay reviews.

Her efforts paid off in identifying a group of colleges to which she was well-matched, writing essays that told her story, and identifying the scholarships and financial aid policies that would meet her full financial need.

Sydney’s mother, Wendi Soskin, attended sessions with her to complete the FAFSA, CSS Profile and Net Price Calculators for each of her desired schools. Both she and Sydney sat in shock when they first learned of the thousands of dollars in student loans she would be forced to borrow, even after receiving the Florida Bright Futures and Take Stock in Children Scholarships.

After completing the Net Price Calculators, her mother, who is on permanent disability, declared, “I don’t have $16,000 a year to pay for room, board, books, and fees. I thought that the Bright Futures and Take Stock in Children Scholarships paid for everything!”

The program’s founders and advisors offered reassuring words to Sydney and her mom, telling them not to worry, and the “right” school would be found.

Following their advice, Sydney identified three full scholarship opportunities for which she was well matched. She set goals and expanded her leadership roles and activity involvement in ways that reflected her passions. She took months crafting essays that told her story.

After being offered admission to Elon University, Sydney was preparing to interview for a full scholarship opportunity in the Elon University Odyssey Scholars Program.

Dr. Mychal Wynn the program’s creator and author of the online curriculum and educational consultant, was preparing a nomination to the Northeastern University Torch Scholars Program, her second full scholarship opportunity.

However, on Dec.16, 2019, Sydney remembers feeling anxious about logging into the University of Chicago’s student portal to check the status of her Early Decision Application. She could not believe the words written on the screen.

“Congratulations! It is my pleasure to inform you that you have been admitted to the University of Chicago’s Class of 2024.”

The tears began to flow. Not only was Sydney one of only two students in the state of Florida to be offered Early Decision admission to the university — the country’s number six ranked college – she also learned that the full scholarship opportunity was valued at more than $310,000.

Since the initial four-day College Planning Boot Camp held at Gibbs High School during the summer of 2018, the program, under the auspices of Dr. Lewis Brinson, minority achievement officer for Pinellas County Schools, has expanded postsecondary college and scholarship pathways for students from lower-income families and those who will be the first in their family to attend college.

The program has hosted four-day summer College Planning Boot Camps for middle and high school students. A few highlights include:

All three students were part of the first cohort of students to participate in the program. As other students in Sydney’s cohort continue to receive their college acceptances and scholarship offers, her Early Decision notification means that she needs to start packing her bags — she is UChicago bound! 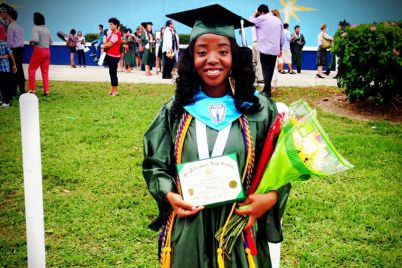 Focused on the future

BY ISEYANA LATRICE WHALEY ST. PETERSBURG —Seventeen years ago on a doctor’s urgent… 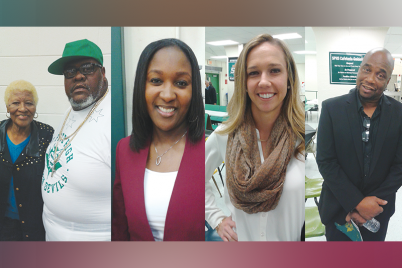 A hall of fame night to remember