By LAUREN FRUEN FOR DAILYMAIL.COM

This is the horrifying moment a young woman appears to desperately warn her neighbors to ‘lock their doors’ before being shot dead by her boyfriend.

California police say Chanell Brown, 23, was ‘executed’ in front of officers by Earnest Easterling, 25, on October 27. He was then shot dead by Sacramento County cops.

Distressing home security footage shows the moment the killer turned his gun on his girlfriend after she pleaded with him to stop as he threatens to ‘blast’ her.

Chanell begs neighbors to lock their doors in the harrowing footage as Easterling hits her. He appears to accuse her of calling the police, adding: ‘I didn’t do s***.’

Man was ‘awoken by demons’ before ‘killing his girlfriend, a mother-of-one, with a bible, a frying pan and a pipe’

By HANNAH MOORE FOR DAILYMAIL.COM A Florida man charged with murdering his friend… 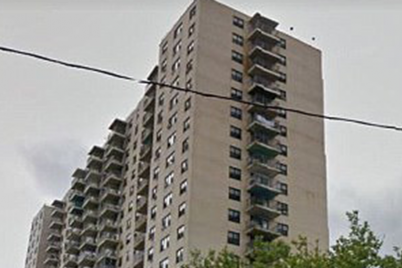 By Martin Gould In Kansas City, Kansas For Dailymail.com Adrian Jones was a tiny bag of…