Marcus A. Brooks, community engagement advocate manager for the Center for Health Equity, served as moderator.

“Every single thing up to this moment has been about challenging systems that just simply hasn’t worked for us,” said Bristol, who aimed to give more exposure to African-American art when she opened Gallerie 909.

Bristol organized a peaceful protest when in 2014, when Michael Brown was fatally shot by a white officer in Ferguson, Mo. Sherrod said Brown’s murder “hit very close to home,” as she left for college the same time Brown would have had he not been killed.

“Student-led organizations have been the basis for my activism,” Sherrod said, who joined campus-based initiatives when she attended East Carolina University.

Paul, who spent time abroad during his military days, said, “As I came back and started looking at our own country, I realized there was a lot of work that still needed to be done here,” adding that he’s still “out there fighting for everyone every day.”

Bristol explained that a cross-section of people have been coming together to engage in protests — including many first-time demonstrators who were horrified by the death of George Floyd — and their viewpoints are the same.

“I find that most people, whether they’re out marching, whether they’re supporting with donations, creating sign creation — I feel that people simply can’t afford to sit this out,” she said.

She added: “Change doesn’t happen when you’re comfortable,” noting that there is a varied swatch of race, age, and socioeconomic standing among the protestors calling for change.

Edmond agreed, pointing out that it is a “kaleidoscope” or people participating, and said that some of the media coverage has been skewed, not presenting the protestors in a flattering light. In this vein, these media outlets are perpetuating systemic racism. He urged those who want to be part of this movement to join them any evening in front of St. Pete City Hall at 7 p.m.

“Come feel the atmosphere,” he said. “Come see for yourself. If you don’t want to be in the street, walk on the sidewalk. But don’t let media reports form your judgment.”

Edmond said everyone could play even a supporting role, like driving people to the protests or writing articles or opinion pieces that call for needed changes.

Brooks pointed out that support for the Black Lives Matter movement has drastically increased since the murders of Breonna Taylor, Ahmaud Aerbery and George Floyd.

“If we’re going to make a fundamental change here,” Green said, “we’re going to have to be honest about the foundation of this nation,” adding that the Black Lives Matter Movement can be viewed as a response to the long-running notions of white supremacy in this country.

Green warned that the current popularity of the Black Lives Matter conversation can actually be something that prohibits “concrete change,” explaining that the “appetite of mainstream society fluctuates.”

“We make these incremental changes, and then people are like, ‘Okay, we’re good. It’s enough.’ George Floyd wasn’t the first time that we knew Black people were being murdered by the police in truly heinous ways,” she said. “So I’d like to remind people that the movement for Black lives is not about the death of Black people; it’s about protecting the lives of Black people.”

Although St. Pete is considered progressive, it is conservative by nature and segregated, Green said, as not enough people in the community are willing to outwardly point out the inequities that still exist.

Sherrod, who studied sociology and African American studies in college, noted that people in this country tend to think of racism in binary terms, and believe that racism primarily exists in overt words and actions.

“A lot of people don’t understand that just because someone didn’t blatantly say that they hate a certain group of people for being whatever skin tone, or whatever ethnic background, doesn’t mean that they don’t help perpetuate racist ideas,” she said.

Our current president is one such person, Sherrod said, who uses hateful rhetoric that helps perpetuate racist ideologies, and that “gives fuel to people who already do believe that and manifest those types of things in their daily lives.” Conversely, those who claim to be color blind, particularly whites, may be blinded to the inequities that can occur because of certain people’s race.

“They can end up reinforcing those same discriminatory practices because they choose to not recognize that people are treated differently in society,” Sherrod remarked.

Paul, who is white, said he believes the murder of Floyd was a tipping point for many white people. He felt he needed to do something and personally joined in the demonstrations to help “amplify these Black voices” in protest.

“What I believe white people can do is we can be an ally in this fight,” he said. “We need to be…we have to take a stance. We have to march — figuratively and literally — with our Black brothers and sisters.”

As racial profiling is a part of daily life for African Americans of all ages, Sherrod said during her first week at college, someone down the hall from her dorm “randomly called one of us the n-word.”

“Because I experienced it so much throughout my childhood and in school, that wasn’t even a shocking thing for me,” she recalled.

Edmond believes a kind of profiling has found its way into the current protests and postulated that because of the number of white faces in the crowds in St. Pete, police have assumed a different posture than if there had been a black majority.

Randall Russell, the Foundation’s president, was asked to share a few words about racism in Pinellas County, and their fight to bring equality to the area.

“It is with a reverence that we start this considerable journey we’re on, and that reverence is to all of the pain and horror that has been wreaked upon Black folks in the United States. And yet, there’s optimism to be had.”

Russell pointed out that COVID-19 cases have been trending upward since the state’s reopening, and in Pinellas, the numbers show that African Americans are 2.5 to 3.5 times more likely to contract the virus than whites.

The Foundation is focused on disease mitigation and on what COVID has done to Black and brown businesses. It also accelerated its 2020 plan for race equity system change and is in the midst of establishing the Pinellas Race Equity Leadership Council. Though the Center for Health Equity is currently closed due to the pandemic, it is being utilized for government requests. Russell encouraged members of the community to provide input by visiting healthystpete.foundation/PLEDGE. 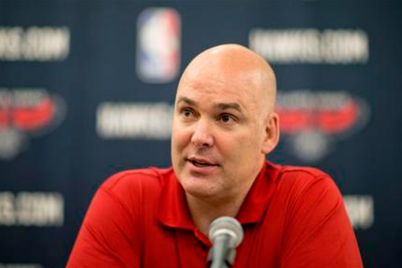 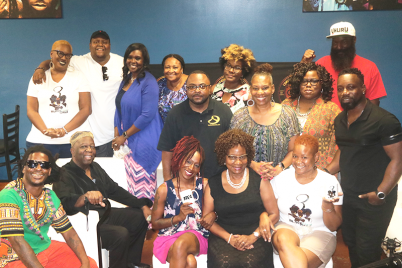 Black media outlets came together to discuss coverage of the black community By J.A.…