Since Tuesday’s elections held throughout the nation, an already iconic photo has been sweeping the internet—of 26-year-old Mariah Parker taking her oath of office as Athens-Clarke County, Ga., commissioner for District 2, with her mother holding, not the Bible or Quran, but another good book: Alex Haley’s Autobiography of Malcolm X.

Meet Mariah Parker. The book she’s swearing on is the autobiography of Malcolm X. The person holding the book is her mother. SHE WON BY THIRTEEN VOTES! Every. Vote. Matters!!!!! pic.twitter.com/HJUWcbx2pP

Parker, who reportedly won by only 13 votes, ran as a progressive, and on her campaign website she declared that “it’s time for bold, progressive leadership in Athens.”

Athens-Clarke County has recently been in the news for one of its police officers deliberately hitting a black man with his cruiser.

In a discussion after her election, Parker said that she wants to take on affordable housing and gentrification, particularly as it relates to the University of Georgia.

“The university extracts a lot of resources from this community and doesn’t give back enough,” said Parker, who is a Ph.D. student in linguistics and a rapper who goes by the name Lingua Franca.

How Is Digital Mapping Changing The Way We Visualize Racism and Segregation?

By Mitchell Sunderland, Vice The annual Heritage Harvest Food Festival is hosted at… 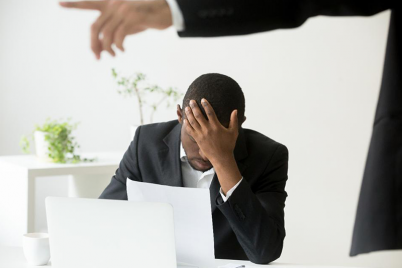 2020 Has Been Difficult For The Black Community. Discrimination At Work Only Adds Insult To Injury

2020 Has Been Difficult For The Black Community. Discrimination At Work Only Adds Insult…